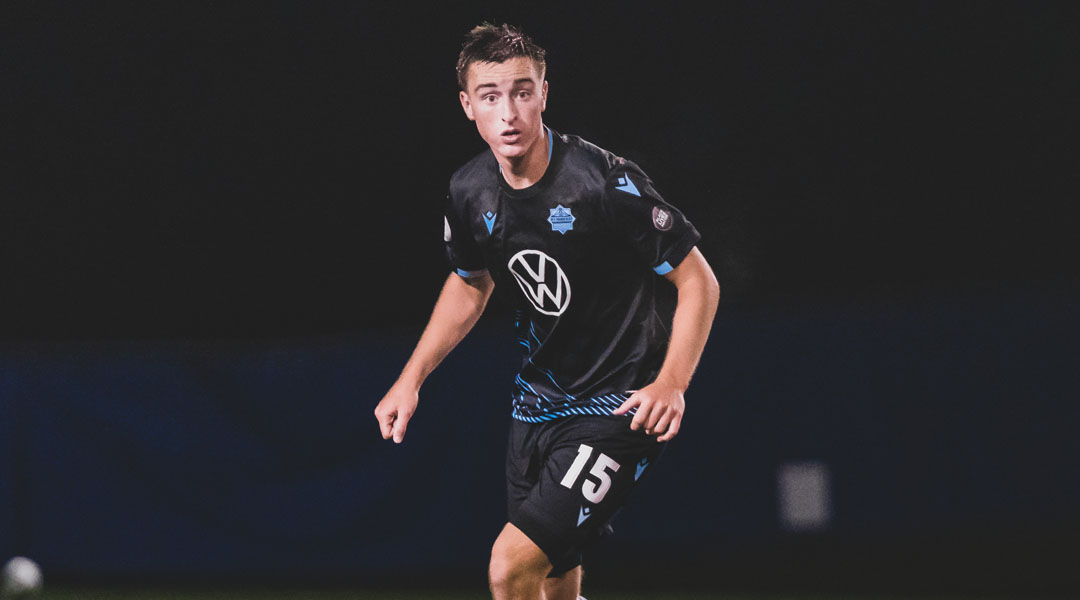 He’s back: Haligonian midfielder Scott Firth has committed to a new one year contract with the Halifax Wanderers, marking his third straight year with the side. The new deal includes options for 2022 and 2023, too.

The 20-year-old midfielder has made eleven appearances for the east coast side in all, mostly as a substitute. The club had previously confirmed that his return to the side was dependent on how things went during preseason camp this year.

The six-foot-one local athlete evidently impressed well enough, returning on a multi-year deal that could extend his overall stay with the club to at least five seasons – though he’ll be hoping to get collect more minutes than he saw in the prior two campaigns.

We’re always pleased when we can sign and retain a local, high calibre player in our squad. Scott understands what it means to be Nova Scotian. He is a local young man representing thousands of fellow Haligonians on the pitch and has benefited from the great youth club development systems around us.

The Halifax Wanderers announced the signing of 2021 CPL-U SPORTS Draft pick Stefan Karajovanovic earlier today, with the club expected to announce Kareem Sow and another domestic player in the very near future.

The club hasn’t been afraid to make use of the local talent pool, announcing the formation of a local U-23 side earlier this year. Goalkeepers Christian Oxner and Kieran Baskett also stem from the city, the former of whom helped the side reach the CPL Final at last year’s Island Games tournament.

The Halifax Wanderers have now signed twenty players ahead of the 2021 Canadian Premier League season, which will kick off in a temporary bubble format on June 26 in Winnipeg, Manitoba. The opening weekend will see the Wanderers kick off with a coast-to-coast clash against Pacific FC.

The financial details of Firth’s multi-year deal with the club were not disclosed by the Halifax Wanderers.