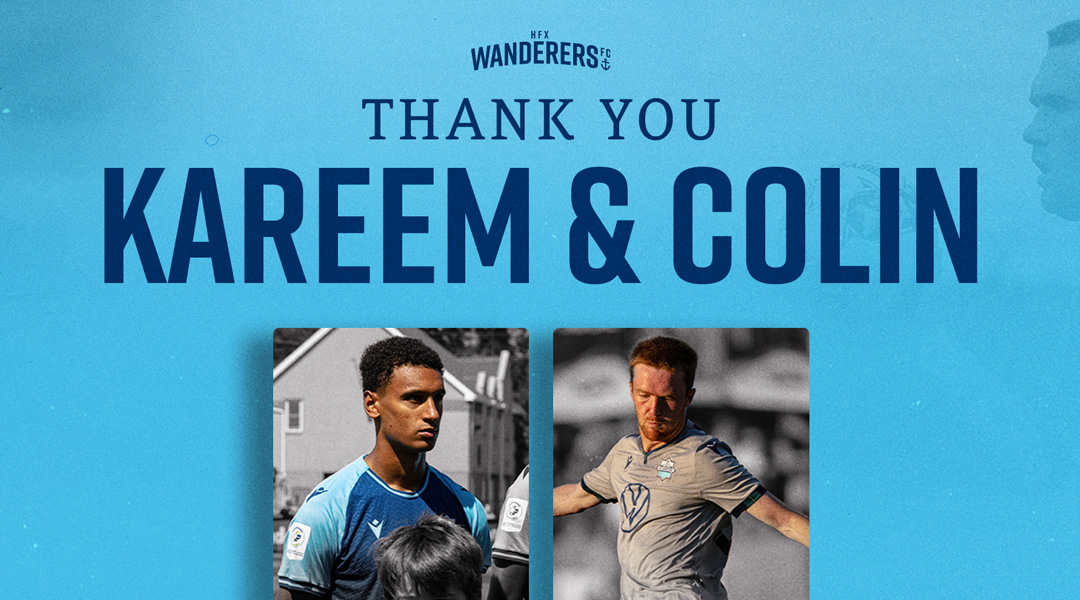 The Halifax Wanderers have confirmed that defenders Colin Gander and Kareem Sow have returned to their respective universities ahead of the fall academic term.

This was Sow’s second season with the Wanderers on a U SPORTS deal, with Colin taking his first professional steps with the side this year. All-told, the duo combined for 22 appearances across all competitions.

Gander was selected by the side in this year’s CPL-U SPORTS Draft, with the 22-year-old Guelph United left-back going on to make seventeen appearances for the east coast side. He now returns to the University of Guelph, where he’d previously picked up an OUA trophy with the Gryphons.

“Colin has been another good find in the U SPORTS system and further proof why this pathway works well,” detailed Halifax Sporting Director Matt Fegan. “Since day one, he has been excellent in our group and earned valuable first-team minutes.”

The club made it clear that he’s in consideration for a future contract following his expected graduation next year. Outside of U SPORTS, the club is also seeking up-and-coming talent through their a local U-23 team, too.

Sow’s influence in the club’s hard-fought campaign was limited to five appearances, less than the 21-year-old’s eleven matches last year. Having come into camp late, the University of Montreal product still departs having left a good impression.

“As we saw last year, Kareem showed excellent professionalism coming into the squad and competing for minutes which will only help his development,” added Fegan. “We’ll continue to support his balance of football with his studies and hope to continue working with him in future seasons.”

The young defensive duo have both agreed to give the Halifax Wanderers first right of refusal for additional contracts in 2023, which means they won’t need to go through the CPL-U SPORTS Draft to land a contract next year.

The Wanderers have now found themselves down several bodies in the back, especially with Mateo Restrepo having left to pursue a medical career. That being said, the club is rumoured to be bringing in a replacement with experience in the MLS Academy system.