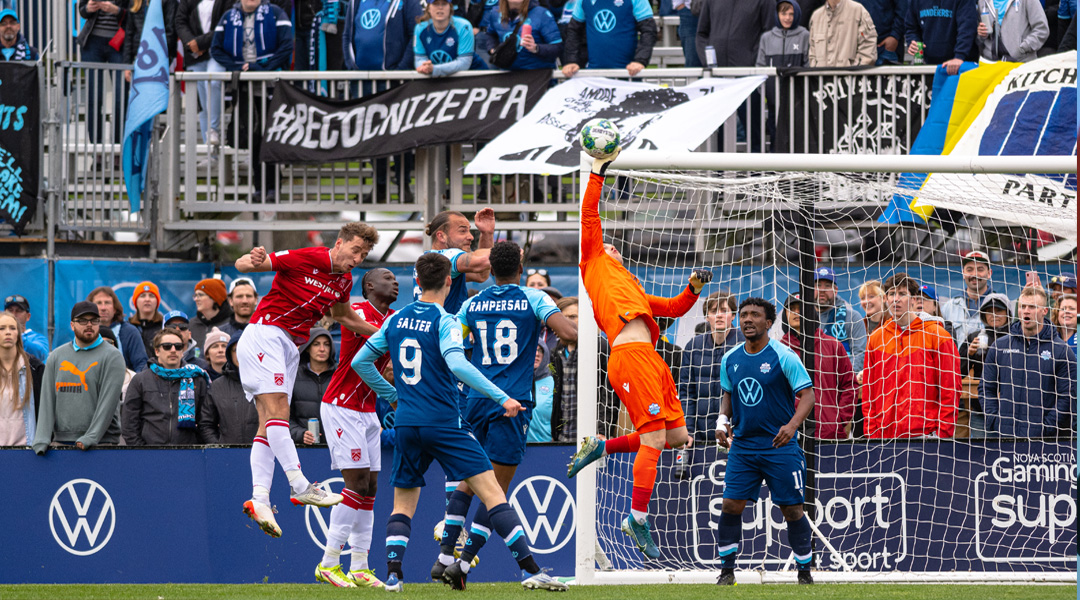 The Halifax Wanderers could be in for an off-season with plenty of roster turnover following the sacking of head coach Stephen Hart.

The outbound gaffer had built (and rebuilt) the club roster over the last four years, undergoing a large-scale roster transition in 2020 that saw immediate success on the pitch in the season afterwards, but not so much beyond that.

With all but four players heading into option years or the end of their contracts, Hart’s ultimate successor will have some big choices to make in determining the shape of next year’s Halifax Wanderers roster. To that end, Wanderers President Derek Martin told The Coast’s Martin Baumann that he expects only about 50% of the roster to return.

The shortlist of players on guaranteed contracts includes Joao Morelli, who’s absence this season was felt from start to finish. There’s also some late-season additions on multi-year deals like Fumpa Mwande, Ludwig Kodjo Amla, and Cristian Campagna, but for the rest of the squad there are decisions to be made.

“The truth is that the group we’ve had has had, you know, two years now to perform on the pitch and for whatever reason, or reasons, we haven’t been able to do it,” Martin told The Coast in an recent interview.

Having scored the least out of any team for two seasons running and having conceded more than all but one team this year, we’d guess that much of the roster on both ends of the pitch will feel particularly unsafe entering the offseason.

The Wanderers had cut no less than sixteen players after a disappointing inaugural campaign, though while next year’s rebuild could be large it likely won’t match that level of magnitude.

The club hopes to secure a successor for Hart by November or December, allowing the new head coach time to prepare himself for what looks set to be a busy January transfer window. The search for this replacement has already begun, with Martin hoping to secure a new gaffer who can establish an offensive, attacking style that will provide excitement for the sellout crowds at Wanderers Grounds.

While many had thought assistant coach Alejandro Dorado would be a shoe-in to replace Hart, there appear to be no guarantees for the former Rafa Benetiz staffer on whether he may land the job, or whether his position as an assistant will be safe if a new gaffer comes in instead.

“This isn’t all on Stephen, but I think we owe it to our organization and to our fans to really cast a wide net [in search of a replacement],” Martin’s interview with The Coast continued.

Last season saw a similarly wide-scope approach from York United ultimately land close to home with the hiring of former Cavalry assistant Martin Nash, though it remains to be seen who takes the reigns out east. To that end, Martin has confirmed that the club has received inquiries from both domestic and international coaches.

Survey: Most Residents In Quebec City In Favour Of CPL Team