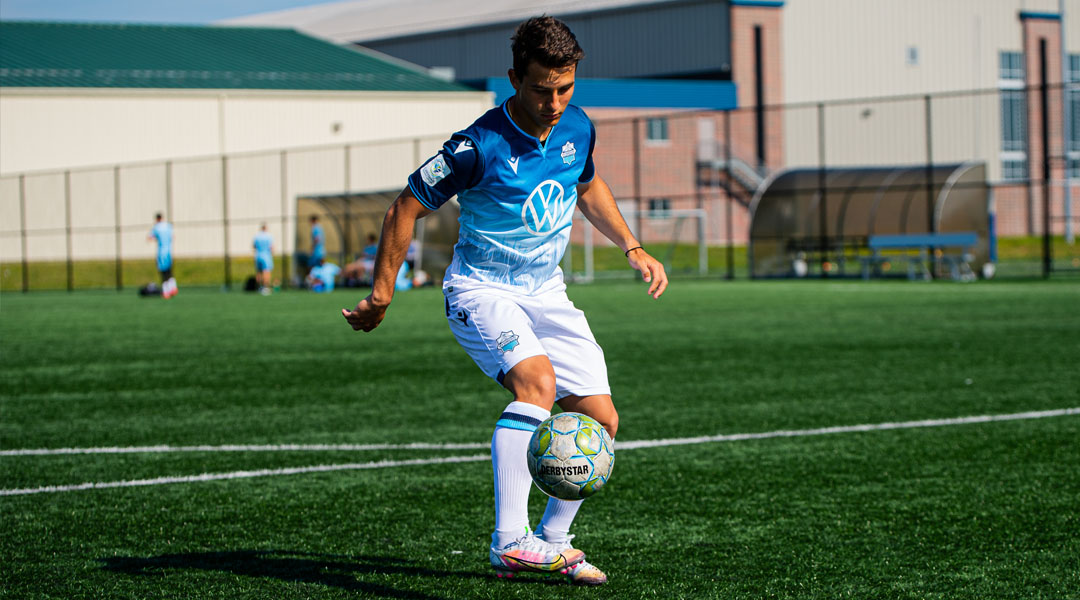 Canadian Premier League side Halifax Wanderers has confirmed that 2021 CPL-U SPORTS Draft pick Stefan Karajovanovic has been signed on a professional contract with a club option for 2022.

The 22-year-old had been drafted by York United in 2019 after we name him one of the draft’s most prolific forwards, though he wasn’t able to crack a roster spot with the Nine Stripes ahead of The Island Games.

With Stephen Hart selecting him this January and extending a professional contract offer with the Wanderers, however, it’s clear that Karajovanovic has built up momentum on the east coast.

He’s a dynamic in-the-box type of striker, very similar to Akeem Garcia in his qualities, likes to get in behind, makes good runs and movement and he’s two-footed, so he gives us a little bit of extra depth up top.

Hart has found ample success with CPL-U SPORTS Draft picks, with the likes of Christian Oxner, Peter Schaale, Cory Bent, and Jake Ruby all remaining with the Wanderers after being initially picked up across the span of the first and second CPL drafts.

It is expected that the other Wanderers draft pick, Kareem Sow, has signed as well, with the club set to announce a further two domestic signings in the near future. The club has also added domestic athletes Morey Doner, Kieran Baskett, Jeremy Gagnon-Lapare, Pierre Lamothe, and Samuel Salter over the course of the prolonged offseason.

With Stefan’s addition, the Halifax Wanderers have now signed 19 players ahead of the 2021 Canadian Premier League season. The full-length campaign will kick off in a temporary bubble format in Winnipeg, Manitoba on June 26, with the Wanderers starting the season with a coast-to-coast clash against Pacific FC.