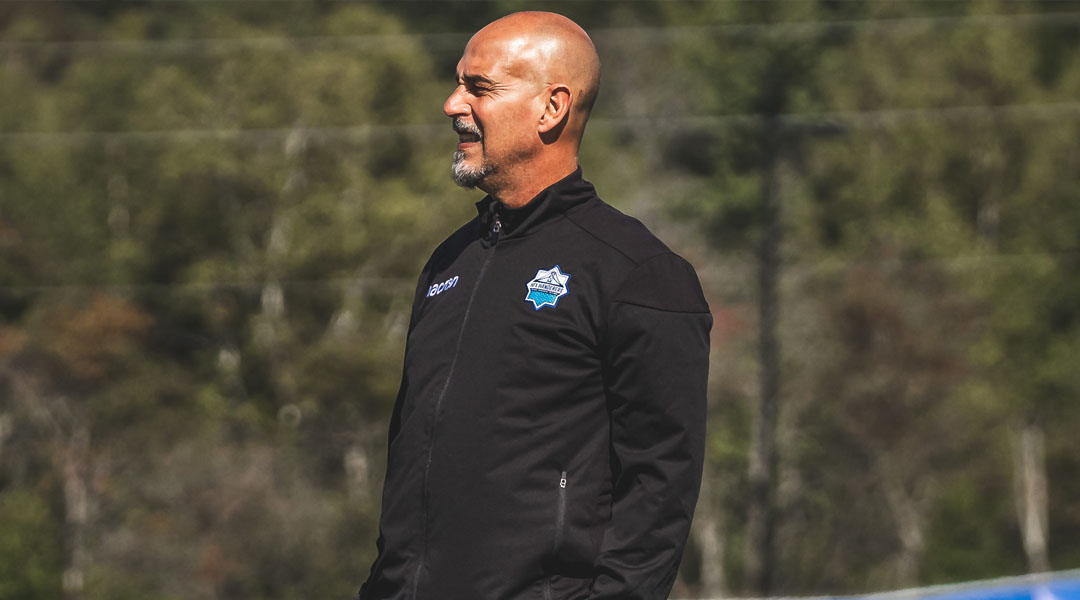 The 60-year-old club gaffer became the side’s first-ever coach in June 2018, nearly a year ahead of the the inaugural Canadian Premier League campaign. While that season saw the side finish last, Hart oversaw a near-total squad rebuild that resulted in the Wanderers finishing as runners-up at The Island Games, with the head coach picking up a CPL Coach of the Year award for his efforts.

Club President and Founder Derek Martin has no doubts about it: he believes Hart is the correct man for the job out east.

Hart was the right person to lead our club on the pitch three years ago and he remains the right person to lead our club into the future. Building a club from scratch is an arduous and exciting journey that requires a talented team committed to working together in the pursuit of something bigger than oneself. Our greatest asset as a club is our people and as the face of our club, Stephen personifies our ethos ideally.

Hart is a longtime staple of the Halifax soccer scene. He arrived to the province from Trinidad and Tobago in 1981, playing for the Halifax Privateers and starting his university career with the Saint Mary’s Huskies, for whom he is now in the Sport Hall of Fame.

He would adopt a player/coach role with club side King of Donair later on, leading the team to four consecutive league titles and six cups. He also began volunteering his time as a coach at the youth level, and was named the technical director of Soccer Nova Scotia in 1993 while also serving as the province’s head coach at the 1993 and 2001 Canada Games. He also spent four years coaching with his alma matter, the Saint Mary’s Huskies.

His efforts resulted in coaching opportunities at the national team level, with Hart coaching at the U-17, U-20, and U-23 levels before being named the senior side’s head coach in 2009. He led Les Rouges to a 42% win rate after 35 games played, with the head coach then joining his native Trinidad and Tobago for 2013-2016, though issues receiving payment there saw Hart win a lawsuit against the TTFA two years ago.

It was after all of this that Hart found a new home with the Halifax Wanderers, who were preparing for the inaugural Canadian Premier League season at the time. Now heading into his third season as the club’s head coach, Hart appears just as enthusiastic about the role today as he was before the league had kicked its first ball.

This club is a project I believe in. Any successful sporting environment has a few things; solid backroom staff, really good administration, and ownership that have a vision. Derek has built a foundation here at the club that allows us to take our time, we all know there are going to be a lot of bumps in the road, but anything worth doing is going to have that.

Hart reflected on his time with the side so far, earmarking two special moments he reflects on fondly: the first is his club’s inaugural home match at Wanderers Grounds, where his side recorded a 2-1 victory over eventual champions Forge FC.

I remember the opening game in the stadium, hearing the national anthem, seeing the sell-out crowd. As soon as that first game was over and all the smoke went off in the stadium… it smelled like football, it had that atmosphere that was like, ‘whoa, this is even beyond what I thought could actually happen.’

This is a sentiment that a lot of athletes have had about the general quality of the CPL, with the league surpassing expectations in both the Canadian Championship and Concacaf League action, too.

The Island Games also saw Hart wax nostalgic about a 1-1 draw against York United, which he describes as the first time he got a deep emotional feeling that the players really believed in what they were trying to achieve as a club.

We were playing with ten men for a huge part of the game. The way they buckled down, I think any coach being in a situation like that would always remember that.

While Hart’s future is now secure for a further three years, his immediate focus is on the upcoming campaign: the side has signed 18 players ahead of the 2021 Canadian Premier League season, of which five are new signings and thirteen are returning from the club’s prior Island Games campaign.

The side most recently announced the return of Jake Ruby, with the Wanderers also disclosing that former Raith Rovers full-back Jamie Watson was set to trial for a CPL-U SPORTS contract. The side will also see Kareem Sow and Stefan Karajovanovic battle for roster spots after the duo were selected by Hart in the 2021 CPL-U SPORTS Draft.

The club’s first and only head coach recognized how difficult 2020 was for everyone when he accepted his CPL Coach of the Year Award, using today’s news to further emphasize how lucky he feels to be involved in an industry that provides a lot of joy and escapism to spectators around the globe, but especially in Halifax.

Sports has always been an avenue of escape and we’re fortunate to be involved in it. We’re lucky that there are a lot of people that depend on the sport to give them that moment away – go somewhere with friends, have a meal and some drinks. Escape is important in society and I hope the Wanderers continue to provide that in Halifax for years to come.

With preseason camp expected to fully begin in March, Hart’s side will have ample time to prepare ahead of the 2021 Canadian Premier League season’s expected late May start date. The team is also in the midst of launching a Wanderers Selects side amidst a new youth coaching partnership with Soccer Nova Scotia.

Hart is the most veteran coach in the league, being some fifteen years older than new Eddies gaffer Alan Koch. Each CPL season has resulted in one coaching departure so far : Pacific FC replaced Michael Silberbauer in 2019, with FC Edmonton replacing Jeff Paulus in 2020.

The Halifax Wanderers did not disclose the financial details of Hart’s new three-year deal with the club.