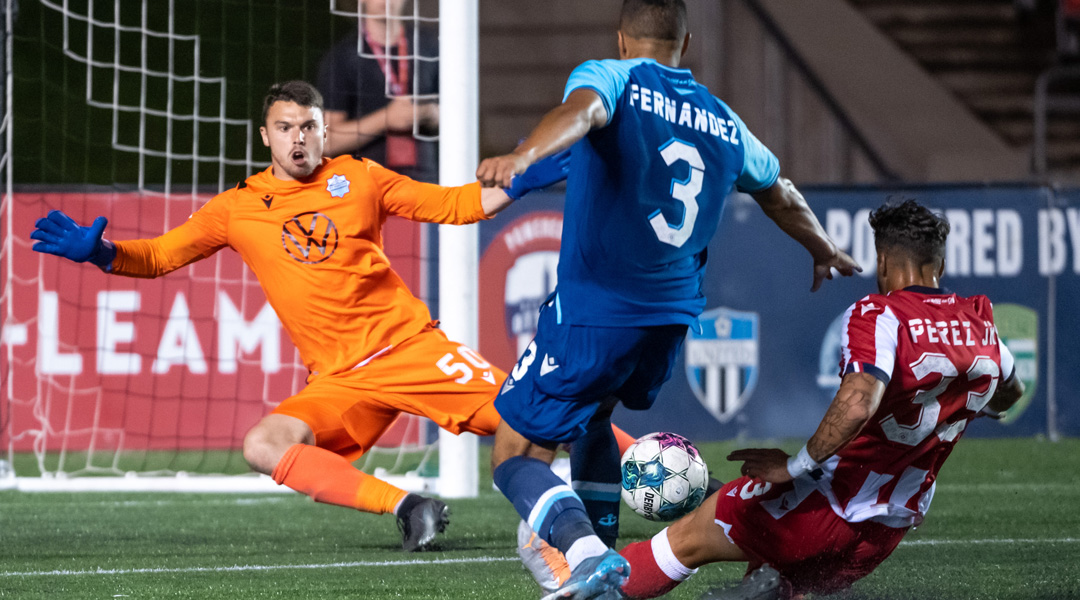 Last night saw a chaotic conclusion to the Halifax’s trip to Ottawa, with the team coming back from 2-0 down to convert an equalizer from the spot in the 91st minute. Fans watching from out east likely hadn’t sat down from their celebrations by the time Atletico Ottawa stormed up the pitch and scored some forty seconds later, causing absolute chaos at TD Place.

That goal was initially called back through an offside decision, but after player protests and a referee consultation the decision to call off the goal was reversed, and the 3-2 winner stood. TD Place was rapturous as the scoreboard blipped in the home team’s favour, with the final whistle coming not long after.

It was, of course, a real gut punch for a Halifax side that had fought back from being two goals down – including from an ESPN Top Tenner from Keven Aleman – and had a goal of their own called back, too.

“Things happened so fast right after it [went 2-2]. It’s just one of those situations in football where there’s a lot of emotion in tying up the game, and maybe a little bit of concentration was lapsed,” said Stephen Hart after the match. “There’s no words for losing after coming back like that.”

Halifax Wanderers President Derek Martin actually did have two words for it, tweeting ‘absolutely disgraceful‘ online after the decision.

Hart offered that he thought Haworth was offside before Atletico Ottawa players had surrounded the official, adding that he doesn’t know if that may have impacted the change of decision, or if the raised flag from the assistant caused his team to switch off a bit.

It’s fair to say that many heated moments from CPL games this season have had issues with referee crowding that have gone largely unaddressed, but that’s a larger issue not specific to last night’s fireworks.

The officiating team earned plaudits from OneSoccer’s Adam Jenkins in the broadcast, with referee Renzo Villanueva having correctly waved away a few penalty shouts prior and shown good trust and communication in his crew throughout the night.

For Hart, the devastating loss took away a crucial, hard-fought point as his east coast team slips further out of the playoff race with eight games left to go.

“We told the skipper that if we get it to 2-2, let’s go for the win,” he added. “We need to win. I’m not sure if any changes could have been made to keep it at 2-2, things happened so fast right after it.”

The Halifax gaffer applauded his team, saying that to a man they’ve never caved: while things have not gone their way throughout the campaign, the squad has stuck together and had eachother’s back.

“The last set of performances were very good,” he added. “This game was very evenly balanced, it could have gone either way.”

Whatever comes next, whether the nation’s capital witnessed a pivotal moment in Halifax’s playoff hunt remains to be seen. Hart and his squad have plenty of catch-up to do if they’re to crack a spot just one season after they let the final spot slip away at the very end.