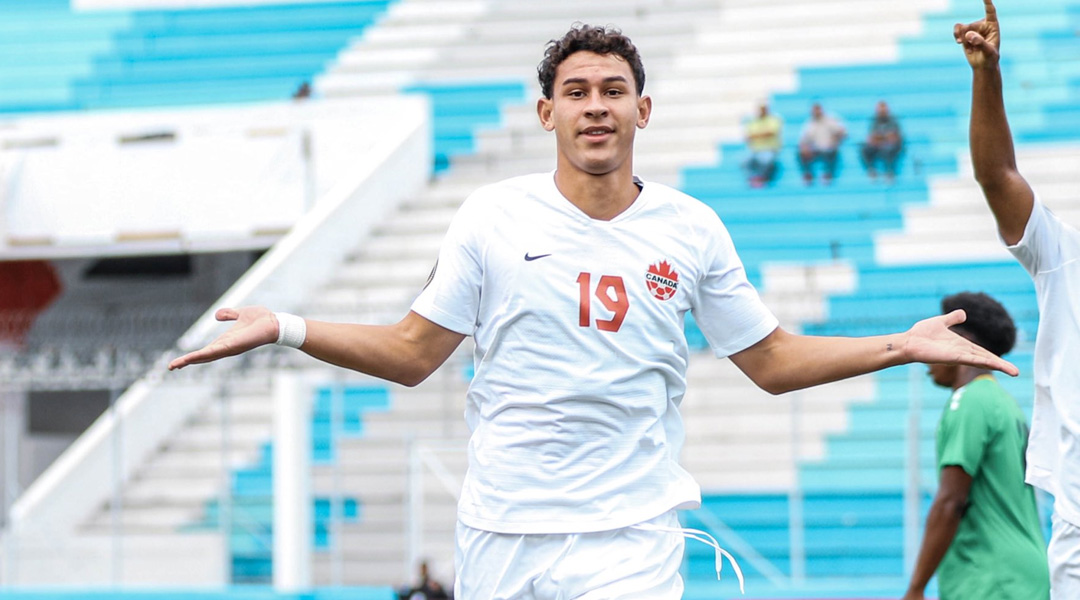 The Halifax Wanderers squad rebuild now includes Canada U-20 international Tiago ‘Canadá’ Coimbra, who arrives on a two-year deal with a club option for 2025.

The Brazilian-born 18-year-old arrives to Canada’s east coast from Palmeiras, where the young centre forward has progressed with the Brazilian giant’s U-17 and U-20 sides and affectionally picked up the Brazilian moniker of Canadá due to his dual nationality.

“Tiago is a very promising young Canadian talent, and we’re delighted he has chosen the Halifax Wanderers for the next step in his career,” stated Wanderers Sporting Director Matt Fegan. “He arrives with an excellent foundation after impressing during his last couple of seasons at Palmeiras as well as for Canada’s under-20 team.”

Coimbra moved to Vancouver at the age of nine and played locally with the Faly Academy, who have now gone on to help launch League1 BC side Altitude FC. An intriguing prospect at the national level, he most recently featured for Canada U-20 at the Concacaf Men’s U-20 Championship, featuring against Cuba, Saint Kitts and Nevis, and Guatemala this summer.

“I’m super excited to join the Wanderers,” adds the youngster. “Halifax will be a new challenge for me and I love that I can feed off that pressure. The fans can expect an exciting player that never stops and leaves everything on the field and is willing to bring the best for his club and teammates.”

The 18-year-old arrives as the club’s first domestic U-21 signing of the Patrice Gheisar era, with Fegan adding that the team has a philosophy on not just recruiting exciting talents for the future, but ones who can contribute immediately to the first team.

The Halifax Wanderers roster now stands publicly at 12 players, with Coimbra the first brand new addition of the bunch. He’s a player that will fit in well with the attacking philosophy of new head coach Patrice Gheisar, who arrived from Vaughan Azzurri this month.