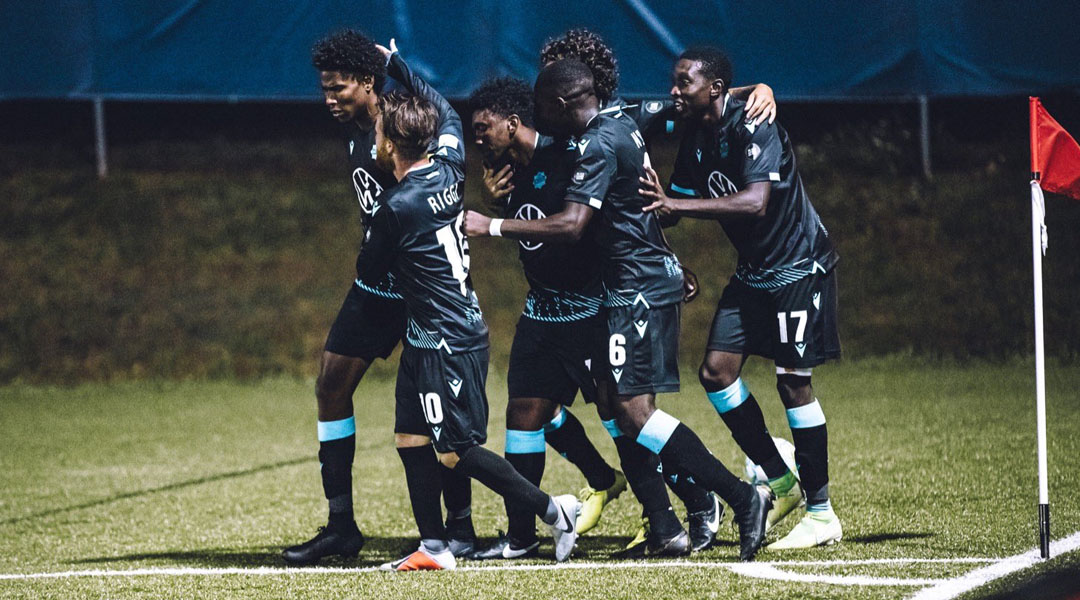 Canadian Premier League side Halifax Wanderers has made it no secret that they’re looking to establish a youth team outside of its 23-man CPL roster, with a new club announcement confirming that plans are still going full steam ahead to launch a U-23 team this summer.

In a press release sent out today, the Wanderers also announced a new step to its partnership with Soccer Nova Scotia that will see the CPL side oversee free youth training for selected players who have graduated from local U-17 programs who aren’t quite ready to jump up to the professional level yet.

Athletes included in this training program will be considered for the Halifax Wanderers U-23 side, a piece of a brand new player pathway leading right up to the Wanderers first team that made it to the final of Canada’s premier professional domestic league last year.

The athletes selected for these youth training opportunities will still remain with their local clubs for regular training and competition, with the Wanderers coaching staff providing the invitation-only sessions at no cost to the selected athletes. The end goal is for the Wanderers to have an in-depth look at its local youngsters and see who has what it takes to join the prospective Wanderers U-23 team and, potentially, ride that wave up to a professional contract in the CPL.

Starting this month, the east coast side is launching the training program for players in that age group whom the club believes have the potential to eventually make the U-23 squad. The final U-23 roster will, pandemic allowing, take place in a series of exhibition matches against teams from outside of the region this summer.

As a club, we have taken our time and asked the question, ‘where can we have the biggest impact in terms of improving the player pathway and development here in Nova Scotia?’ What we learned is that the best place for us to start is in bridging the gap between existing U-17 programs and the end goal of becoming a Wanderer.

The Wanderers aim to use this pathway to sign no less than six homegrown players by 2026, which isn’t a small potatoes statement: that’s just about a quarter of the allowed Canadian Premier League roster.

The U-23 exhibition matches will be similar Hart’s first ever match as the Wanderers head coach, which saw him lead an Atlantic Selects U-23 side against a young Fortuna Dusseldorf U-21 squad in 2018. At the time, the club used the opportunity to examine hopefuls for its inaugural CPL squad (including Ibrahima Sanoh), with the Wanderers now using the idea of a U-23 side to continually identify upcoming CPL-worthy talent in Atlantic Canada.

At the moment, it’s not clear what sides from outside of the region would be invited to play. Ideal situations could see sides like the SK Selects or young Whitecaps athletes showcase young domestic talent, though the Atlantic Selects U-23 showed that international friendlies draw a crowd, too – it really depends how the pandemic unfolds.

The 18-23 year old age group has, for as long as I have been involved in the game, been the missing piece for opportunity in the Canadian player pathway to be identified. Nova Scotia has the ability to produce professional players and I am excited to get to work with these talented young players.

With over 20,000 players of all ages registered to Soccer Nova Scotia, the move is a big opportunity for athletes in Atlantic Canada hoping for a shot at a professional playing opportunity without having to stray too far from home. It’ll also give several local youngsters a chance to receive coaching from a high level, with Hart having won the CPL’s Coach of the Year award in 2020.

Soccer Nova Scotia Executive Director Brad Lawlor states that players too old for the U-17 program were a missing gap within the province’s player pathway. While it’s not known when the 2021 Canadian Premier League season will kick off (or if home markets will be allowed), both Soccer Nova Scotia and the Halifax Wanderers are currently working together to avoid scheduling conflicts where possible.

The east coast Canadian Premier League side’s most recent signing, Morey Doner, is a shining example of a player who made his untraditional player pathway work – but there are many who weren’t so successful. With today’s announcement of an upcoming Halifax Wanderers U-23 squad and new youth player training opportunities out on the east coast, it’ll be interesting to see how things unfold for the collaboration between the Halifax Wanderers and Soccer Nova Scotia.