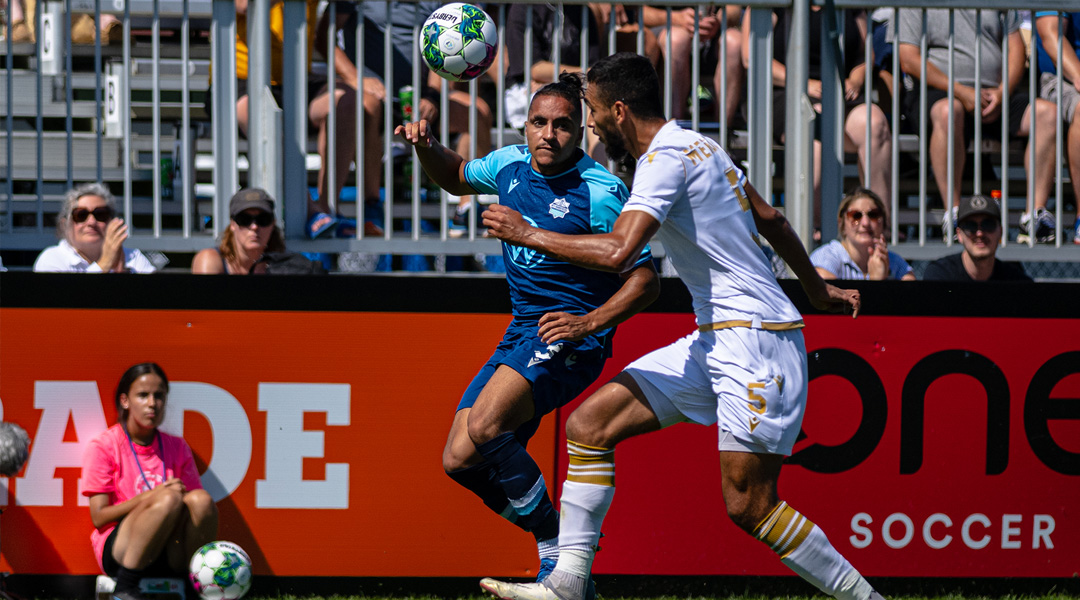 The Halifax Wanderers came into this match with 18 points, eight behind their visiting opponents Valour FC. Both teams are hoping for a late-season rally to surge up the table to grab one of the final playoff spots.

Valour FC came in on much better form, as they had won two in a row, whereas Halifax had only gotten one point out of their last six games. During that time, HFX dealt with a lot of injuries and suspensions – no so bigger than the loss of Jeremy Gagnon-Lapare to suspension and then minor injury. Today he returned, and the midfield performance showed just how valuable he is to the East Coast side.

Much like the rest of the country, Halifax is in a heat wave right now, and the players were certainly feeling that from the start. The game was wide open, which led to a lot of chances in the first 20 minutes. Both Sam Salter and Lifumpa Mwandwe had close chances, with Moses Dyer’s coming just moments after for Valour.

As the game tempo slowed and the heat took its toll on the players, the Wanderers’ new star signing, Lifumpa Mwandwe, just got more aggressive as he drove at players and forced them to make uncomfortable challenges. This paid off when he drew a penalty in the 43rd minute. He handed off the ball to Sam Salter, who coolly buried it into the bottom right-hand corner (even though Rayane Yesli almost got to it).

Once the players returned from the half-time break, Valour immediately was focused on attack, which led the Wanderers to sit deeper and generate counter-attacking opportunities. On one of these counter-attacks, Zachary Fernandez was taken down, and a subsequent late tackle on Andre Rampersad led to a melee between the two teams. To my shock nobody was sent off, as this was one of the largest ones in CPL history.

One of the players to receive a yellow card in this scrap was Nassim Mekideche. In the 66th minute, he mistimed a tackle, and despite his pleading received a second yellow and was sent off.

Related: The Wanderers May Be Signing A Nassim Of Their Own

The Wanderers took advantage of this and maintained control throughout most of the game, testing the Valour keeper multiple times.

After what seemed like an eternity in stoppage time, the referee blew their whistle, and all of the Wanderers fans let out a collective sigh of relief as the teams’ losing streak finally ended.

Valour will hope this is just a blip in their hot form, whereas the Wanderers will try to take this momentum and mount a playoff challenge!