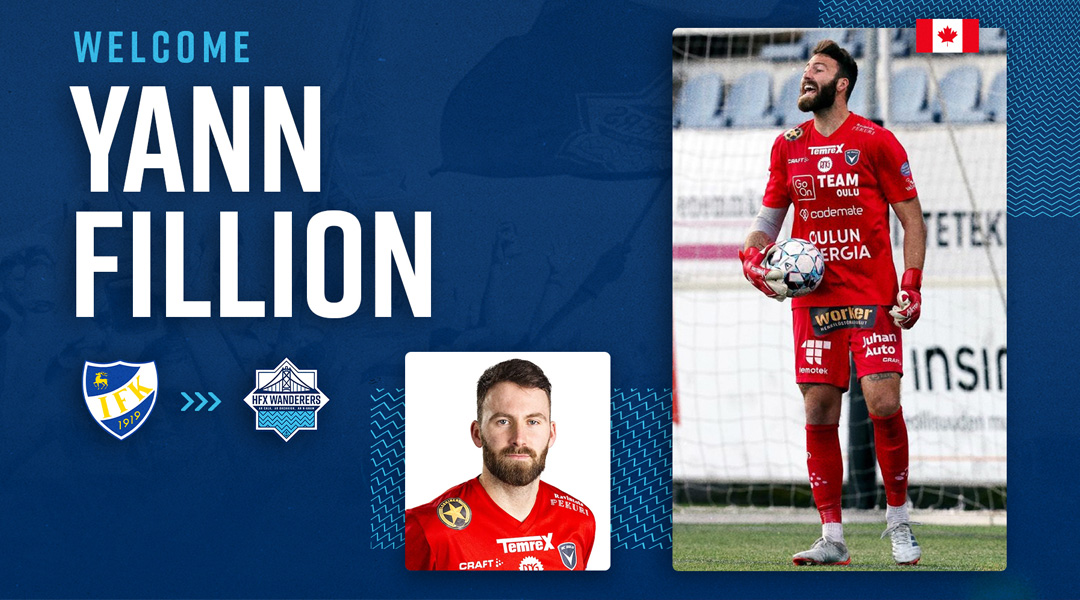 Canadian goalkeeper Yann Fillion has inked a two-year deal with the Halifax Wanderers.

The 26-year-old will provide a strong presence in net for the east coast side after most recently playing for Finnish top division side IFK Mariehamn, for whom he made 14 appearances last season.

The Ottawa-born shotstopper has made thirty top flight appearances in Finland since arriving there three years ago, playing for the likes of Ekenas IF, AC Oulu, and the aforementioned IFK Mariehamn in that time.

“I’m excited to be coming back home to Canada, the CPL is a perfect opportunity, and I’m ready to take it and show who I am on the pitch,” said Halifax’s new goalkeeper. “I think my best quality is how I keep the team organized at the back. In my talks with Patrice, he said they were looking for a keeper who is vocal, so I think he appreciated that it is already a big part of my game. I’m calm but like to be the guy leading with my voice.”

Fillion’s professional career came through a stint with USL Championship side FC Montreal after he had progressed through the CF Montreal academy, but Europe would beckon for the goalkeeper: signing a five-year deal with Swiss Super League side FC Zurich in 2016, he plied his trade on loan through a variety of clubs like Sweden’s Umea FC, Norway’s Nest-Sotra, Switzerland’s FC Aarua, and even Toronto FC II.

The east coast side is set rebuild its goalkeeper roster from scratch after declining its club options on Christian Oxner and Keiran Baskett, though goalkeeper coach Jan-Michael Williams will remain on the staff roster following the arrival of new head coach Patrice Gheisar.

“Yann possesses fantastic experience and leadership to go along with his size and ability to pass out of the back,” said Gheisar himself. “You see the resume, which is great, but when you speak to him, you understand the confidence; he loves the game and wants to continue to grow. He’s still moving forward but can also add a veteran presence to our squad.”

Fillion arrives to Halifax on a two-year deal with the club, though who will be his competition remains to be seen. The Wanderers selected goalkeeper Aiden Rushenas in the 2023 CPL-U SPORTS Draft.