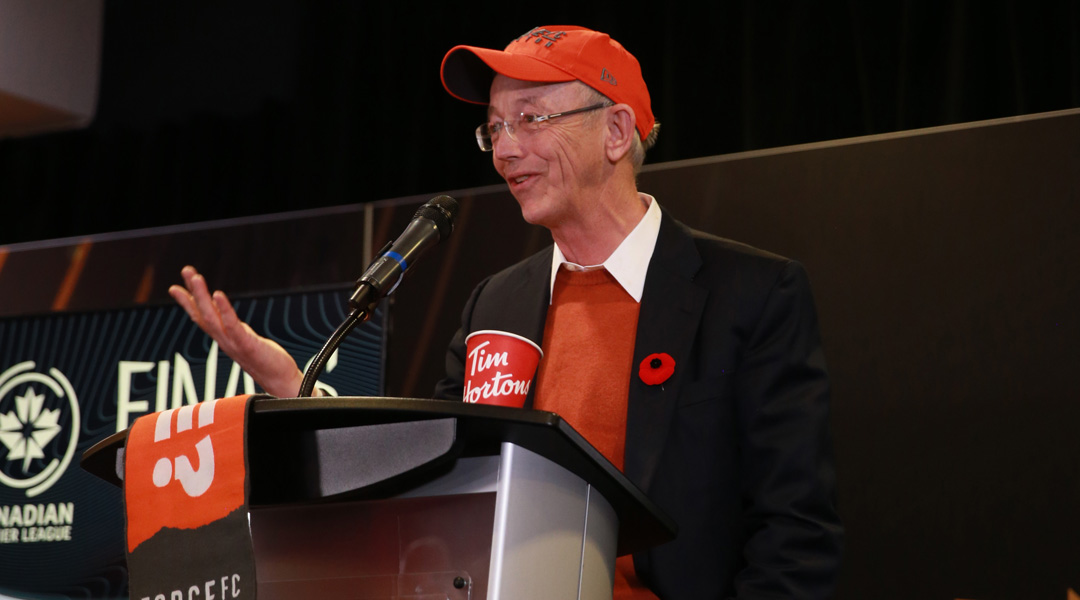 Forge FC’s ownership group has been restructured with the creation of a new entity called the Hamilton Sports Group, which will own and operate both the Canadian Premier League’s Forge FC and the CFL’s Hamilton Tiger-Cats.

The Hamilton Sports Group holds the master license agreement to Tim Hortons Field, the 23,000-seat home venue for both sides.

The existing figures of the ownership group remain unchanged: Bob Young will remain as the chair and largest shareholder of the group, with Canada Soccer Business CEO Scott Mitchell and Woodbine Entertainment’s Jim Lawson also staying on. The big new addition comes in the form of Hamilton-based company Stelco, which has significant backing power and a long history in the city of Hamilton.

We are bringing new investors and new partners to improve our teams and our operation. We’re not actually changing much, because I and my family will remain the largest single shareholder of the organization. We’re planning on building everything that we’ve done to date, and doing it even better with the help of these new shareholders who will be as committed as I’ve been to ensure the success of both the Ti-Cats and Forge FC.

Stelco – the big new face of the expanded ownership group – will be represented by company chairman and and CEO Alan Kestenbaum, who is also a minority owner of the Atlanta Falcons. Young refers to the company as a financially-strong investor who will help ensure the success of both football and soccer in Hamilton ‘for decades to come’.

Lawson had joined the Ti-Cats and Forge FC as an executive in October, and brings in plenty of experience as the former chair of the CFL board of governors. He has also been the football league’s interim commissioner on two occasions. Y

Young says that if Hamilton will continue to win championships, they’ll need highly competent individuals like Kestenbaum and Lawson in the ownership group’s corporate structure.

“I want to ensure that this remains your team,” said Young today, “and that you continue to be excited about the championship-caliber play of the teams. I believe that this deal that we are announcing today is a big, big step in ensuring the ongoing success of the Tiger Cats and of Forge FC.”

The CFL-heavy additions hope to see the Tiger-Cats – who finished as runners-up this year – continue to prove a force in the league. On the soccer side of things, Canadian Premier League side Forge FC have enjoyed three straight runs to the final, finishing as back-to-back champions across the league’s first two seasons before losing out to Pacific FC in 2021.

My goal as caretaker has been to ensure our teams prosper for at least another 153 years. We will do this through a commitment to strong values. Ours include a commitment to serve our community and demonstrating leadership through the pursuit of excellence. Our new Hamilton Sports Group partners perfectly represent the values we aspire to, and they will ensure our continued success.

Mitchell and Young were integral forces in the creation of the Canadian Premier League itself, with the duo financing feasibility studies before helping get the domestic league off the ground. Without their input, it’s fair to say there wouldn’t be a professional domestic soccer league in the country today.

With Forge FC set to experience Concacaf Champions League action this year, the Hamilton-based side will have quite a spotlight thrust upon it. With stable leadership and one of the best attendance records in the league, the future for the Hamilton-based team is looking bright.

That isn’t the case elsewhere in the league, with FC Edmonton undergoing league control while owner Tom Fath looks to sell the struggling side. It was revealed today that multiple club owners had chipped in to pay the club’s staff and player salaries.

The 2022 Canadian Premier League season is expected to start in April, with Forge’s preseason coming in the very near future. With Champions League action set to begin in February, it won’t be long until Tim Hortons Field is back in action again.