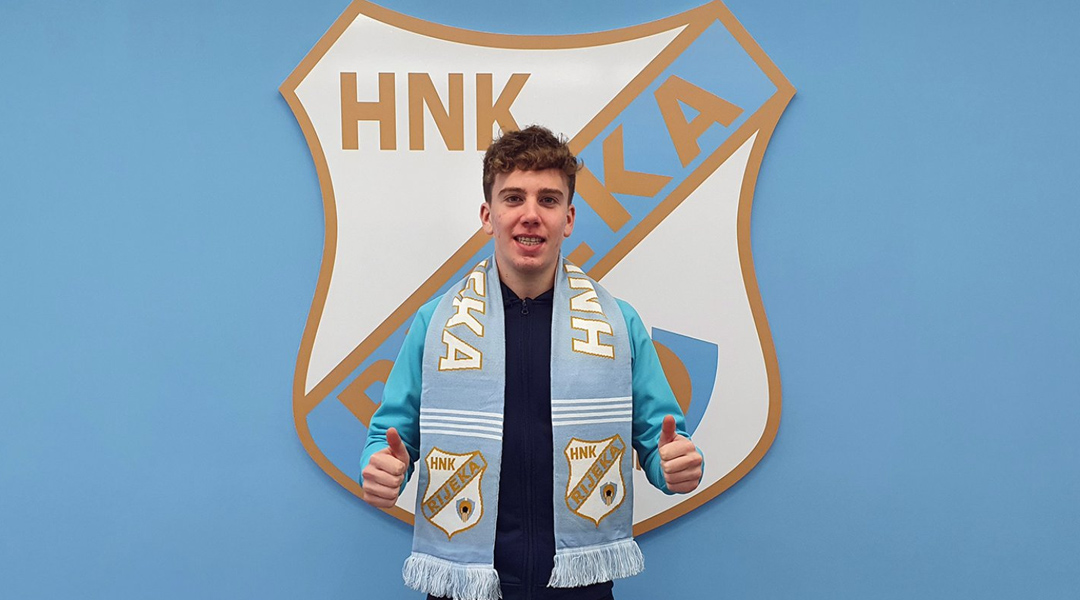 The 18-year-old has already begun training and has even featured for the Rijeka youth team, describing the move as one that gives him plenty of opportunity to progress upwards through the club.

The youngster decided to bet on himself with trial periods in Portugal and Germany following the 2021 CPL season, with Coupland testing himself with the likes of SC Braga and vfB Stuttgart II before landing with HNK Rijeka.

“Now that I’m 18 wanted to, like many footballers, come to Europe,” said the teenager, “I’ve been here a few days, the city is beautiful, the club is great, the people in the club are very kind as well as the teammates.”

His new team currently finds itself in third place in the Croatian top flight, having participated in the inaugural UEFA Conference League earlier this season. Founded in 1906, it’s the third-most successful club in the country.

“I’ve said it before and I’ll say it again,” his former teammate Chris Mannella said the move, “this guy’s such a baller and has a bright future in this game. Not to mention, a really good kid. Guess I gotta find streams for the Croatian league now!”

Coupland first turned professional with the Ottawa Fury at the age of 15, becoming the USL side’s youngest-ever player. After the club ceased operations, he signed with Atletico Ottawa in the following spring and made three appearances at 2020’s shortened Island Games tournament.

Former club head coach Mista trusted the him with more playtime last year, with Antoine bagging his first professional goal against Cavalry FC early in the season. He’d also score in front of friends and family against York United at the tail end of the campaign, with the left-footed youngster continuing to show growth in the middle of the park.

His now arrives to Rijeka labelled as a player with great potential, with the Croatian side stating that it was impressed with his technique and overview of the game. Whether this will translate into gametime at the senior level remains to be seen.

Atletico Ottawa has retained just seven players from its previous campaign, with the capital city outfit announcing eight new additions over the last two weeks. This Friday saw the club announce the arrival of both Sean Melvin and Zachary Roy.

Samuel Keen To Keep Growing With Forge: ‘I Deserve To Be Here’