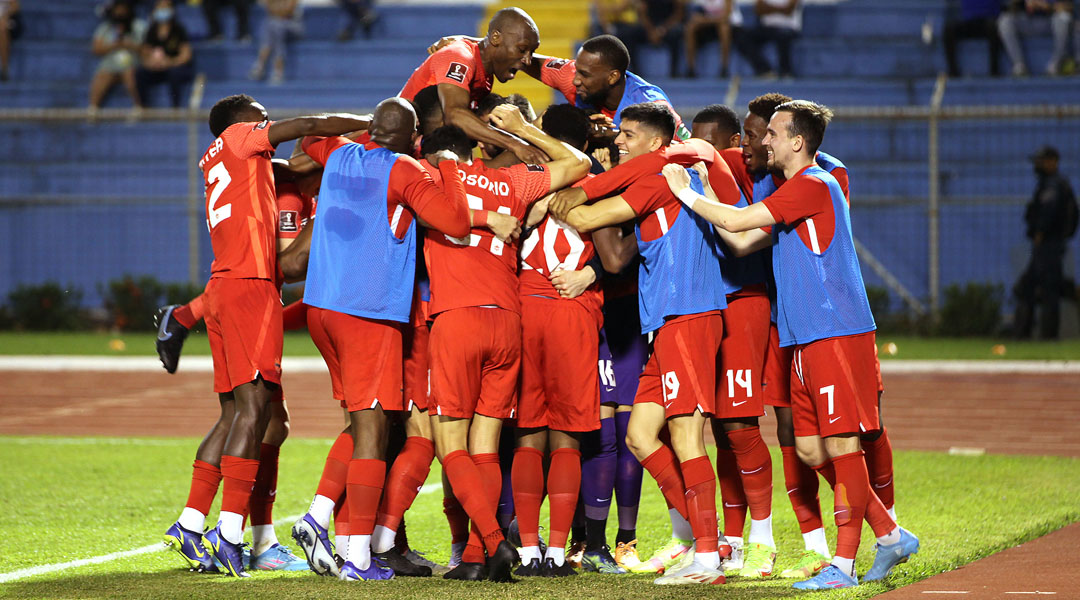 After having around 24 hours to decompress, all I can say is wow: I truly believe that this Canada team could easily finish atop of the group without losing a single game. Let’s run through some quick opinions I had on the game as well as rounding up the other CONCACAF games.

I remember watching a game against a CONCACAF minnow Bermuda in the early rounds of qualifying, and Borjan absolutely flubbed what should have been an easy save. Skip to the 4:10 mark to see what I am talking about.

Fast forward to the Octagonal, and Borjan is making huge save after huge save. In the 71st minute, Canada is up by a goal, a header comes in and it’s going into the corner when suddenly Milan Borjan’s hand reaches across. It quite frankly looked like the famous painting “The Creation of Adam”, and it honestly won Canada the game.

The fact this was less than two minutes before Jonathan David’s wonder goal takes away from the fact of how big this save was. In fact, I would say it was more impressive than David’s goal.

Jonathan David’s goal:
Speaking of David, his goal gets an emphatic wow too! Not much else could be said. In three touches, he progresses from around the halfway line to the opponent’s box and chips the keeper. Brilliant control and brilliant composure from the 22-year-old.

He flubbed a few chances, but this worldie more than makes up for it. Here are some clips that show what David did well.

David’s dribbles to a near goal:

In his last game for his club, the 24-year-old centre back scored a booming header. He followed that performance up with a fantastic game on Thursday night. He won all of his ground duels on five attempts and intercepted five passes in his 81 minutes played.

At one point I was worried about the depth of the centre back position, but with Miller, Johnston, Cornelius and Kennedy all being under 25, the National Team has nothing to worry about for the next few cycles.

Although he didn’t register an assist on the Honduran own-goal, he completed a beautiful dribble around his defender and put in an excellent cross. Quite frankly, the defender couldn’t have done much to prevent a goal, so he may as well score in his own net!

It was nice to have Hoilett back. In 61 minutes, he completed 74% of his 23 passing attempts with two key passes. He completed three of his four long pass attempts as well and won six ground duels.

The United States beat El Salvador 1-0 at home. El Salvador losing was to be expected, however, it took 52 minutes for the States to break through the Salvadorian defense. The US now sits at 18 points, one behind Canada.

Mexico beat Jamaica 2-1 in Jamaica. A trend of this qualifying round has been that teams Canada needs to win, decide to blow games late. Just before halftime, centre back Damion Lowe was shown a red card. Despite this, Jamaica came out blazing in the second half, scoring in the 50th minute. They stood their ground for half an hour before conceding a goal in the 83rd minute. Two minutes later, Mexico took the lead and never relinquished it. Mexico is third in the standings with 17 points.

Costa Rica beat Panama 1-0. Out of all the results, this was the one that really went Canada’s way. Canada now sits five points ahead of the intercontinental playoff spot. Panama sits on 14 points while Costa Rica has moved to 12 points.

Canada Beats USA To Place Itself On Precipice Of World Cup