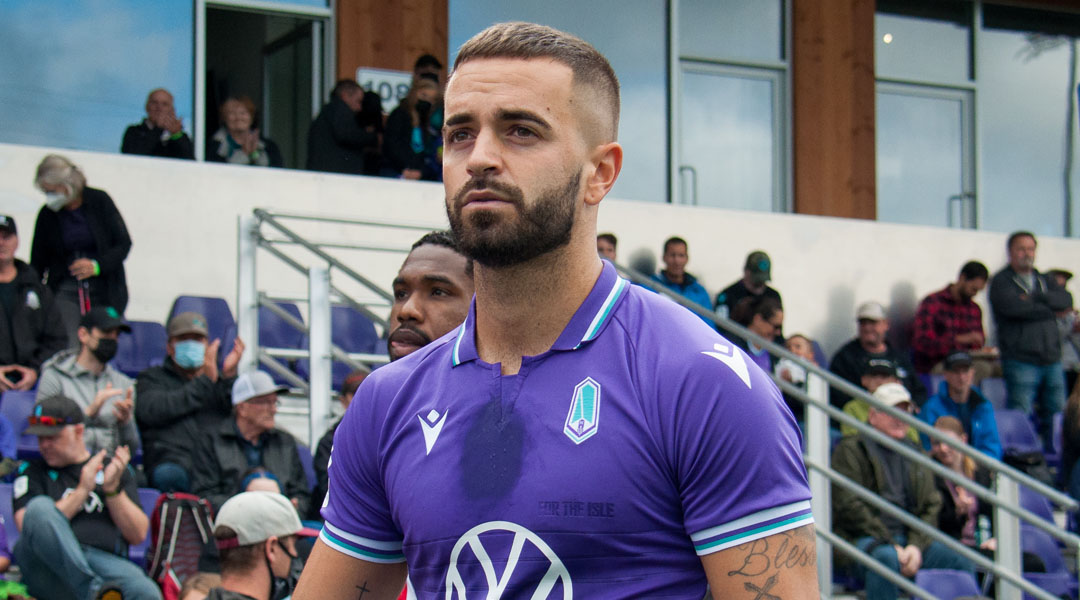 After rescuing his professional career with Pacific FC, Spanish midfielder Victor Blasco has left the island on a high note.

“The club gave me the opportunity to play football again, and for that I will always be grateful,” he tells Northern Tribune.

Blasco just signed with Honduran side CDS Vida following the conclusion of his third CPL campaign, though the length of the deal went undisclosed. It’s a moment that, without Pacific, would likely never have come.

The Barcelona-born midfielder first went professional with the Whitecaps 2 back in 2015, but found himself dropped by the club following an undisclosed off-the-pitch incident a season later. He spent the next three years playing amateur football until the arrival of Pacific FC and the CPL, where he made the best of the opportunity.

The Spanish midfielder showed good form in his first CPL season, scoring six goals across 26 appearances before re-signing under head coach Pa-Modou Kah, who kept the roster consistent heading into last season, too.

“From day one we’ve enjoyed his presence in the team and also in the community,” says Kah, “the door will always be open for him. This is his club, but there comes a time in life where after a period of time somewhere you need new challenges to further yourself.”

The La Ceiba-based side confirmed the signing of the attacker this evening, with Pacific posting a thank you image on social media without further statement.

Blasco, 27, had missed the bubbled start to the 2021 CPL season due to the passing of his father, but went on to make 17 appearances across all competitions afterwards, mostly as a substitute. He also saw a sprinkling of minutes in big cup matches against both the Vancouver Whitecaps and Toronto FC.

He was uninjured but absent for the club’s title-winning match against Forge FC to close out the season after coming on as an extra time substitute against Cavalry FC in the semi-final.

He now departs a CPL champion, contributing nine goals and six assists throughout 53 appearances for the isle overall.

While Pacific FC hasn’t released a roster update yet, Kah has been big on consistency. That being said, the gaffer is adamant that players like Lukas MacNaughton deserves an opportunity at the MLS level, whilst Bustos made a tweet implying he’d be back next year.

The length and financial terms of Blasco’s contract with CDS Vida was not disclosed by the Honduran side.