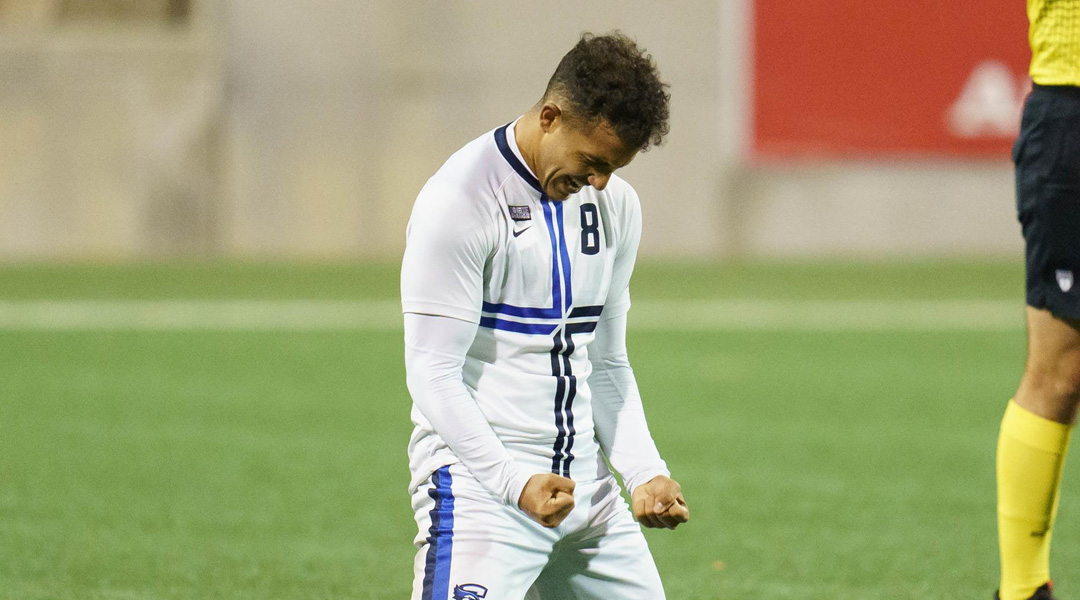 One year after going unselected one the 2022 MLS SuperDraft, Canadian midfielder Charles Auguste has now been picked up by the Houston Dynamo.

Auguste, 23, will compete for a central midfield position during the MLS side’s upcoming preseason camp.

The five-foot-ten midfielder had gone through the MLS waiver wire earlier this year and was eligible for any side to pick up, with Houston now capitalizing on the opportunity.

He had told us that he was open to a Canadian Premier League move last year, though nothing came to fruition at the time.

Auguste now transitions to Major League Soccer after contributing nine goals and three assists in 63 appearances for Creighton University, where he captained the side in his senior year and helped the team reach the final four in the 2022 Men’s College Cup.

Auguste’s move to a first team deal with Houston came on the day of the 2023 MLS SuperDraft, which saw nine Canucks recruited. The first of the bunch was Generation Adidas class member Moise Bombito, another talent who had taken progressive steps in PLSQ.

The full details of Auguste’s contract with Houston Dynamo was not disclosed by the club, where former Canadian international Pat Onstad remains as the general manager.