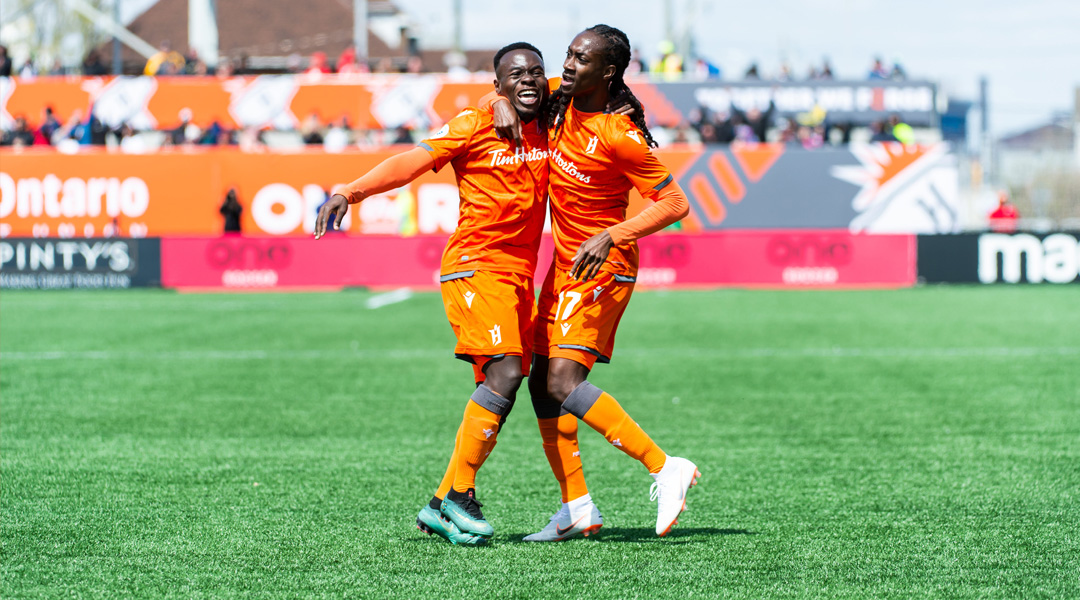 Former Forge FC midfielder Kadell Thomas has joined the Humber Hawks for the upcoming OCAA season while he pursues a degree in computer science and technology.

The 25-year-old two-time CPL champion was a member of the inaugural Forge FC squad, scoring the club’s first-ever goal in the league’s historic opener.

After the first two Forge campaigns saw Thomas land back-to-back North Star Shield wins, the winger dropped out of the pro game and returned to League1 Ontario action through Sigma FC, though his participation was very limited: he featured just four times last year, and just once in 2022.

Thomas had featured for Sigma FC aplenty in the time preceding the Canadian Premier League, joining the academy as a fifteen-year-old and debuting for the League1 Ontario team in their inaugural 2014 season. In all, Kadell has made 51 appearances for Sigma, contributing 21 goals and cracking the L1O first-team all-star list twice.

His time in the professional ranks of Forge FC saw him make 32 professional appearances, scoring the club’s first goal in team history and, perhaps, one of the best individual goals ever seen in the league as a whole:

His transition to the Hawks comes as the winger pursues a degree in computer science and technologies, having previously spent time playing college ball in Kansas and Florida. This time, however, the fourth year student will be much closer to home.

Thomas isn’t the only head-turning inaugural Forge athlete to leave the pro game behind, with Giuliano Frano leaving after year one and Quillan Roberts spending the last two seasons as a League1 Ontario favourite.

Thomas and the Humber Hawks will begin their national title defense campaign on September 10, playing away to the Fanshawe Falcons.