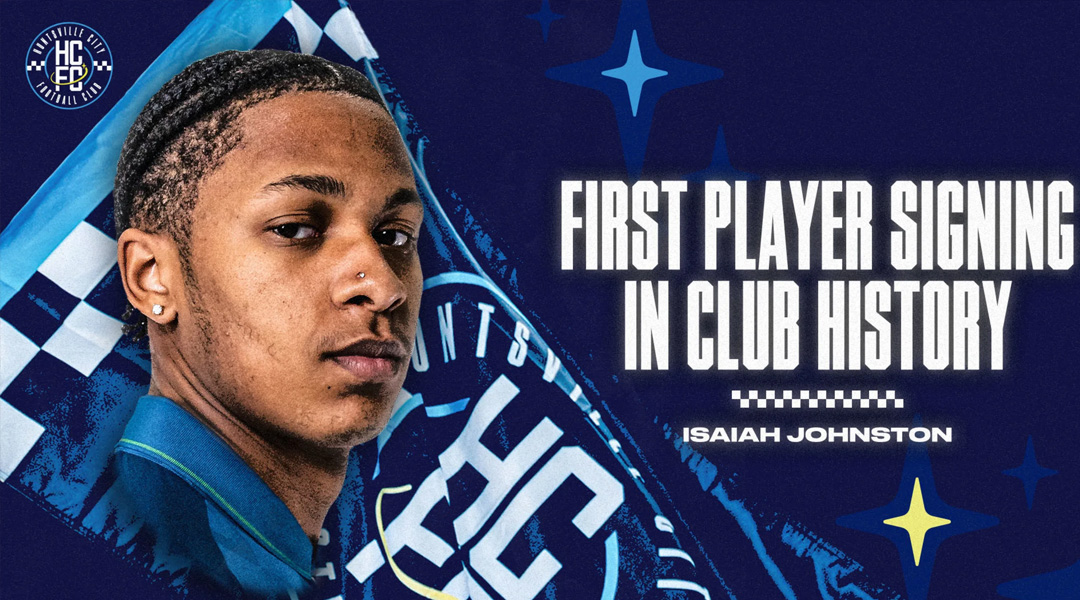 After weeks of rumours, York United has confirmed that feisty midfielder Isaiah Johnston has been sold to MLS NEXT Pro side Huntsville City Football Club, where he becomes the side’s inaugural signing.

The deal is pending league and USSF approval, along with the receipt of his ITC and work authorization. Neither side disclosed the financial terms of the deal, with Johnston having had two years remaining on his deal with York United.

The 21-year-old had firmly established himself a key starter with the Nine Stripes, where he accrued 53 appearances across all competitions, dazzling crowds with his fast footwork and feisty physicality while contributing four goals and five assists.

“Isaiah is a talented young midfielder who has the qualities we look for in a potential first team player for Nashville SC,” said Nashville FC General Manager Mike Jacobs. “In many ways, he embodies the project behind Huntsville City FC as a talented prospect who has the potential to influence winning, and will continue to grow and make strides in MLS NEXT Pro with HCFC.”

The Milton, Ontario-born midfielder first arrived to York United through the 2019 CPL-U SPORTS Draft, later inking a full contract the and making his debut at The Island Games in 2020 before a breakout campaign solidified him as a starter in the following season.

His rapid growth continued this year, where he showcased himself well against MLS opposition in the Canadian Championship and proved himself to be a top CPL midfielder with his best years in front of him.

“This move for Isaiah is further validation for the opportunity CPL brings for young Canadians,” added Club President Angus McNab following the deal. “Almost 4,000 professional minutes before your 21st birthday is something pretty rare and it speaks to the trust we have had in him.”

York United head coach Martin Nash calls Johnston an immensely talented young man with all the attributes one could want. Having accrued over 4,000 minutes of professional game time at the age of just 21, it’ll be interesting to see if he can push for a first team deal with Nashville SC.

The terms of the transfer were not disclosed by York United or Nashville SC.