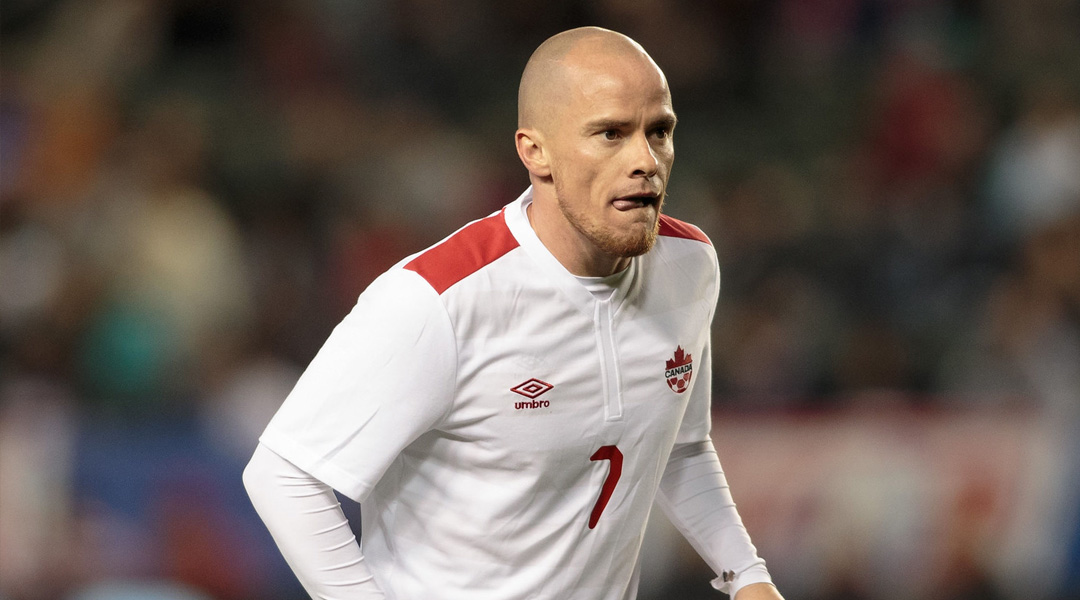 In the months leading up to the inaugural Canadian Premier League match, many fans had expected former Canadian international Iain Hume to be one of most likely signings for the league: with over five hundred professional appearances at the club level and nearly fifty for Canada itself, he seemed like a logical choice for a league filled with plenty of first-year professionals.

The first-ever CPL season has now come and gone, with Hume remaining on contract with Pune City until July. He had first moved to India to participate in the inaugural season of the Indian Super League, with the last season representing his fifth year in the South Asian country.


Now 36 and keen to keep playing, we wanted to know if he’d been following the Canadian Premier League and keeping in touch with friends from his days on the national team, like Nik Ledgerwood:

Iain Hume: “I followed as much of the first season as I could, time difference permitting, and it was great to see the league finally get underway. I stay in touch, mainly through social media, with guys I’ve played with in the national team. Issey, Nik, Marcel de Jong, Marco Bustos, Bekker, et cetera.”

As we had previously reported, the interest between the Canadian Premier League and Iain Hume was mutual: he nearly came to the league ahead of the inaugural season, but was barred by contract difficulties over in India:

Iain Hume: “I was interested to be out there for the start of last season and had a bit of supposed interest from a few clubs and an offer from one club. Unfortunately, I had a bit of trouble with the end of my contract in India last season and was unable to leave without the risk of not getting paid, so I had to hold out until the summer transfer window. Then unfortunately, although people said they were still interested, obviously and disappointingly, nothing happened again. I think the fact that I know I’m getting closer to the end of my playing career, the opportunity to play back at home in front of family and childhood friends, would be a great thing for me.”

Hume was a free agent for a fall season window which saw every club except Pacific FC and Halifax Wanderers make at least one adjustment. The Wanderers have stated that it will be taking a less-rushed approach to building its squad for 2020, and if other clubs adopt the same strategy things may remain quiet as CPL teams begin their roster rebuilds ahead of the second season.

It remains to be seen if Hume will be a part of this.

Through what has been a storied career, Hume has accumulated 539 professional appearances and has contributed well over a hundred goals along the way, becoming well-known for his freekick proficiency whether he was scoring against Watford in 2011 or sending the Kerala Blasters to the inaugural ISL semi-finals in 2014.


When the likes of Toronto, Vancouver, and Montreal first got started in Major League Soccer, it would have been easy to see any one of them take a chance on Hume, who was still playing in England at the time. Ultimately, neither the three MLS sides nor now-defunct Ottawa Fury ever ultimately showed any heavy interest in striker.

Iain Hume: “I have always had it in my head in the past to hopefully play in Canada at some point in my career, but unfortunately for one reason or another, there’s never been any concrete [MLS] interest shown.”

When we mentioned that Stephen Hart had revealed that several players he had coached on the Canadian national team had called him to say that they were impressed with the quality of the league – a sentiment echoed by the likes of IMFC man Samuel Piette – Hume revealed he was one of these players:

Iain Hume: “I actually had conversations with Stephen. I’ve been very impressed with the first season. Obviously it’s still in it’s infancy, but as far as inaugural seasons go, I would say it’s been a massive success.”

Now a free agent, if Hume were to come to the Canadian Premier League he’d be the league’s oldest player at 36 years old. Of course, veteran players like Nik Ledgerwood and Issey Nakajima-Ferran have contributed goals at the ages of 35 and 34 respectively, but the question remains: where does Hume see himself in the next few years? Does he see a career in coaching or management in his future, or is it still too early to tell?

Iain Hume: “I still feel there’s a bit of life in the old dog, and firmly believe I’ve still got a lot of experience and quality to offer to the league if the opportunity came up, but unfortunately I don’t offer the contracts. I’m currently a UEFA B License Candidate, so I’ll hopefully be completing that course in the coming months. I would love to move in to coaching or management in the future, but I wouldn’t throw myself straight in to the deep end after playing. I would look to learn my trade and gain a bit of experience beforehand. But, I’m fully concentrated on continuing my playing career for the foreseeable future.”

Using Ledgerwood as a lead, we couldn’t resist asking Hume what his thoughts were on the Cavalry FC Captain’s amazing ‘pants down’ celebration that he, for lack of better words, whipped out at Tim Hortons Field in a match against Forge FC:

Iain Hume: “Haha! That’s one of the best things about Ledge, who I’ve known for best part of twenty years. Proper professional and leader. Trains and plays a hundred percent every single day, but knows that we are very fortunate to be doing what we love as a career, so enjoying it is a must.”

With a professional playing career that started at the dawn of the new millennium with Tranmere Rovers, Hume has seen a lot change in the Canadian football landscape: prior to MLS sides north of the border, Canadians seeking professional opportunities needed to take a big risk and leave the country to pursue such ambitions. It was harder for them to break into foreign sides that had domestic options, and perhaps as a result of this, the national team was frequently filled with players unattached to clubs.


We asked Iain how important it was for Canada to have not only its own professional domestic league, but one that requires clubs to give domestic talent time on the pitch. In the CPL, clubs must field a squad that has a majority of Canadians in the lineup, and must also have three domestic U-21 players on each 23-man roster that must accumulate 1,000 minutes of playtime each season.

Iain Hume: “I think it’s a great thing for the growth of the game in Canada. For the vast majority of the players, they were playing their first professional games and are still learning their trade. But it was good to see that players with more experience were involved, to help them evolve. Maybe there could’ve been a few more experienced players though, if I’m being honest. Although, the progression of the players from the start to finish of the season was obvious for all to see and a massive positive for the league.”

To that end, Hume believes that the Canadian Premier League will absolutely see some of its players make appearances for the Canadian national team:

Iain Hume: “I think that’s gonna happen for sure. They’re playing constant first team football, which is a million times better than sitting on the bench and playing reserve team football. It will also help young players move on to MLS and possibly abroad with continual progress with their performances.”


Hume himself made some 43 appearances for Canada, scoring six goals for Les Rouges along the way. He’s seen the country and its governing sporting body through some dark days, so we asked him what his thoughts were regarding the next generation of players like Alphonso Davies and Jonathan David:

Iain Hume: “I think this national set up at the minute is so exciting to watch. Milan Borjan, Alphonso, Junior, Scotty Arfield, Samuel Piette to name a few, are as good as anybody in their position in CONCACAF. Jonathan David and Lucas Cavallini are in incredible form for club and country and will frighten any team at the minute. I’m seriously looking forward to watching the guys once qualifying comes around.”

Canada’s World Cup 2022 qualification hopes got a big boost following a historic win against the USA last month, but the country still has a lot to do if it is to remain in the illusive Hex. The team will need to consistently bring the ‘blood, guts, and thunder’ demanded of them by Herdman.

In any event, the future of Canada is certainly looking bright, and Iain Hume is looking to be a part of it at the club level: after playing abroad for over twenty years, the veteran Canadian international is evidently hoping that his free agency will lead to an opportunity to sign for a club within the Canadian Premier League, allowing him to play in front of family and childhood friends for the first time in his career.

What ultimately happens next for Iain Hume remains to be seen, but one thing is certain: he still feels as though he has a lot to offer clubs both on the pitch and in the locker room. Whenever he does end up hanging up his boots, he’ll be doing it as a Canadian football icon from an era where the odds were firmly stacked against such an idea from even developing.