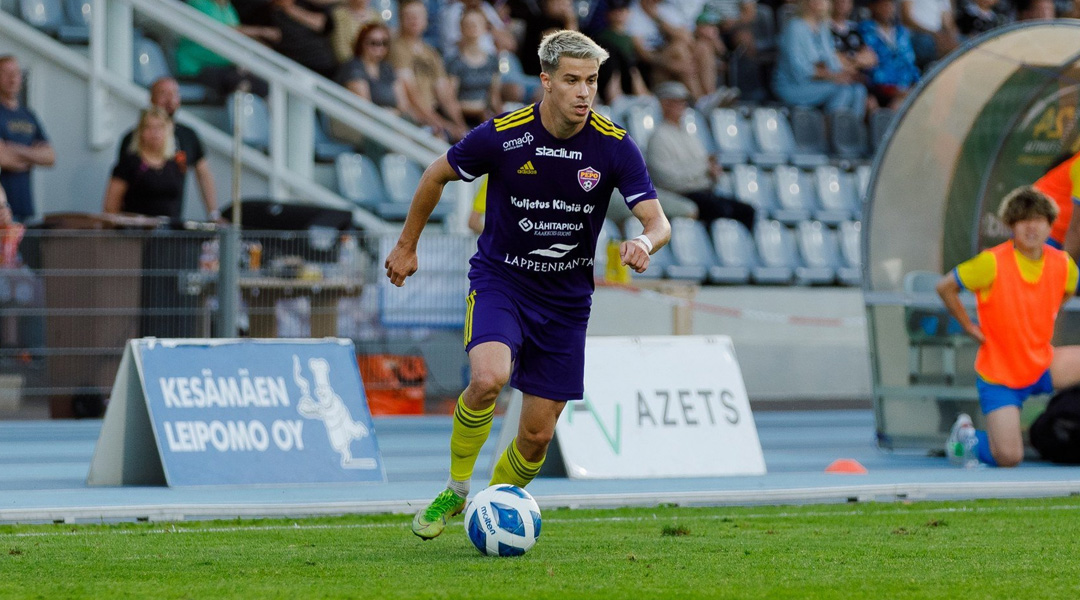 Sukunda Inks Deal With IF Gnistan

Canadian winger Zachary Sukunda has completed the move from PEPO Lappeenranta to IF Gnistan.

The 27-year-old has engrossed himself in Finnish football for the last three seasons, suiting up for second division side Ekenas IF and PEPO Lappeenranta before making a move to new pastures this week.

His time in purple saw him transition away from a full-back role to showcase a more attack-minded side of his game, contributing eight goals and four assists as a direct winger and attacking midfielder. He also got to suit up with former Eddies defender Jeannot Esua and Canadian defensive midfielder Jeff Addai, too.

His new side IF Gnistan finished seventh in the table last season – one spot outside of promotion playoffs – but then topped the relegation group to stay safely in the second tier.

The club had been eyeing the versatile Canadian for several months before coming to terms with the him last week, with Sukunda expected to play a big role in the club’s promotion group hunt.

“I had an offer from another country, but a move to Gnistan was always at the forefront of my plans,” revealed Sukunda. “Since last year, I thought Gnistan would be a perfect fit for me because of their style of play.”

Sukunda made history as the first-ever player to sign with Canadian Premier League side Halifax Wanderers, with the then-right-back going in to make 21 appearances across all competitions for the side.

He developed through the CF Montreal academy and spent two years with their USL affiliate FC Montreal before completing his first stints abroad through Swedish side Umea FC and Australian clubs Hume City and Northcote City.

Now set to embark on his fourth straight season in Finland, it looks like Sukunda will continue to get big minutes in Finland’s second tier as he trades purple for yellow and blue.