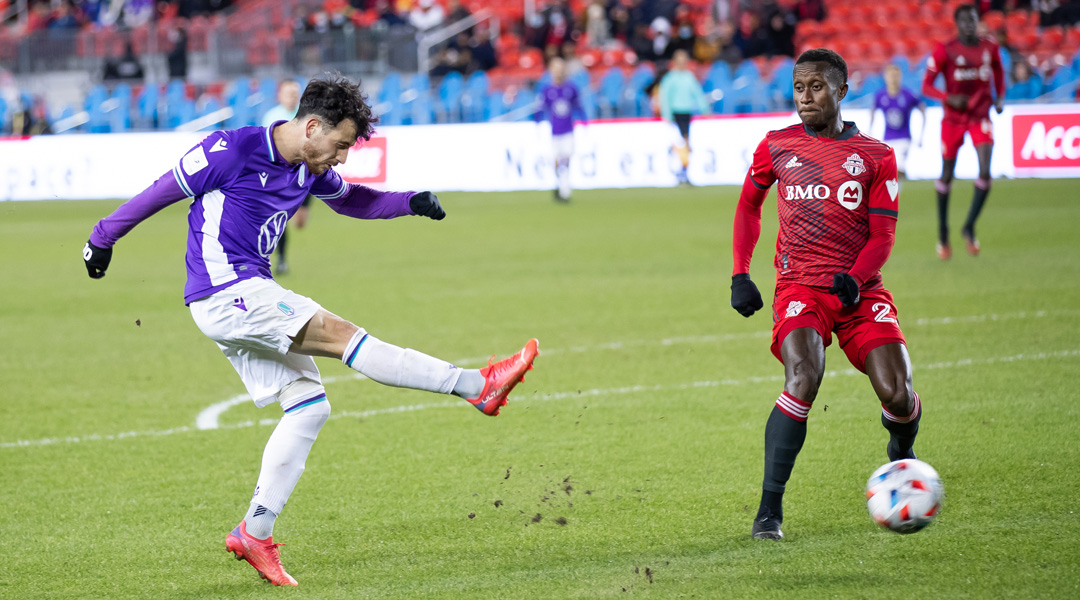 Just a few days after reports that Marco Bustos was set for Europe broke out, Swedish outlet Expressen has reported that the attacking midfielder is set to sign for IFK Varnamo in the Allsvenskan.

The outlet reports that Bustos, 26, will be revealed by the club next month barring any unforeseen circumstances, becoming Varnamo’s third winter acquisition after Emin Grozdanic and Viktor Bergh.

The transfer comes after Bustos had undergone a trial with Toronto FC following four seasons in the Canadian Premier League, where he’s contributed 23 goals and 20 assists in just 90 appearances.

He split the time between Valour and Pacific, helping the latter to a North Star Shield win in 2021.

Manuel Veth had reported that the Bustos was in advanced talked with two Swedish sides and one from the Eredivisie, and evidently these talked have continued to quickly progressed.

Prior to his time in Canada’s top flight, Bustos started his career with the Vancouver Whitecaps, undergoing a loan to Atletico Zacatepec before suiting up for Oklahoma City Energy FC. He has also made six caps for the Canadian national team.

Former PFC boss Pa-Modou Kah was adamant that Bustos can still make an impact at the MLS level, though it looks like the Allsvenskan now hails for him instead.

IFK Varnamo is an intriguing destination: the club was in the third tier in 2020, but rocketed to the Swedish top flight through back-to-back promotions, finishing mid-table last season. The new season will begin this April.

Bustos will arrive as a top-rate attacking reinforcement capable of playing anywhere along the club’s attacking line, so it’ll be interesting to see how he fares.

Expressen had accurately reported on Malmo’s acquisition of Derek Cornelius a week before it happened, with Bustos now likely to test himself against the Canadian international later this year.

Meanwhile, Pacific will be hoping to retain midfielder Manny Aparicio, while it remains to be seen if Gianni Dos Santos will stay. There’s already been some new faces revealed for their midfield and attack with the recruitments of Pierre Lamothe from Halifax and Easton Ongaro from WFC2.