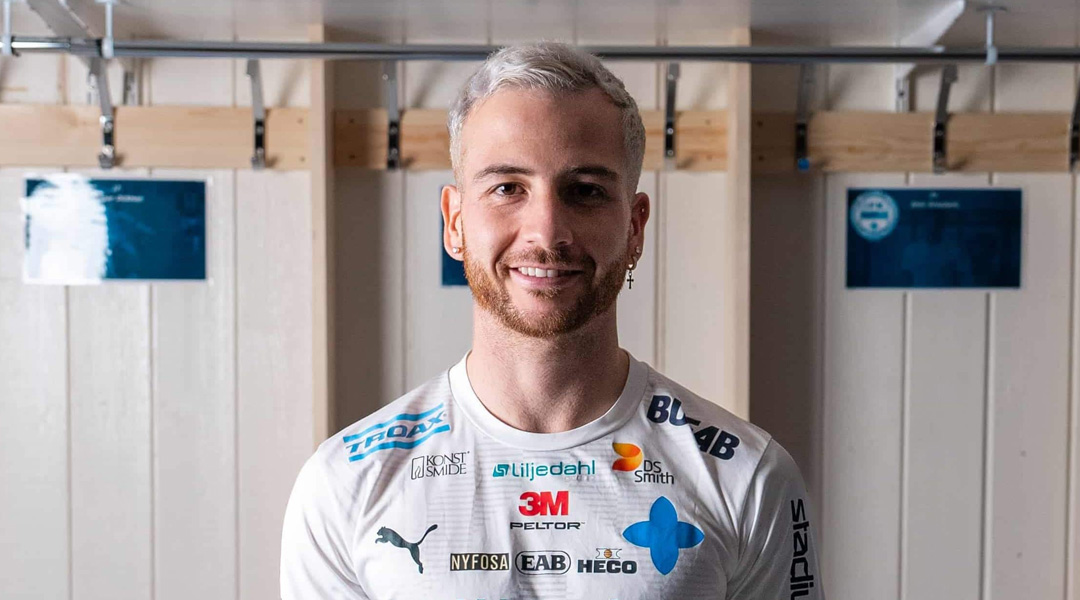 Swedish Allsvenskan side IFK Varnamo has unveiled the signing of Marco Bustos, who arrives on a two-year deal with the team.

The 26-year-old has been a a rumoured transfer target for weeks now, having proved himself to be a Canadian Premier League performer over the last four seasons. He contributed 23 goals and 20 assists through 90 appearances split between Valour FC and Pacific FC, the latter of which Bustos won a North Star Shield with in 2021.

Bustos had also featured for MLS side Vancouver Whitecaps and Mexico’s Zacatepec, having also made six appearances for the Canadian national team throughout his career. He had undergone a trial with Toronto FC before his new move to Europe – something he reveals has been a bucket list fixture for the attacking midfielder.

“The biggest goal in my career has always been to move to Europe and play football at a high level. After the last few seasons in Canada, I was convinced that the right opportunity would eventually come. I never wanted to move to any European club just to move. Instead, I wanted to make sure it was a move that was right for me but also right for the club I’m joining,” said the new IFK Varnamo man.

Bustos had accrued plenty of interest after his contract with Pacific FC expired in 2022, and IFK Varnamo won’t the only interested in suitors – there was another side in the league sniffing about, along with a club from the Eredivisie.

“I took the time to listen and evaluate the opportunities that were given and in the end I strongly felt that IFK Varnamo was the perfect club for me. I had many ongoing conversations but after speaking with Varnamo’s Director of Sport and coaching staff, I really felt their strong desire to bring me to the club and have an important role.”

The club mentions that he will primarily be viewed upon as an attacking midfielder, though they made sure to note his capabilities in an outside position and as a striker, too.

IFK Varnamo Sporting Director Enes Ahmetovic describes Bustos as a very ‘Varnamo-compatible’ player who brings plenty of technical qualities and creative solutions for their attacking capabilities, whether that means he’s scoring himself or setting up his teammates.

“We need to give Marco time to acclimatize to Sweden and allow him to recover after a long journey. After that, we can expect a player and a character who will bring good things to IFK Varnamo both on the field and in the dressing room,” added Ahmetovic. “We are of course very pleased that Marco is joining us and we look forward to seeing him at Finnvedsvallen next season.”

Bustos will wear the number 19 at IFK Varnamo, who finished tenth in league standings last year. He won’t be the only former CPL athlete in the league, with Simon Adjei having moved there last season.