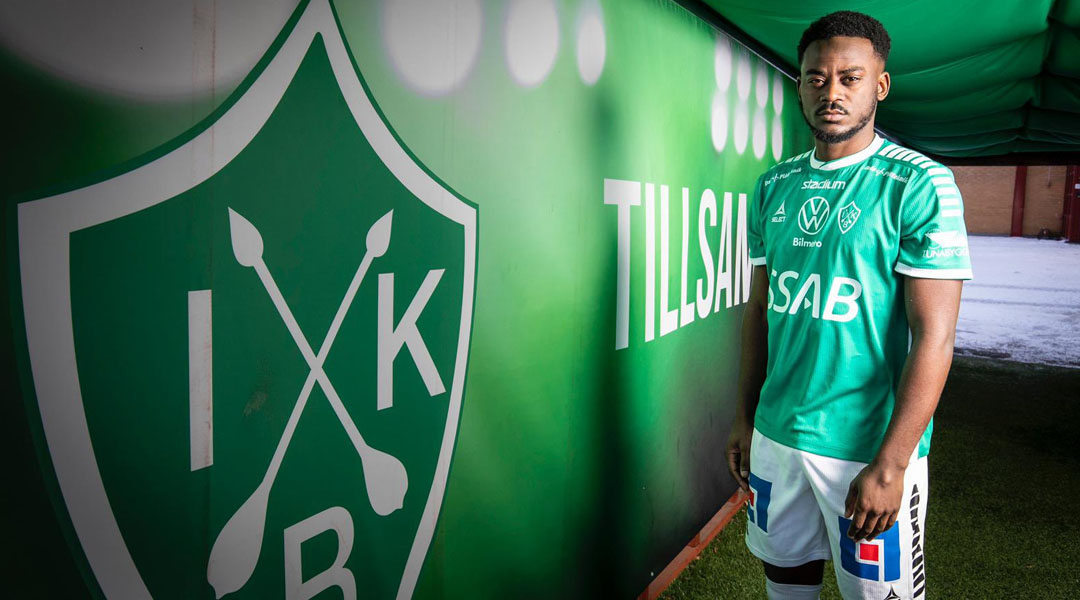 The move sees him rejoin fellow West Ham Academy graduate Moses Makasi, with the English left-back now having undergone a week of quarantine in Sweden ahead of meeting the rest of his new teammates.

The 25-year-old defender was a regular starter for Cavalry FC over the club’s first two seasons, making 41 appearances and scoring three goals during his time at Spruce Meadows.

Mavila had spent his entire career in England prior to his transition to Canada, developing with Wycombe Wanderers and West Ham United prior to a series of loan spells and transfers in the English lower leagues. His move to Cavalry FC saw him establish himself as a league-leading left-back in the Canadian Premier League’s inaugural campaign.

Last year saw the London-born left-back appear in all nine fixtures for Cavalry FC across the shortened season, where he contributed all three of his Cavalry goals (including an audacious goal against the Halifax Wanderers) along with two assists.

The club announced his departure last November alongside four others, with head coach Tommy Wheeldon Jr. stating that his impressive Island Games campaign came at an emotional time for the English defender:

He’s been very consistent for us over two seasons. He had, unfortunately, a close relative pass away from COVID during the time he was away.

After spending time at home, Mavila’s new chapter is set to start over in Borlange, where he’s already completed a week of quarantine ahead of today’s announcement.

IK Brage finished in eighth place last year, a disappointing drop after having made the promotional playoffs in 2019. All told, it’ll be interesting to see how Mavila fares for the green-and-white as they seek to rise up the Superettan table this year.