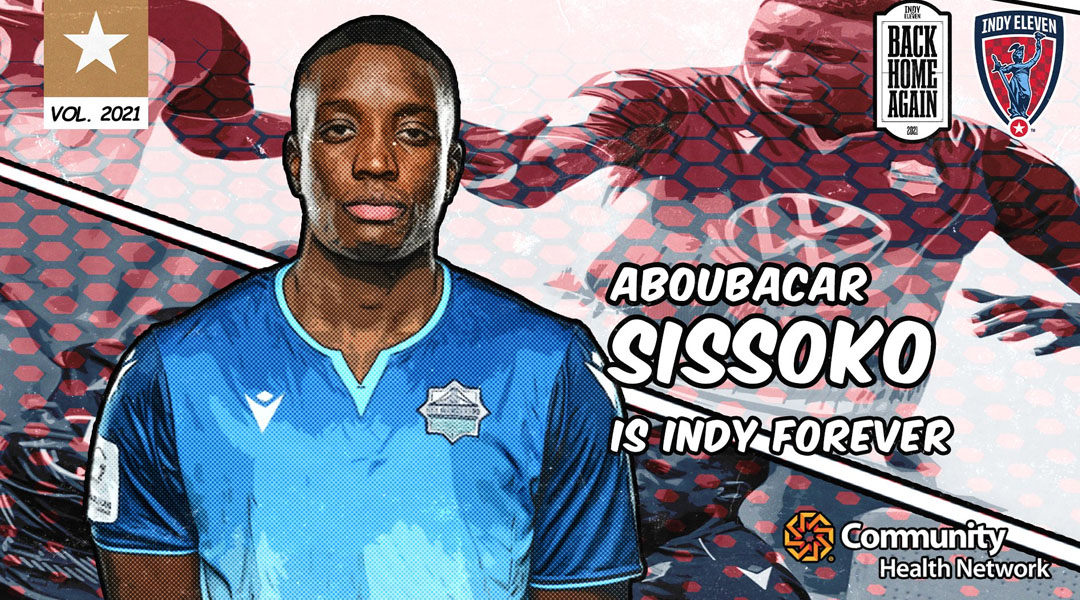 A few weeks after it was more-or-less confirmed that former Halifax Wanderers midfielder Aboubacar Sissoko had signed for a team in the USL, the news is now official: Sissoko is an Indy Eleven player.

The CPL standout arrives to the USL Championship side on a one year deal with an option for 2022, joining fellow Quebecer Karl Ouimette and former Fury captain Carl Haworth.

I’m very excited to start a new chapter of my career with Indy Eleven. After talking with [Head Coach Martin] Rennie, it felt obvious that coming to Indianapolis was the best decision. I know the fans in Indianapolis are passionate about the club, and I can’t wait to play in front of them and leave it all on the pitch to help Indy Eleven get back to its winning ways in 2021.

Sissoko’s first year of professional football saw him prove to be a dominant figure at the CPL level, which perhaps makes it no surprise that he’d trialed with the Vancouver Whitecaps before participating in The Island Games last year.

He appeared in ten matches for the Halifax Wanderers, with the Canadian-Malian midfielder featuring in the CPL Final that saw the side lose out 2-0 to Forge FC.

The defensive midfielder was originally drafted by Forge in the 2018 CPL-U SPORTS Draft, but didn’t end up signing for the current league champions. Evidently, he’s proven that he has what it takes at the professional level.

While his initial trial with the Whitecaps didn’t result in a contract offer, his player agency OBELISQ has noted that Indy Eleven had a track record for sending players upwards: Canadian forward Tyler Pasher was moved to the Houston Dynamo, while goalkeeper Evan Newton went to the Whitecaps and winger Josh Penn was drafted by Inter Miami.

While he had pondered a return for the Wanderers, the 25-year-old now joins a team that more-than-likely was able to offer better financial terms than the Halifax Wanderers, though his agent states the move was more about the project present by the USL side.

The Wanderers, meanwhile, have brought in midfielders Jeremy Gagnon-Lapare and Pierre Lamothe this offseason, with defensive additions Morey Doner and Kieran Baskett being joined by young forward Samuel Salter today.

Sissoko joins Indy Eleven on a one year contract with an option for a further year. The financial terms of the contract were not disclosed by the club.