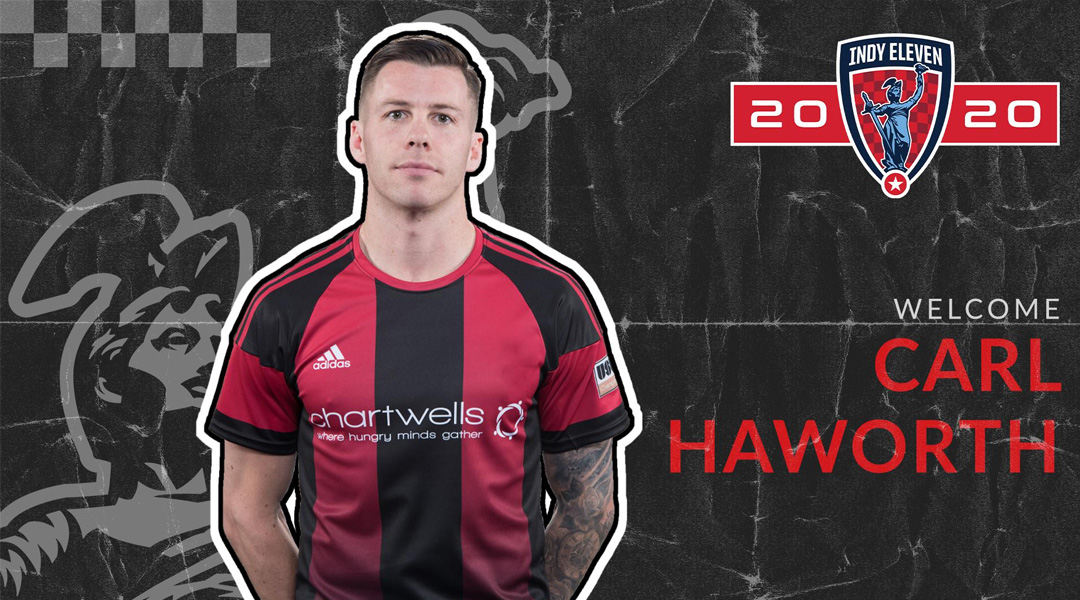 Nearly one month after the Ottawa Fury announced that it was suspending operations, former team captain Carl Haworth has been officially signed by USL side Indy Eleven.

The 30-year-old was described by the club as ‘one of the biggest signings of the USL offseason’, with head coach Martin Rennie stating that Haworth ticked off all the boxes a coach could want both on and off the field.


The England-born right full-back – who is sometimes deployed directly as a winger, or more centrally on the pitch – has never plied his trade outside of Canada at the professional level. Growing up in Barrie, the five-foot-eight player spent three years at Forest City London before signing with the Ottawa Fury in 2013.

Haworth then cemented himself as an integral player for the Fury: he holds the records for most appearances (162), goals (26), and assists (72). He helped the Ottawa Fury reached the USL postseason for the first time this year, recording some ten goals and nine assists across 33 league appearances.

I am very excited to be joining Indy Eleven. Once the opportunity came along, I couldn’t resist. It’s a club that I’ve admired since it started, and I cannot wait to be a part of it. Indianapolis is an amazing city and is deserving of a championship, which I hope to help bring and celebrate alongside the Brickyard Battalion in the coming years.

Haworth has a single cap for the Canadian national team, making his debut in a friendly against South Korea in 2016 under caretaker manager Michael Findlay. Some thought that his most recent campaign in the USL meant he ought to get a chance with the national team again, though no call-up from Herdman came.


The future of professional football in Ottawa is still uncertain: Ottawa Fury owners OSEG blamed the politics behind the CSA, USSF, and CONCACAF for the club’s demise, and seemed to have little interest in jumping over to the Canadian Premier League.

The expectation is that the entirety of the Ottawa Fury roster will follow in Haworth’s path and land elsewhere this offseason, with some players expected to make way to Canada’s burgeoning professional league. As of press time, no Fury players have officially been announced for CPL sides as of yet.

Of course, it’s not just Canadians in the Ottawa Fury who may be CPL bound: with former Phoenix Rising midfielder Alessandro Riggi now a free agent, there’s no telling what kind of transfers may occur now that players like him have more professional options back home.

Financial details regarding Haworth’s contract with Indy Eleven were not disclosed by the club.