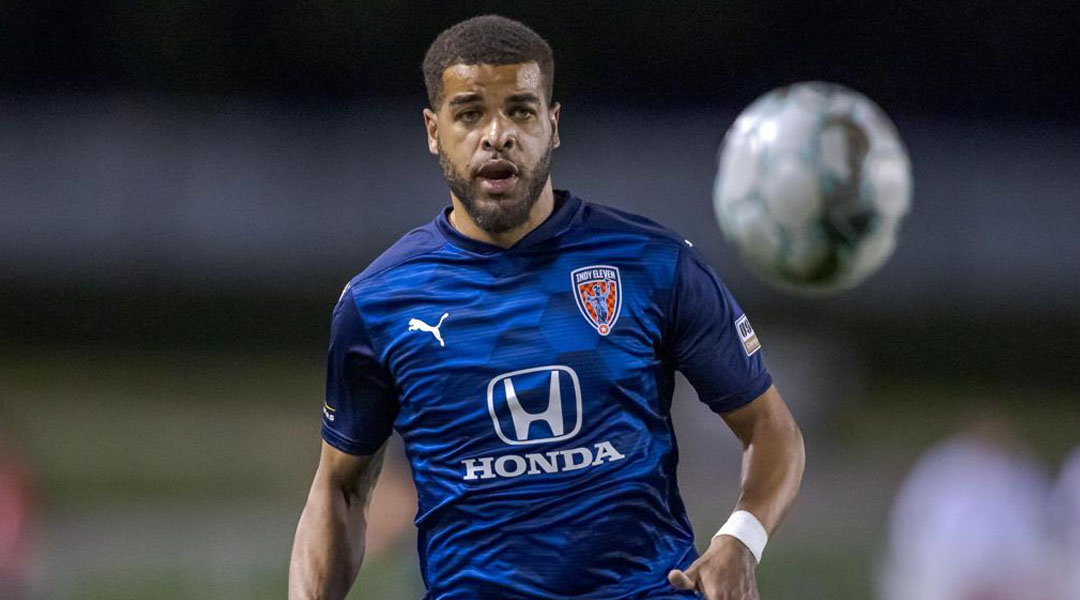 The 25-year-old centre forward had made 18 appearances for the team this season, scoring five goals from twenty-one shots. His last appearance for the side came against Sporting Kansas City II on August 22, where he scored the equalizer before being substituted in the 73rd minute.

The Scarborough-born striker turned professional with Toronto FC after developing through the MLS side’s academy system, featuring for Toronto FC II and inking a homegrown contract in 2014. He scored 11 goals in 54 MLS appearances for the side, participating in the club’s historic treble-winning season in 2017.

During a time when we estimated his stock was on the rise, Hamilton was traded to eastern conference side Columbus Crew, where he found his opportunities limited. He made just six appearances for the side over the last two seasons, leaving to join Indy Eleven after picking up 2020 MLS Cup honours with the Crew.

That’s where Halifax Wanderers standout Aboubacar Sissoko ended up, too.

Hamilton has also appeared twice for the Canadian national team, making his last appearance five years ago in a 4-0 friendly win against Mauritiania. He was more regular at the youth level, where he represented Les Rouges in the FIFA U-17 World Cup and two Concacaf U-17 Championships.

In terms of domestic talent, Jordan Hamilton would be an exciting signing for any Canadian Premier League side, though it wouldn’t be surprising to see him remain in the USL Championship, either.