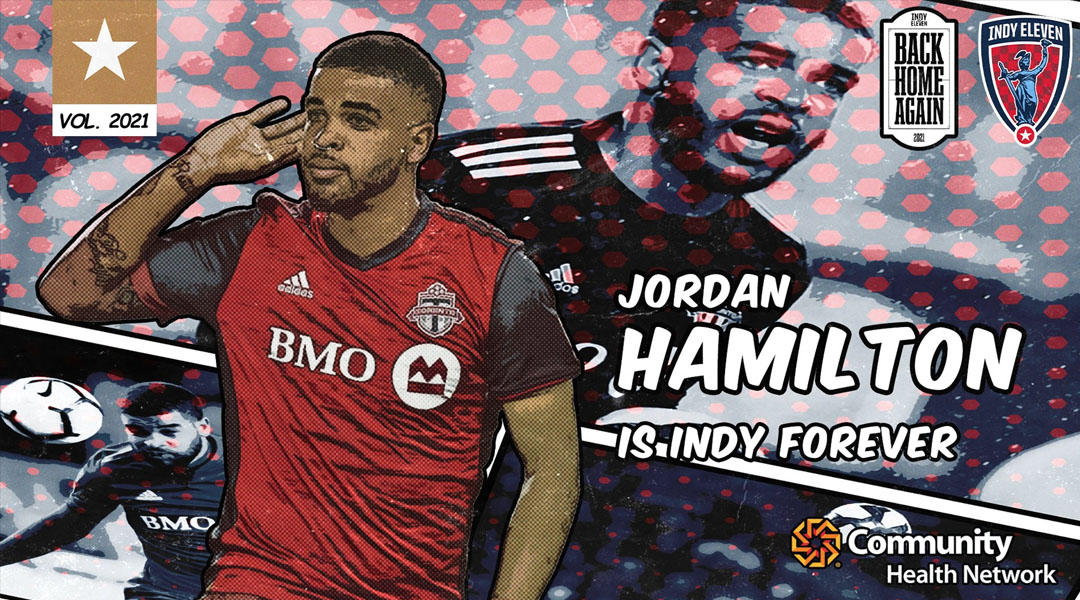 USL side Indy Eleven has signed former Toronto FC and Columbus Crew striker Jordan Hamilton ahead of the upcoming season.

The 24-year-old is a two-time MLS Cup winner, arriving at Indy Eleven after having scored 37 goals in 135 appearances across all competitions.

I’m excited to come to Indy Eleven and want to thank Martin Rennie and Ersal Ozdemir for the opportunity. Martin and I have been in contact over the years and I feel he is the right coach for me, and now is the time in my career to be relied upon. I have heard great things about the fan base, and I hope my goal scoring ability and winning mentality will contribute to a memorable season for them and the club.

Hamilton earned his professional contract with Toronto FC after developing through the MLS side’s academy system, inking a Homegrown contract in 2014. During his time with TFC, he scored 11 goals in 54 MLS appearances, with the obvious high note being Toronto FC’s treble-winning season in 2017.

During a time when we estimated his stock was on the rise, Hamilton was traded to eastern conference side Columbus Crew, where the Scarborough-born striker found his opportunities limited. He made just six appearances for the side over the last two seasons, departing following an MLS Cup win to cap off the 2020 MLS season.

This won’t be his first stint in the USL, with Hamilton having been a Toronto FC II regular ever since signing a professional deal in 2014, though he was first loaned to the Wilmington Hammerheads.

It might also lead to an awkward reunion between Hamilton and referee Pierre-Luc Lauziere, who he publicly criticized following the first leg of the a Canadian Premier League Finals match. In 2017, Lauziere had handed Hamilton the first red card of his career in a match between TFC2 and New York Red Bulls 2.

This marks the second Canadian acquisition that Indy Eleven has made this year, with former Halifax Wanderers midfielder Aboubacar Sissoko having been announced earlier this month. With Canadians Karl Ouimette and Carl Haworth also rostered, head coach Martin Rennie is evidently unafraid to dip into the Canadian market.

Jordan Hamilton is a dynamic, powerful striker who has played for two of the best teams in Major League Soccer throughout his career. He is an experienced goalscorer who knows what it takes to contribute to a team that lifts trophies at season’s end, two attributes you can never have in enough supply on your roster.”

Hamilton has made two appearances for the Canadian national team, the last of which came in a 4-0 friendly win against Mauritiania in 2016. The 24-year-old was more prominently featured at the youth level, where he represented Les Rouges in the FIFA U-17 World Cup and two Concacaf U-17 Championships.

Having proven to be a success at the USL level in the past, Hamilton now arrives as a talent who will be expecting more playtime than he got at his previous side. All-told, it looks like Indy Eleven made a good pickup in the Canadian striker.

Indy Eleven has now signed 19 players ahead of the 2021 USL Championship season. The club did not disclose the length or financial details of Hamilton’s contract.