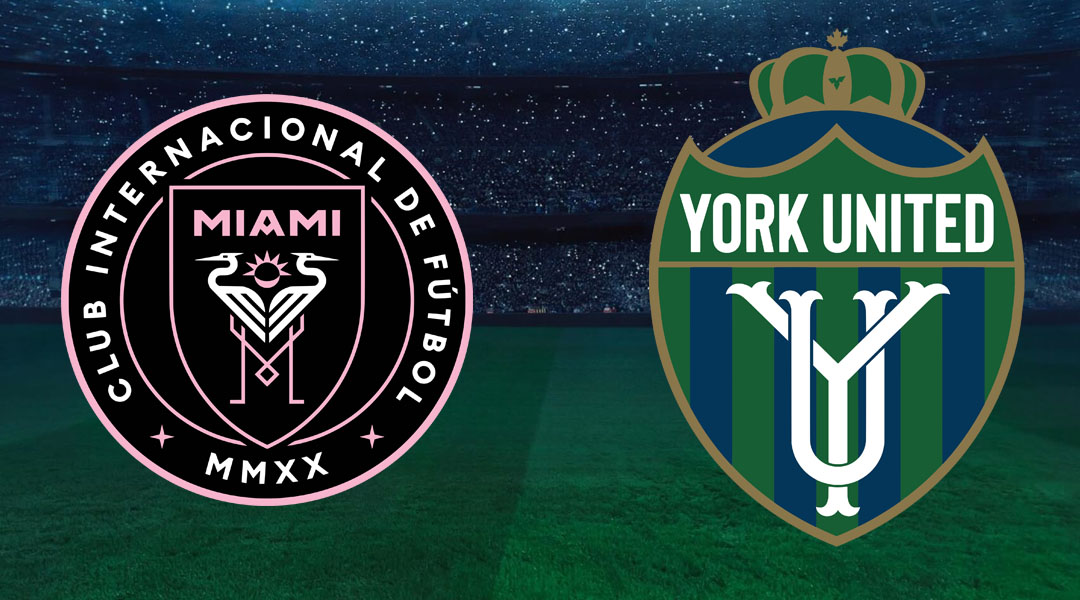 Today, York United has announced that Sam Gregory, the club’s Director of On-Field Analytics, has been hired by MLS side Inter Miami CF ahead of the 2021 Major League Soccer season as the side’s Director of Analytics.

Hailed as one of the sports data world’s rising stars, Gregory was hired by York United back in July ahead of the Island Games bubble tournament. He arrived after working with the likes of Opta (now StatsPerform) in London and Sportlogiq in Montreal.

In speaking with York United Club President Angus McNab, the fact that the data analyst has now signed on with a Major League Soccer side comes as no surprise:

I think he is one of the absolute best in his field and I really believe that. His communication of data and models is his greatest asset and I think he’ll continue to shine. I’m sure he continues to grow and really keen to see what they do down in Miami – I’ve been fortunate to have a few discussions with [Sporting Director] Chris Henderson previously and that’s a great person to work alongside and for.

Sam is credited for helping the club’s decision making in a big way, with McNab reflecting that his ability to help them review and separate chance creation allowed them to identify an over-reliance on crossing and a heavily reliance on set piece goals. While both became conversation points later on amid a big roster rebuild, being able to see well-presented data help the club discuss solutions and make informed decisions at a faster pace.

Having come from a data-intensive background himself, Gregory came in as a good fit with Angus McNab, who has a very data-driven approach with the recently rebranded side. This offseason, the club has undergone a large-scale roster rebuild built mostly around up-and-coming young talent after a tough Island Games campaign in 2020.

Describing the opportunity to join Inter Miami as one he couldn’t refuse, Gregory reflects on his time with York United with positive memories:

I’m really proud of what we’ve been able to accomplish at York United over the past six
months, both at The Island Games under incredibly challenging circumstances and
building one of the most exciting young squads in the CPL for 2021. Even though I’m
disappointed to be leaving, I can’t wait to see this team take the field next season. I think
all York United supporters are in for a treat.

Now, of course, the club has a good connection with a Canadian soccer fan directly involved with crunching the numbers for one of Major League Soccer’s newest clubs. As far as staff movement goes, this puts the club in a good spot.

It’s another phone number of someone directly involved in MLS player recruitment and a person who loves Canadian soccer – certainly a good position for us all!

McNab had previously utilized some of his own Major League Soccer connections to bring in Argentinian midfielder Brian Lopez, who had previously trialed with the Colorado Rapids. While the COVID-19 pandemic ultimately stymied the move, McNab says that Gregory’s move to Inter Miami is one that puts another building block in place in terms of MLS relationships.

York United were the first Canadian Premier League club to hire an out-and-out data analytics director at the individual club level, and whether that occurs again remains up in the air: McNab says the club will evaluate its need to replacement Sam Gregory once the final roster pieces are in place.

I think Sam was a unique candidate and we need to just take a breath and look again to see where we are and what may be needed as we plan for the future.

York United made several ambitious staff hires last year, bringing in the aforementioned Sam Gregory, award-winning sportswriter Eoin O’Callaghan, and sports executive Eva Havaris after she was let go by the CPL despite helping play a big part in the success of The Island Games.

To that end, McNab credits the club owners for backing his staff hires following his own arrival last January:

I think that all the credit goes to our owners, the Baldassarra Family. They have listened and backed me whenever I have come to them with a suggestion of how we can improve the front office or football department. This isn’t just investment in people but in all areas of the club. They believe in making this something much bigger and with our community at the heart of everything. I think selling people on what we want to do here has been easy when I can point to the commitment of our owners and the mission, vision, and values of the club.

With the tentative 2021 Canadian Premier League season start date set for May, McNab still has a few months to make adjustments before what will hopefully be a full 28-game season takes place. The club has already filled 21 of its allowed 23 roster spaces, seven of whom are domestic U-21 players. While all of its international roster spots are filled, McNab notes that the club still has significant salary cap space to sign the best available domestic talent before the window closes.

All-told, York United’s data analyst being hired by Inter Miami reflects well on the Canadian Premier League and, of course, York United. It’s certainly a high-profile career move for Sam Gregory, and it’ll be interesting to see how he fares at the Major League Soccer level.