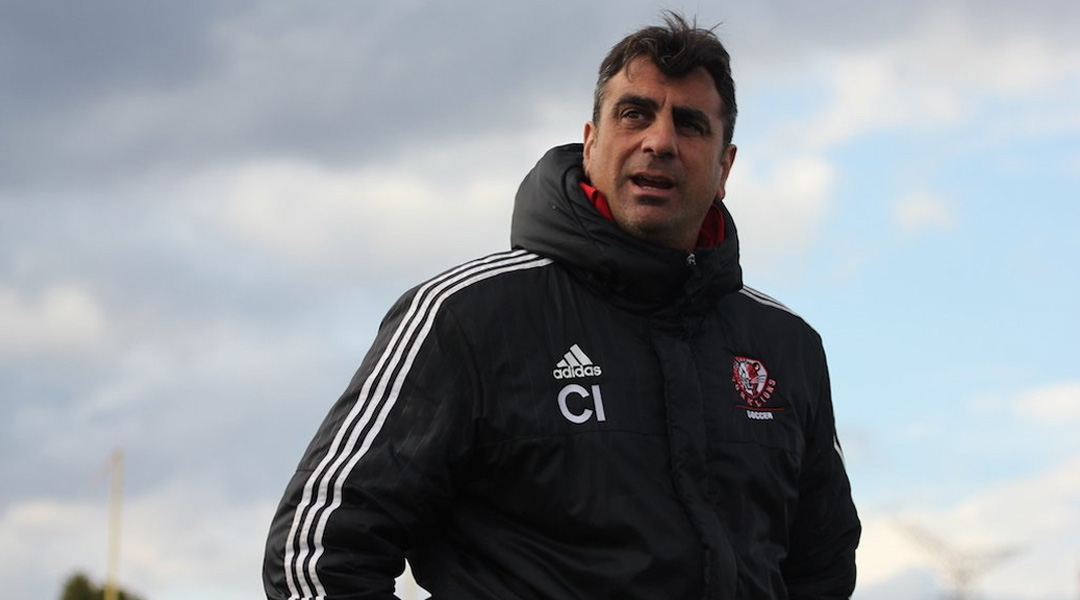 When one thinks about players making the jump to the Canadian Premier League for their first professional season, one probably thinks about athletes coming from League1 Ontario or MLS academies first, though university sport governing body U SPORTS has contributed on a large scale, too.

On a recent episode of the CPL Back Of The Net podcast, York9 FC assistant coach Carmine Issaco has revealed that he believes that university players from U SPORTS have provided the newfound league with the best bang-for-buck ratio.


With Isacco’s York University Lions facing a hectic September schedule, the 48-year-old coach caught a red-eye flight back to Toronto after the Nine Stripes’ away games in Alberta so that he could oversee the York University Lions’ preseason preparations. They’ve played three OUA games in nine days, indicative of a packed schedule that will feel familiar to Canadian Premier League fans.

It’s safe to say that Isacco, who is one of the most decorated U SPORTS football coaches of all time and even helped with the Canada U-20s several years ago, knows a thing or two about player development. He believes that university teams from coast-to-coast are harboring talented players who can contribute at the professional level:

I think that there’s a lot of good teams that have a lot of good players out there. I mean, if you look at the facts – and this is statistics, I’m not a statistical person, the best players in the CPL for the money, for the quality, and for all those variables considered, have come out of U Sports. [The] Easton Ongaros of Edmonton, and the Peter Schaales from Cape Breton and Halifax, those are the players who have made the biggest impact, and the players from York University whether it was Daniel Gogarty, or…if you put things in perspective, those have been the best and most efficient players in the CPL.

It’s not known what the U SPORTS draft picks make under both developmental contracts or professional ones, as the league doesn’t disclose such information. The salary cap given to each of the seven founding clubs is also an unknown, though FC Edmonton co-owner Tom Fath implied it was less than the wage structure from the club’s NASL days.


Prior to the Canadian Premier League, any university players who participated in professional football would be ineligible for a year of U SPORTS action. However, the domestic governing body of university sports made a collaborative deal with the CPL which allowed for U SPORTS athletes be drafted by CPL clubs without losing their eligibility.

Like Issaco indicated, the result has allowed youngsters like the six-foot-six Easton Ongaro and the recently-graduated Daniel Gogarty to flourish in their rookie seasons, with many of the draft picks like Peter Schaale, Jace Kotsopoulos, and Emmanuel Zambazis returning to their university education with full eligibility to play for their respective university teams.

When it comes to identifying talent at the university level, it’s tough to find someone more qualified than Isacco: he’s led the York University Lions to five OAU championships in the last six years, four national banners, and has won provincial medals in ten out of eleven seasons as the York Lions head coach. All told, he’s accumulated 193 wins compared to just 30 losses.

Isacco has been a key figure in using his university-level connections to bolster the York9 FC squad: Michael Cox, Daniel Gogarty, Colm Vance, Emmanuel Zambazis, and Ryan Telfer have all played for Isacco at the U SPORTS level. In fact, Telfer was originally going to go to the Ottawa Fury on loan this season until a call from Isacco convinced him that he’d be best served at York9 FC.


While only time will tell how many standout U SPORTS athletes will make the jump into professional sporting careers, the CPL-U SPORTS draft will allow for many of them to get a taste of the pro game in a relatively risk-free manner. The fact that one of the country’s leading university coaches thinks that U SPORTS players provide the best bang-for-buck ratio in the CPL is certainly food for thought, too.

It’ll be interesting to see how the partnership between the domestic professional league and U SPORTS continues throughout the years, assuming that both parties are happy with the relationship.

Source: CPL Back of the Net Podcast