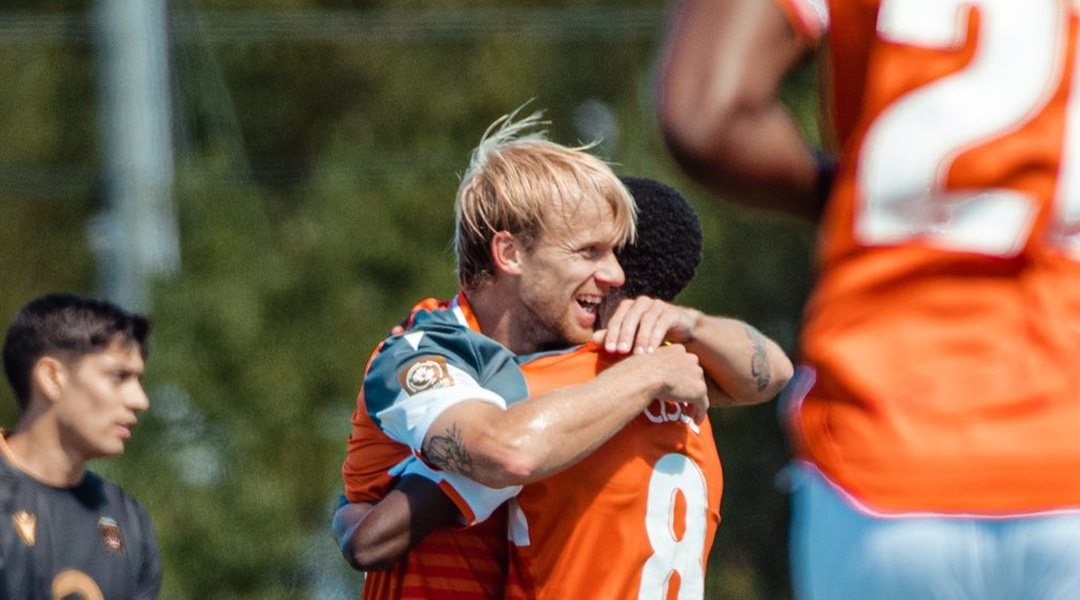 Forge FC entered the match as the only team with a group stage spot locked in, with Valour FC needing a win to keep its own postseason push alive.

Four goals later, it wasn’t meant to be for the Winnipeg-based team: after coming back from being a goal down to lead the game, a headed effort from Forge FC saw both teams share a point – and that wasn’t enough for Valour FC to stay in group stage contention.

Forge FC head coach Bobby Smyrniotis needed to wrap up the last of his required U-21 minutes, with the club gaffer handing Baj Maan a goalkeeping debut and putting Monti Mohsen up on the left flank to do so.

Valour FC gaffer Rob Gale was forced to make changes of his own after Andrew Jean-Baptiste and Chakib Hocine went down injured last game, though Federico Pena’s red card appeal was successful. The club fielded a back three of Yohan Le Bourhis, Julian Dunn and Raphael Ohin for its must-win match.

The reigning champions got off to a hot start with team captain Kyle Bekker slamming the ball off the ground and above James Pantemis to give Forge FC an early lead, giving Valour FC an early test of character.

Valour FC responded almost immediately, with Le Bourhis rising high to slam home a headed effort that equalized for Valour FC minutes later, denying Maan a clean sheet on his debut. Notably, this was Yohan’s first match of the season for VFC.

The Winnipeg-based side showed great character to come back, with Rob Gale’s side taking the lead in the twenty-seventh minute with a first-ever Valour FC goal from Moses Dyer!

Bekker came close to responding for Forge FC minutes later, with the heated nature of the match also leading to Bobby Smyrniotis collecting a yellow card from the touchline.

Moments later, Aird came close to giving his side a two goal lead with a great effort that forced Maan into a great save. On the opposite end, Zajac slipped between two defenders but saw his close range header fly off target.

The second half would see the Hamilton-based side provide heartbreak for sporting fans in Winnipeg, with the third headed goal of the game coming via an Alexander Achinioti-Jonsson equalizer.

The late game knocks added up for Valour FC, with Rob Gale making four substitutions at the same time as his side pushed for a necessary go-ahead goal.

Pantemis made a big save late in the game to keep his side in it, with a VFC counter attack nearly causing trouble at the opposite end.

Despite a truly valiant effort from Rob Gale’s side, Valour FC were unable to procure a match winner with the match ending in a two-two draw.

The result keeps Forge FC at the top of the table, while Valour FC’s time in PEI has now officially come to a close. Gale’s roster showed a remarkable improvement over the 2019 variant of the squad, so it’ll be exciting to see what the Winnipeg-based team can do in a full season format.