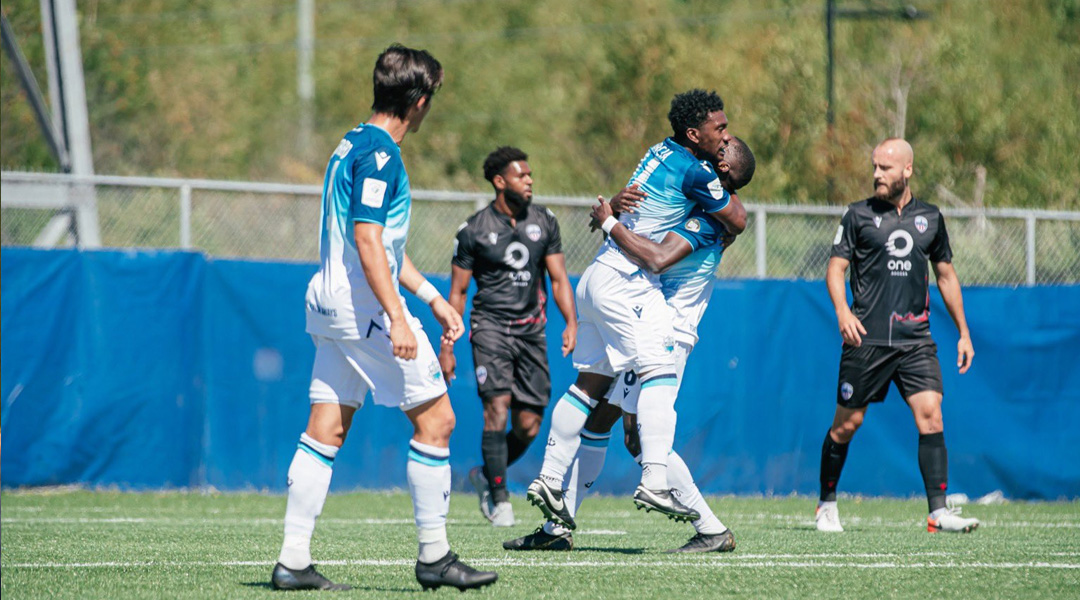 The Halifax Wanderers secured its second win in a row to rise up to second in the Island Games league table, securing its own postseason berth while sending Atletico Ottawa home.

Atletico Ottawa entered its second do-or-die match in a row after scoring late against Pacific FC to keep its Group Stage dreams alive, while an in-form Wanderers side took to the pitch knowing that getting a draw or better would see the side secure its own postseason position.

Ottawa head coach Mista named a familiar starting eleven, with Jarred Phillips once again starting ahead of Vashon Neufville, who had a hamstring aggravation last week.

The Wanderers boasted a strong midfield with Rampersad and Sissoko forming up behind Marshall, Kreim, and Riggi, with the side’s top goalscorer Akeem Garcia starting ahead of them.

Trinidad and Tobago international Akeem Garcia took hold of both the game and the golden boot race with a fine strike in the sixteenth minute, with the striker once again making a smart run into a passing channel and volleying a tight shot beyond Atletico Ottawa goalkeeper Nacho Zabal.

Atletico Ottawa nearly forced themselves back into the game late in the first half, but Halifax local Christian Oxner pulled off some fine saves to keep his side’s lead secure.

Mista brought on Neufville to replace Phillips at half-time, with the left-sided full-back representing an attack-minded change.

Still, the expansion side shot themselves in the foot when a bad backpass from Ben McKendry allowed Wanderers attacker Alessandro Riggi to swoop in on the ball, scoring his first Halifax goal in some style to double his side’s lead and leave Atletico Ottawa with a proverbial mountain to climb.

Ottawa nearly came back minutes later, with Acuna collecting the ball in the box and laying up a shot for Viti Martinez. While the Spanish midfielder played hero last week, this time his shot went wild.

Moments later, freekick effort from Mohamed Kourouma – who scored the club’s first-ever goal – sailed into the gloves of Christian Oxner, with the expansion side unable to break through as the second half wore on.

Fisk came close in the seventy-eighth minute, with the ball rolling to him on the left side of the box. The Atletico Ottawa captain fired a shot to the top left corner, but Oxner once again proved to be a wall for the Wanderers.

The final minutes of the match would see a physical game limit the Atletico Ottawa chances, with Oxner recording back-to-back clean sheets as his side climbed to a two-nil victory over the CPL newcomers to rise up to second place in the league table.


The result secures the Halifax Wanderers a spot in the Group Stage at The Island Games, with the east coast side also now due to be bolstered by the return of Joao Morelli following his two-match suspension.

Newcomers Atletico Ottawa can hold their heads high knowing that they proved to be a competitive team, though tired legs may be an indicator that the club will need to flesh out its depth options in the upcoming offseason.