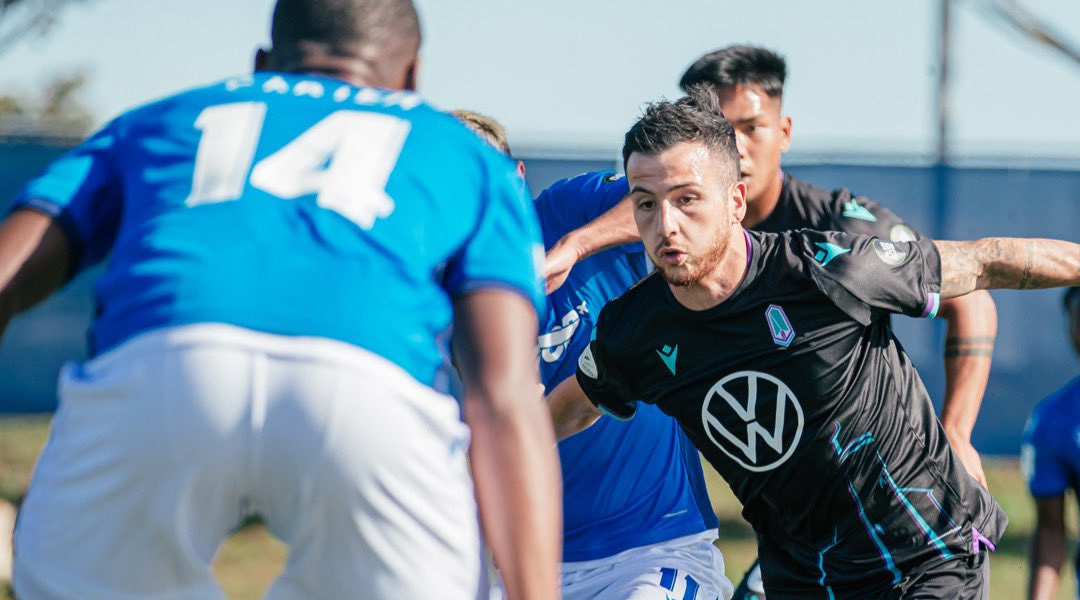 Amer Didic started for FC Edmonton, with the backline anchor having missed most of the season through injury after picking up a knock in the club’s season opener. Target man Easton Ongaro was selected as the leading striker, flanked by Velado-Tsegaye, Aleman, and Amanda behind him as the Eddies looked to secure their only potential win of the tournament.

Pacific FC head coach Pa-Modou Kah shifted Bustos to the middle of the park behind Terran Campbell, while giving Abdou Samake his first start of the season in defense in a must-win match for the west coast side.

The first half saw Pacific FC edge the possession, though the west coast side found itself slightly outshot 4-3 by FC Edmonton. The best scoring chance came in the fifteenth minute, when PFC full-back Josh Heard struck the crossbar.

Kah brought on Alejandro Diaz to replace Victor Blasco as the second half wore on, hoping to shake things up as the side struggled to put together a moment of magic to make the difference.

FC Edmonton would grab a lead for the first time this season, with Easton Ongaro capitalizing on a mistake from Irving, who let the ball slip right through his outstretched arms.

The game would immediately open up with FC Edmonton being overwhelmed in their own box, with Josh Heard slipping a close effort beyond Connor James to equalize for Pacific FC and keep his side within touching distance of the group stage.

Diaz fired a close range effort moments later that deflected off Ramon Soria’s elbow, though the Eddies would see the match continue without a handball call from referee Juan Marquez.

Ongaro found himself with a golden opportunity for a brace moments later, but found his shot blocked by a sliding defender with the big striker falling down and seeing the opportunity similarly slip away.

Then, high-profile midfielder Marco Bustos proved why he’s one of the league-leading midfielders with five minutes left to play, firing a beautiful left-footed shot beyond James to give his side its long-awaited lead and, of course, save their season entirely.

FC Edmonton would push hard in the game’s final minutes, but would be unable to come back into the game with Pacific FC securing its spot in the postseason.

With the Eddies departing from The Island Games without a win from seven opportunities, head coach Jeff Paulus appears to be considering a departure from the head coach role of the Alberta-based side. All-told, the side saw its goalscoring difficulties from the 2019 season more or less continue, with the side only leading a game in PEI for four minutes – and that’s something fans will hope is addressed before the 2021 CPL campaign.

The four teams proceeding to the group stage are now confirmed to be Cavalry FC, Halifax Wanderers, Forge FC, and Pacific FC. The group stage will begin in three days on September 9, 2020.