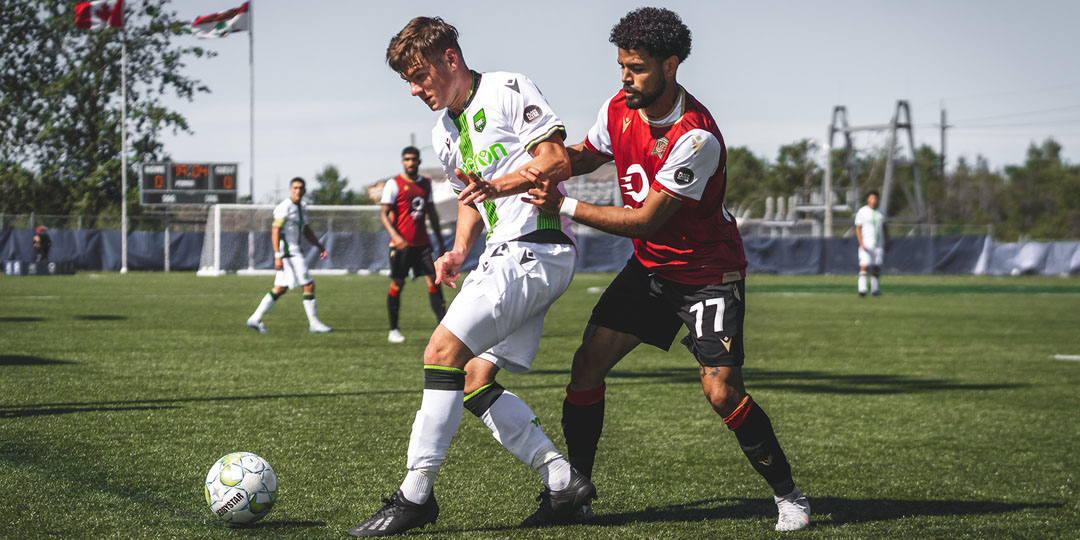 When the Island Games bubble tournament was announced, we reached out to the league to see if the usual requirement of 1,000 domestic U-21 minutes given to youth players would be changed. The league confirmed that this was now pro-rated to 250 minutes, since every team would only play seven matches in the first age of the Island Games as opposed to a full-length 28 match season. Thus far, every team (save one) has safely reached that marker.

In its fifth match on Saturday, however, Valour FC also reached the 1,000 minute marker that a full 28 game season would have imposed, showing that the Winnipeg-based side has put a lot of faith in young domestic talent. After just five games played, the club has a given some 1,076 minutes of game time to its domestic youngsters, with the Winnipeg-based side only outside of the playoffs by a marginal ‘goals for’ difference (the third tiebreaker at the Island Games).

In fact, Toronto FC loanee Julian Dunn could have carried the team to its required minute marker two games ago: he’s played all 450 minutes of Valour FC gametime so far, impressing in a centre-back pairing with Andrew Jean-Baptiste that has helped Valour FC’s average goals against per game drop to just one this year compared to 1.86 from the inaugural CPL season.

The club has yet to call upon domestic U-21 youngsters Raphael Garcia and Yohan Le Bourhis, both of whom made a combined 24 appearances in the 2019 Canadian Premier League season. Last year saw Valour FC still under the 1,000 minute marker at the start of the fall campaign, and that was with youngster Tyler Attardo featuring in the squad.

With Rob Gale having significantly restructured the side in the offseason, the 2020 Valour FC squad is looking a different team entirely: they’re staying structured at the back, they’re scoring just about a goal per game on average (which they didn’t do last spring), and they’re doing it all while trusting the kids.

On the other side of the table, Forge FC has found itself in a tight spot with only one game left to accumulate 112 minutes of domestic U-21 minutes. Monti Mohsen played up on the left wing yesterday to bring the hammers within touching distance of the requirement, but both he and backup goalkeeper Baj Maan (who has been dealing with a hamstring issue) will need to feature in the first stage closer against – you guessed it – Valour FC if the Hamilton-based side is to avoid a fine imposed by the league.

If Maan is injured, the club would be able to bring in an emergency goalkeeper from a two-man UPEI goalkeeper pool like York9 FC did against the Halifax Wanderers. That match saw 20-year-old pool goalkeeper Evan Couturier ride the bench, and it appears that he would count towards the domestic U-21 minute marker if he plays.

As things stand, over 4,300 minutes of gametime have gone to young Canadian talent at the Island Games so far, and that’s a great thing for the development of Canadian football as a whole. With seven matches total left to go in the regular season (and a group stage beyond that for half of the CPL’s eight teams), there’s plenty of minutes left for the youngsters to compete for, too – though the required 250 minutes only applies to the regular season.