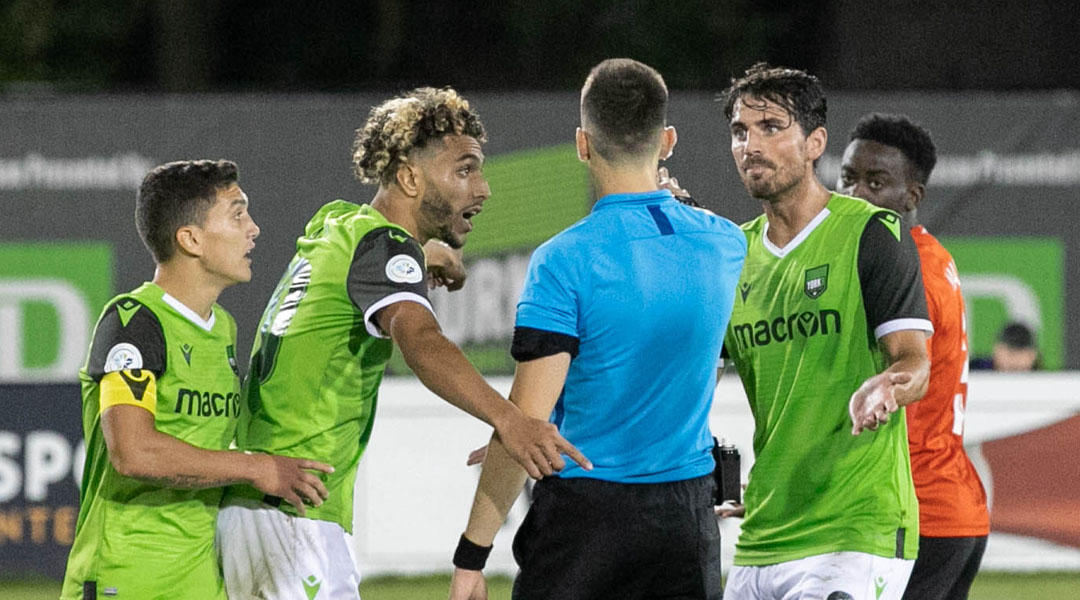 The inaugural season of the Canadian Premier League saw its yellow card accumulation rule impose a delayed punishment: when a player reached four yellow cards, they missed the next match 14 days after their fourth card. This helped prevent depth issues for squads that were already travelling on the road, but it made things a bit confusing for fans.

In the Island Games format, such a delay would make little sense both in terms of the lack of travel and, of course, the length of the regular season itself. Northern Tribune has now confirmed that the yellow card accumulation rule will see any player who racks up four yellow cards receive an immediate suspension for their next match.

This suspension can happen for both the first stage of action and the postseason playoffs, while the one-legged CPL Final appears exempt from the yellow card accumulation rule.


Interestingly, the league website suspension list previously had Vashon Neufville (who received his marching orders against York9 FC), but he’s no longer on the list today. It’s unclear if this is an oversight, or if Mista was able to successfully appeal his suspension. (update: this appears to be just an oversight)

The shortened format has also resulted in a change to the required number of domestic U-21 minutes each club accumulates, with Valour FC currently leading the charge there and Forge FC finding itself the slowest side for such.

With 17 yellow cards already handed out in league action so far (two of which went to Dominic Samuel), it remains to be seen if any players will find themselves missing game time due to yellow card accumulation in either the seven-game regular season or the second round robin stage.

The league will resume action tomorrow, with Pacific FC playing against York9 FC in an evening time slot. The match will be available exclusively on OneSoccer.