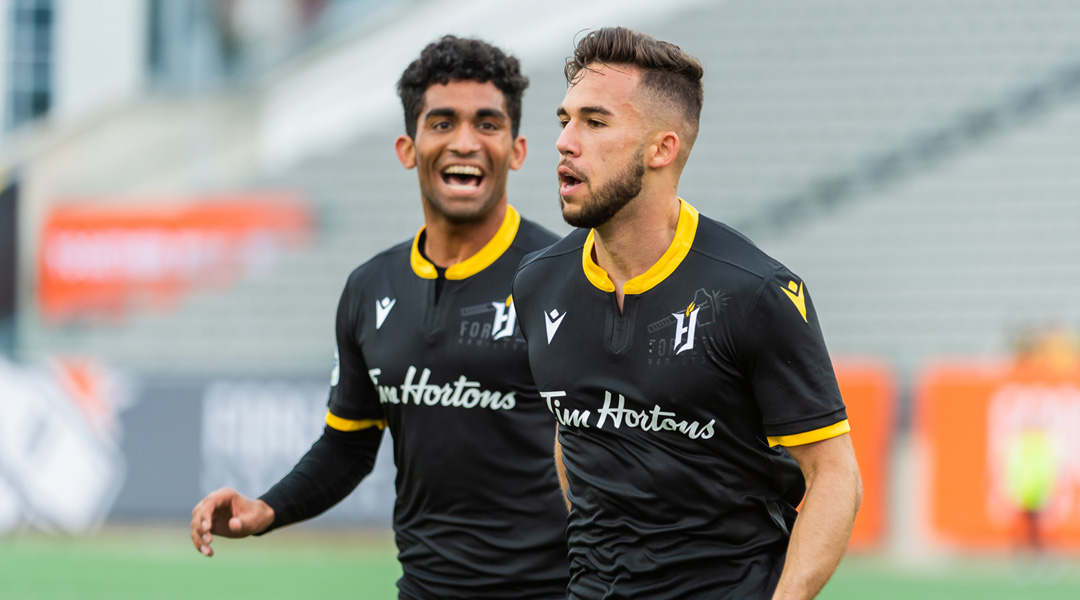 The 22-year-old striker impressed in the league last year, scoring two goals in five substitute appearances for the hammer. Based on the fact that he hasn’t left Ontario, he appears to be joining either Atletico Ottawa or York9 FC, with Forge FC an unlikely destination after the side secured the services of Molham Babouli.


The other two clubs are in dire need of a direct striker, with York9 FC’s Alvaro Rivero in isolation and Nicholas Hamilton unlikely to participate in the season. If Kotsopoulos is joining the Nine Stripes, expect Hamilton to be the latest international roster sacrifice from the York Region side.

Atletico Ottawa, in turn, has only signed Malcolm Shaw up top ahead of the club’s first-ever season. We suspect that League1 Ontario standout Maksym Kowal is likely sign for the expansion side, though, which makes York9 FC a more likely destination for Kotsopoulos. The move would mean the former Forge FC man would become the first-ever CPL player to cross 905 derby lines.

The rumours that Kotsopoulos was joining a CPL side first arrived today when a report came in that the striker had cancelled his own yoga classes due to his joining of the league bubble. OneSoccer analyst Oliver Platt was quick to confirm that Kotsopoulos was set for a CPL return after that:

Jace was one of six first round 2018 CPL-U SPORTS Draft picks to earn a developmental contract last season, accumulating 190 minutes of game time with the eventual league winners. He made those minutes count, with his late goal against Valour FC helping the club qualify for the CONCACAF League. With Jace being just 21 years old at the time, the historic goal made him one of the league’s youngest goalscorers from the inaugural season, too.


The striker opted to finish his degree at Guelph University last year, where he had accumulated some 53 goals in 57 appearances prior to his final varsity campaign. With no more U SPORTS on the agenda, Kotsopoulos is now likely to have already signed his first-ever professional contract.

The move is one of several expected last-gasp signings as Canadian Premier League clubs seek out depth to their rosters ahead of their departure to the tournament this weekend. Atletico Ottawa, York9 FC, Cavalry FC, and Valour FC are all expected to make at least one more roster adjustment each, though at the moment it’s not clear who will be joining any of the sides.