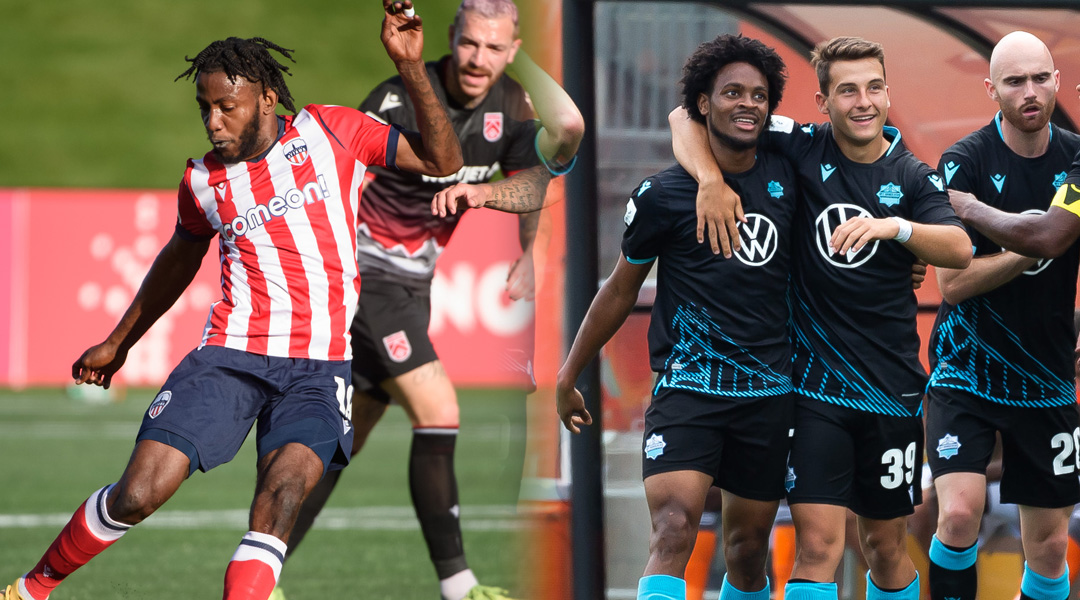 Halifax’s Alex Marshall and Atletico Ottawa’s Tevin Shaw are set to feature in a friendly match against Peru on January 20, with Raggae Boyz head coach Paul Hall using the opportunity to look at players mostly based in Jamaica and North America.

Jamaica is then set for three World Cup Qualifiers after the friendly against Peru, facing tough tests against Mexico, Panama, and Costa Rica, with two of those matches set to take place in Jamaica’s National Stadium.

Alex Marshall has made ten appearances for Jamaica since making his debut in 2017, so he’s no stranger to the set-up for the Raggae Boyz – though this comes as his first call-up since signing for the Wanderers two years ago.

His second season with the east coast team saw the 23-year-old winger contribute one assist and two goals, the first of which came after a long run by former Wanderer Morey Doner and the second of which he pulled out of a hat against the hammers in October.

Featuring fairly regularly under Stephen Hart, Marshall has shown he’s capable of playing on either side of the wing and has filled in from the middle of the pitch when needed, so it’ll be interesting to see where Hall thinks the winger is best suited against Peru.

Atletico Ottawa midfielder Tevin Shaw is coming off of his first proper season with Atletico Ottawa after the COVID-19 pandemic stalled his arrival in 2020, with the 24-year-old having made eighteen appearances under now-departed head coach Mista. He’d seen limited minutes in October, finishing the season with a sole assist against reigning champions Pacific FC.

Despite only seeing 807 minutes of action on the pitch, he had some comparably high numbers to back up his defensive side: he won 23 tackles, recording an impressive 77 duels won and 55 recoveries. The latter two stats put him just behind Drew Beckie and Milovan Kapor, respectively, who had about twice the amount of minutes.

Shaw has earned six caps with the Jamaican national team thus far, making his debut against South Korea in 2018 and featuring in several other friendlies. Having missed competitive action in 2020, his performances with Atletico Ottawa have done enough for him to get an opportunity to show Paul Hall what he’s capable of.

Former York United midfielder Nicholas Hamilton is the only Jamaican CPL athlete to miss out on the nod, having left the Nine Stripes after a quiet campaign that saw him experience 422 minutes of professional action throughout 13 appearances. While club captain Roger Thompson would be eligible for Jamaica, he has never gotten the call either.

Marshall and Shaw will join the national team on January 13, with the Raggae Boyz set for seven days of training ahead of the friendly against Peru. A few days after the match, the full 23-man squad for the upcoming World Cup Qualifiers will be announced.