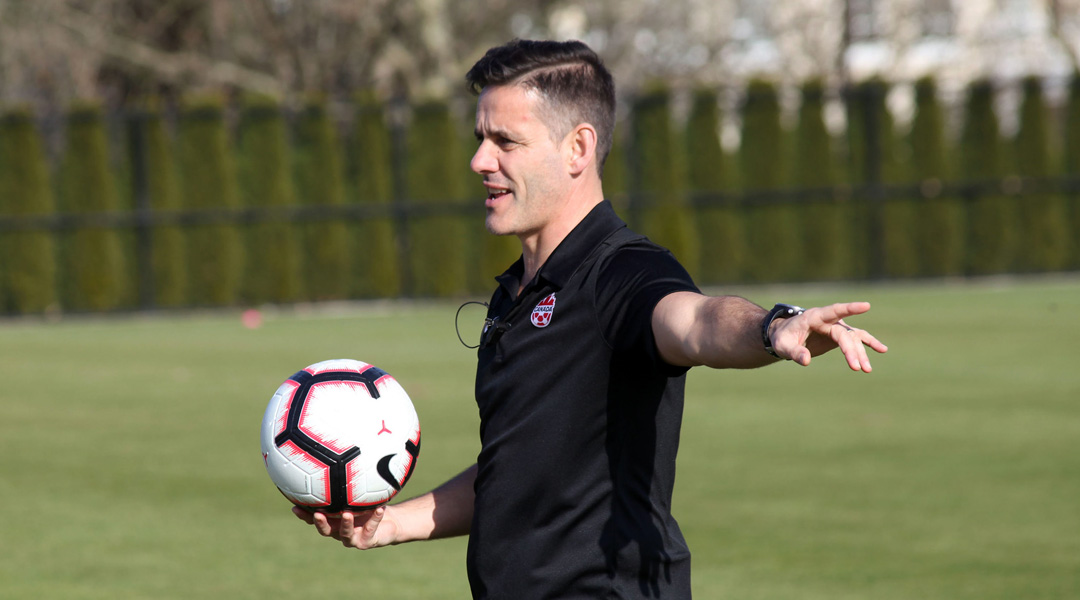 It’s fair to say that 2019 hasn’t exactly gone to plan for the Canadian national team and, by extension, John Herdman. The 44-year-old Englishman saw Canada knocked out of the Gold Cup quarter-finals in a shock 3-2 loss to Haiti, and now finds itself under a new World Cup 2022 qualification system that heavily favours the top six CONCACAF nations based on FIFA points, of which Canada is not included.


The countries ranked outside of the Hex – that is, every other CONCACAF nation from number 7 to 35 – will all play through a separate qualifying round divided into eight groups. The group winners will then go to a three-tiered knockout phase, with the winning team getting a chance to knock out the fourth-placed team from the Hex. The winner of that still isn’t done yet: they’ve simply won the right to represent CONCACAF in an intercontinental playoff against another continental representative, and winning against that opponent finally books the country a ticket to Qatar.

It’s a convoluted system. Ranked as the eighth-best CONCACAF team in terms of FIFA points, it’s one that doesn’t favour Canada, which will find out as early as November if it’ll miss the Hex and need to go the long route. After getting over his initial ‘shock an disappointment’ at the changes, Herdman now sees the situation as a glass-half-full opportunity to make ‘one hell of a story’:

We’ve re-strategized in the last two weeks. We’ve re-framed the mindset from disappointment to opportunity and we’ve looked at what it’s going to take to qualify for the Hex and then ultimately for the World Cup in 2022

The changes also mean that Canada’s earlier wins over Martinique and French Guiana meant nothing in terms of qualifying for the Hex, as results over non-FIFA ranked countries don’t produce any FIFA points for Canada.

The new plan is ambitious, but the new CONCACAF-created qualification system requires it to be so: Herdman needs to win the Nations League Group A, which means he almost certainly needs two wins against Cuba (Rank 179) and at least a win and a draw against the USA (Rank 22) – which is no small task for the 78th-ranked country.

Doing so would put Canada into the final four, which brings with it a chance to net the surplus FIFA rankings points that Herdman now needs to help qualify for the Hex.


Herdman must now also take careful consideration when it comes to picking Canada’s friendly matches, as he needs to see which countries can help Canada get more FIFA points than his CONCACAF opponents. He also needs to take care to schedule friendlies when his players are available, but not too close to the Nations League fixtures he needs to win. There needs to be balance.

It’s a risk-reward situation and we have to navigate it very carefully. It isn’t just pulling games out of the sky. We have to be very deliberate.

It’s clear that Herdman believes that Canada can still qualify for the Hex despite the unfavourable rule changes, but it certainly tips the odds against Canada’s favour. For his part, Herdman was recently on TSN during a Toronto FC game where he addressed the lack of growth when comparing Canada’s backline to its attacking players.

The attacking line is spoiled with young phenoms like Alphonso Davies and Gold Cup golden boot winner Jonathan David, and Herdman also has youngsters like 19-year-old Jacob Shaffelburg staking a good case for their inclusion in the national team. The defensive roster that made Canada’s Gold Cup squad, however, isn’t seeing the same explosive growth. Herdman referred to it as a ‘Tier 1 attack with a Tier 3 defense’, and that’s something Canada will need to fix if it’s to qualify for Qatar.


With three different leagues being represented in the Canadian Championship semi-finals, Canadian fans may be wondering if any Canadian Premier League or Ottawa Fury players might just edge out some of their MLS or overseas counterparts to get a chance to impress Herdman through a national training camp. For Herdman, selecting a CPL player for the Canada squad for the first time ever is another risk-versus-reward kind of gamble, and only he knows how much risk is too much.

Whatever he chooses to do, the road to World Cup qualification is a long one. Canadian fans are used to it.