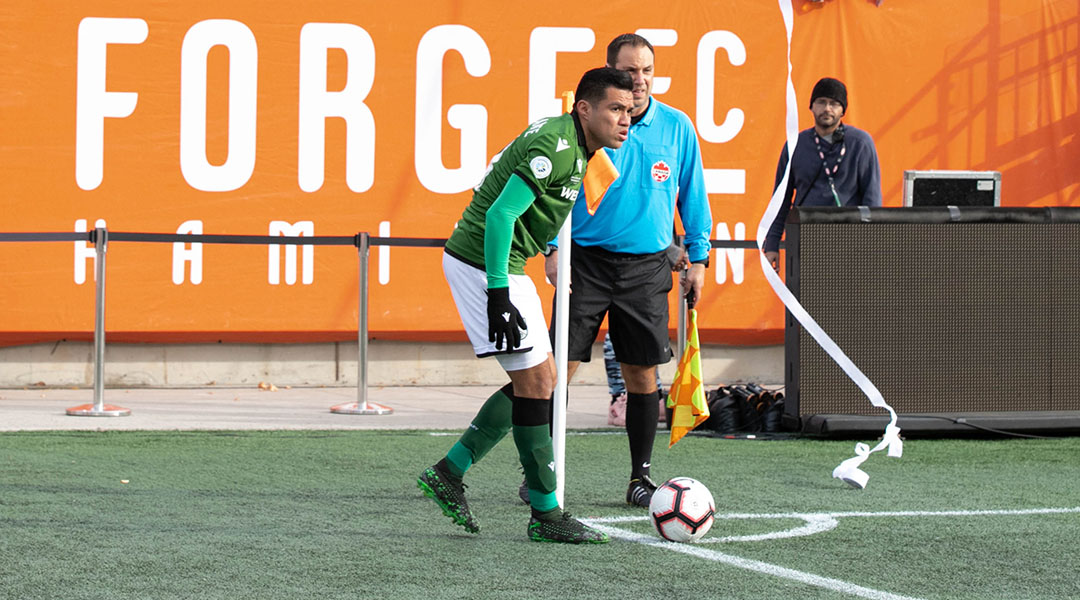 Canadian Premier League side Cavalry FC has secured ten of its twenty-three roster spots for the 2020 season, but a recent post from Honduran midfielder Jose Escalante suggests that the polarizing midfielder may not be staying in Alberta.

The 24-year-old established himself as somewhat of a villain figure throughout the league, constantly goading his opposition and drawing fouls as a result. He appeared regularly for the spring and fall season winners throughout the inaugural CPL campaign, making 30 appearances across all competitions while scoring four goals and contributing six assists along the way.


This weekend, Escalante took to Twitter to tease a potential transfer: He asked his followers for their thoughts on what his next stop in 2020 would be, and has been retweeting answers ranging from Miami to Honduran side CD Marathon, along with many fans asking him to stay in Calgary. He also retweeted one tweet that simply said “Escalante is casting doubt on his future in Calgary”.

If Escalante does ultimately re-sign with Cavalry FC, his social media post will have been a real head-scratcher: why confuse Cavalry FC fans by postulating about a potential move away from the team? If he’s in the middle of contract negotiations, it could be a public move to ramp up interest and draw in a better offer – though nothing is certain at the moment.


Having made a handful of appearances for Houston Dynamo while on loan from CD Olimpia, Escalante has made a lot of moves since 2016: beyond the Dynamo, he’s played for their USL affiliate Rio Grande Valley FC Toros, San Antonio FC, and Honduran side Juticalpa FC before joining Cavalry FC for the inaugural Canadian Premier League campaign this year.

For its part, Cavalry FC has only confirmed that two of its international players, Oliver Minatel and Jordan Brown, will be staying on for the 2020 season. Other internationals like Nathan Mavila, Dominique Malonga, and Julian Buscher still haven’t been confirmed for 2020, though they haven’t teased any potential outbound transfers.