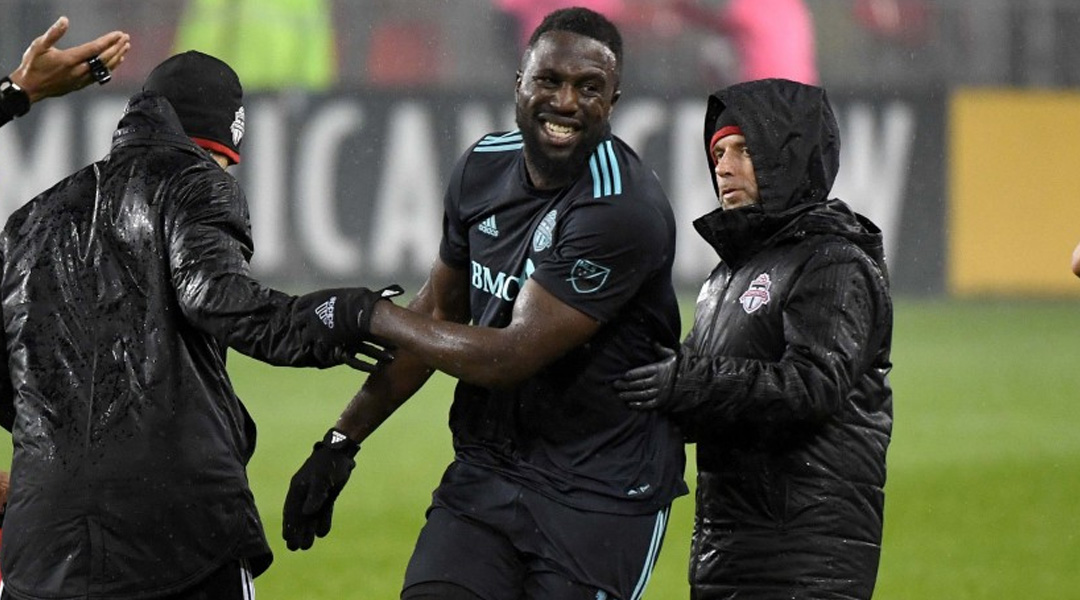 When Jozy Altidore came off during Toronto FC’s 7-goal thriller against Minnesota United, things didn’t look good: the striker went straight into the locker room, evidently upset about something. During the post-match interviews, he blasted Toronto FC President Bill Manning regarding the treatment of a trainer he’d been working with since Giovinco arrived at the club, insinuating Manning was to blame for Altidore’s lingering hamstring problems.

While the spat between the two is now over (with Jozy once again working with that trainer), it looks like trainer Giuseppe Gueli still has plenty of work to pick up on: today, it has been confirmed that Altidore will be sidelined for about 2-3 weeks due to a hamstring injury.

It’s worrying news for Toronto FC fans, as the club’s recent struggles without Altidore are a still-fresh memory. He missed 15 games since May 2018, with the club struggling to find a way to consistently score goals in his absence. Even with Giovinco, last season saw Toronto FC fall to a 9th place finish in the Eastern Conference, meaning the club missed playoffs entirely. Quite fairly, many fans call it one of Major League Soccer‘s worst-ever title defenses.

It’s not all doom-and-gloom for the 2019 Toronto FC side, however: Giovinco replacement Alejandro Pozuelo has already earned his second Player of the Week accolade, acclimating himself into the TFC side right away and proving why he’s one of the league’s most dangerous assets. Last Friday’s game also provided more evidence that Jordan Hamilton’s stock is on the rise, with the 23-year-old bagging a brace to claim his 4th goal in just as many appearances this season. Altidore’s absence will also give a chance for Terrence Boyd to prove his worth, and some substitute appearances from Ayo Akinola could be on the cards, too.

Altidore recently signed a new three-year designated player contract with Toronto FC, but his injury record of late has seen him sidelined for much longer than he’s been available. Altidore had been off to a hot start in his 2019 campaign, bagging 5 goals in 5 appearances. Fans will be hoping this hamstring injury won’t be par for the course, but only time will tell if Altidore’s trainer can help make a difference.