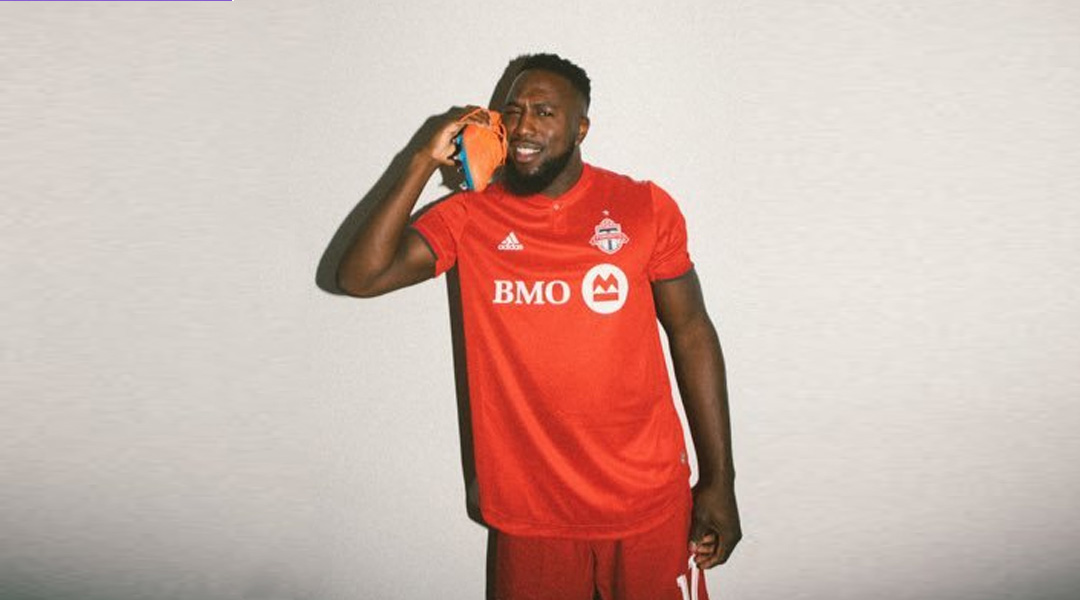 Toronto FC designated player Jozy Altidore has always been outspoken, so perhaps his comments after Toronto FC’s 1-1 draw with DC United should come as no surprise. Still, the harsh criticism stands out from recent North American sports headlines, which were otherwise dominated by Canada’s shock loss to Haiti in the Gold Cup quarter-finals.

While Jozy is currently travelling with the US National Team, he remotely took in the Toronto FC game and was evidently unhappy with the quality of referring in Major League Soccer. The 29-year-old striker stated that the MLS had some of the worst referees in the world, retweeting a video clip showing a brutal collision in the box involving Ayo Akinola. While the collision appears to be a clear-cut penalty in favour of Toronto FC, the referee waved away the protests.

It’s clear that the video assistant referee obviously didn’t think any clear and obvious error had been committed, either, as no call to review came after Akinola was brought down in the box. VAR would be used later on in the dying minutes of the game to grant DC United a penalty, which ultimately denied Toronto FC from taking all three points from its away trip.

Toronto FC has been without the likes of Jozy Altidore and Michael Bradley (who was also fined for criticizing MLS referees in 2014) during the Gold Cup. The embattled squad will be reinforced with the arrivals of Canadian players Jonathan Osorio and Ashtone Morgan following Canada’s loss to Haiti, but that does manager Greg Vanney little good for yesterday’s result.


It’s likely that Altidore will be fined for his comments, but the outspoken striker – who has a guaranteed $6,332,250 coming in for the 2019 season – won’t likely care. He called out Toronto FC President Bill Manning earlier this year regarding the treatment of a club trainer, so it seems that whatever is on Jozy’s mind typically filters out to the public.

Jozy hasn’t been the only one critical of North American referees of late: FC Edmonton head coach Jeff Paulus went on a post-game rant about them after his side lost out to York9 FC in the second round of the Canadian Championship.

Toronto FC is expected to make some adjustments when the July transfer window opens. Omar Gonzalez will be making his return to MLS via TFC, while it is rumoured that Argentinian striker Lucas Janson may be on his way back as the promised TAM signing. This week, Janson posted a video of himself working out in TFC gear, though neither TFC nor Club Atlético Tigre have commented on this potential transfer. Beyond that, there has been plenty of speculation that Sebastian Giovinco would like to return to Toronto FC, though that doesn’t necessarily imply a move in the near future.