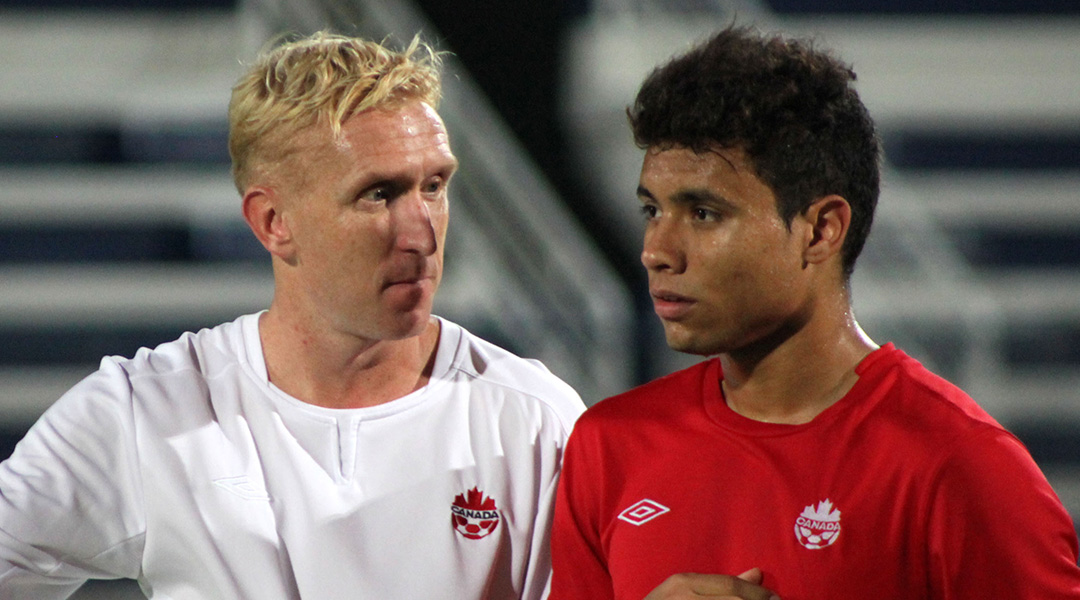 Former Canadian international Kianz Froese has signed with German fourth-tier side FC Saarbrücken, who play in the Regionalliga Südwest. Froese had previously been contracted to Fortuna Düsseldorf, and has spent the last few years playing with the club’s Düsseldorf II side that plays in the fourth tier of German football.

The Havana-born midfielder grew up in Winnipeg, which prompted speculation that a move to the Canadian Premier League might be on the cards when it was revealed that he would be leaving Düsseldorf before the next season. Having played under Rob Gale during his time with the Canadian youth national team setup, the possibility of a return to Winnipeg prompted a bit of speculation from fans who thought he might sign with Valour FC. Evidently, it was not to be.

“Kianz Froese is an athletic player with good dynamics and high assertiveness. He brings a very good mentality and physique on the pitch and will be an enrichment in our midfield. We are pleased to welcome him to our company.”

Prior to his time overseas, Froese rose through the ranks as a Vancouver Whitecaps Residency graduate. During his time in British Columbia, he signed a homegrown player contract with the Whitecaps and won the Canadian Championship in 2015 (with one Tomi Ameobi finishing top goalscorer that year) before Fortuna Düsseldorf took a chance on the youngster.

Now 23, Froese has proven that he can play well in the German lower leagues, earning himself an impressive 17 goals in 55 league appearances. FC Saarbrücken, who are themselves a rather storied club that has bounced between the German second and fifth divisions in the last thirty-odd years, look poised to give Froese a chance to fight for a starting spot on the roster.


With Valour FC having parted ways with English striker Stephen Hoyle, it seems logical that Rob Gale is looking to bring in someone who can convert chances up front. The local Winnipeg lad was oft-cited as a natural fit, but Gale had never explicitly expressed interest in Froese. With FC Saarbrücken’s announcement, it looks like Froese won’t be returning home just yet.

Froese was born to a Cuban mother and a father from Saskatoon, though he grew up playing football in both Winnipeg and Cuba. He was called up to the national team on two occasions, making his debut in a friendly against Ghana in 2015 and coming on as a substitute against the USA in 2016. He trained with the national team as recently as 2017.

Froese or no Froese, the fall transfer window gives Gale a solid month to reinforce his roster. He’s stated that he’ll decide on a starting goalkeeper between Farago and Janssens, so it’s looking like any signings that Gale makes will be on outfield players.

It’ll be interesting to see what unfolds this month for the burgeoning league.