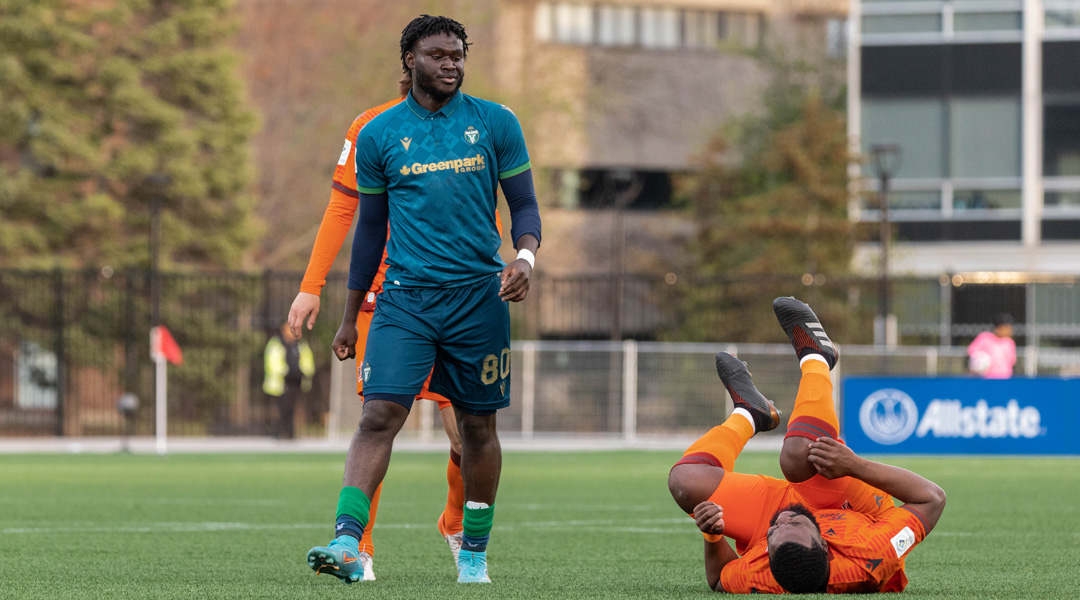 UPDATE: Whitecaps FC 2 has now confirmed the capture of Wright on an MLS NEXT Pro deal that runs to 2024 with an option for a further year.

While the financial details of the transfer were not disclosed, Wright’s move includes a number of potential bonuses that include national team caps, among others.

We reported last week that the Vancouver Whitecaps’ interest in York United striker Lowell Wright was real, with Joshua Kloke now reporting that the transfer has been finalized with an announcement expected soon.

The 18-year-old was not listed on the club’s matchday roster for Monday’s win over the Halifax Wanderers, suggesting that he may have to the opposite coast instead.

“Lowell Wright’s transfer to the Vancouver Whitecaps from York United is a done deal and should be announced soon,” said Kloke online today. “I’ve been told that if performance numbers are hit then the transfer fee could end up being the largest in CPL history.”

The Brampton-born forward may be just 18 years of age, but Wright’s potential move to Major League Soccer heights comes in his third season of professional football. Announced as York United’s youngest-ever player almost exactly two years ago, the physical forward has produced seven goals and five assists during his 44 appearances with the Nine Stripes so far.

Wright’s rising stock saw him named to the Canada U-20 squad for the Concacaf Men’s Under-20 Championship held in Costa Rica this year, with the young striker appearing appearing in all four games and scoring twice.

Wright was on a deal with York United set to run through to 2024, with the Nine Stripes set to earn a fee for the transfer – and, as per Kloke, some significant future considerations depending on Wright’s performances.

It’s unclear whether Wright would get an immediate chance with the first team or, like former Eddies star Easton Ongaro, dip his toes in the club’s MLS NEXT Pro side first.

With Cavalry duo Victor Loturi and Aribim Pepple earning moves abroad along with William Akio, the CPL is proving to be a real developmental powerhouse in just its fourth season.