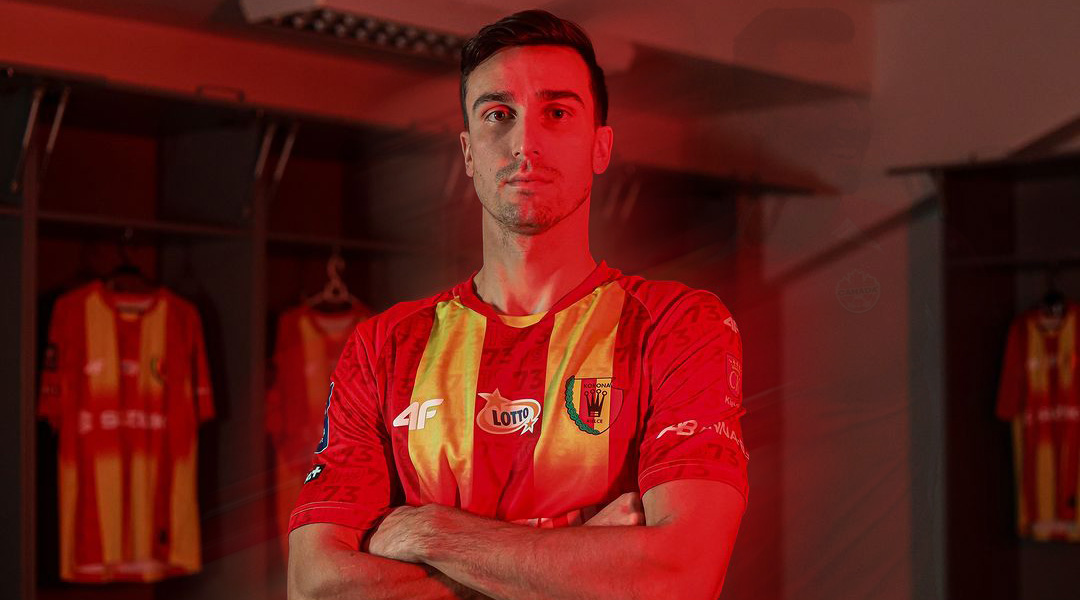 Dominick Zator’s move to the Polish top flight with Korona Kielce was confirmed this week, with the 28-year-old defender departing from the Canadian Premier League as one of its top defenders through the last four seasons.

The big centre-back recently discussed the details of his free transfer with the Footy First show, telling hosts Nick McVicar and Niko Giantsopoulos how, why, and when the move came together.

Regardless of motive, he’ll leave big shoes for to fill for York United: his last Nine Stripes campaign saw earn a defender of the year nomination following an stellar iron man campaign. He revealed it was a tough decision to leave, though he got the literal ball rolling on the opportunity almost immediately following the 2022 CPL season.

“I’ve been in contact with this agency and Poland,” revealed Zator. “They’ve been reaching out throughout the year, asking me about what kind of situation or things I want to be doing after the season because it’s the end of my contract. As soon as the season ended, they said there’s a couple opportunities overseas.”

Zator has always wanted to play in Europe, but the closest he’d come prior was a brief loan stint with Vasalunds IF last year. With opportunity knocking, he wasted little time and flew out to Poland about ten days after the CPL season ended, undergoing a few trials through to mid-November. One of them was with Korona Kielce, where he felt he played well and, evidently, impressed.

“I came over here and tried to fill in. I played with the first team and trained with them for three or four days, played a couple of inner-squad games and stuff within that. It was really just about showing myself and being able to prove that I’ve got the capabilities of playing amongst these guys and at this level, and fortunately enough everything worked out okay.”

Zator then flew back home to Canada to get married, enjoying a celebration in hometown Calgary before flying back to Poland some five days later.

“So that’s some honeymoon we had,” mused Zator. “but I get that’s what football does. Sometimes you’ve got to take these risks and go overseas.”

Korona Kielce offered him a one-and-a-half year deal with a club option, with the Ekstraklasa side banking on his defensive prowess to help them stay up in Poland’s top flight. At the midseason break they’re in the middle of the relegation zone, but a handful of results could seem them climb out of it.

For Zator, the opportunity comes as a calculated risk.

“At my age of 28 now, I feel like it’s kind of a do-or-die situation: you either go over to Europe and give it one last go, and see where you can take your football. It’s really the dream I’ve always wanted, to go to Europe and see where you can make it to. Everyone agreed that this is a good opportunity that’s come, this is what I’ve wanted. It’s worth taking that kind of gamble to go over to Europe, instead of continuing in the CPL, which obviously has given me the opportunities to play and be seen by European clubs.”

Zator has completed 105 appearances between hometown side Cavalry FC and York United, with each campaign seeing the six-foot-two defender prove to be one of the best domestic options in the league. There was interest from multiple CPL sides after he went out-of-contract with York United, who also wanted to retain him.

He won’t just be a defensive boost in Kielce, either: Zator is a big, physical threat on set pieces, contributing six goals and four assists during his time in the CPL. The Polish side has banked on Canadian influence before, having previously been home to Milan Borjan and Cavalry’s Charlie Trafford. Whatever end of the pitch, Zator is ready to contribute to the relegation battle in any way he can.

“We’re in a tough position being at the bottom of the table, and only half the season left. The way the coaches are speaking to the team, it’s that we’ve got the second half the season to really put things together, learn from our mistakes in the first half to really turn things around, and you’ve gotta go on that little bit of a run to make sure you can gain some points and stay up.”

Zator says they’ve got to grind out the rest of the season and get results, with the club using the midseason break to bring in experienced players who can see them through matches when the going gets tough. They’ve conceded in the final minutes in three of their last five matches, with the other two seeing second half goals prove their undoing.

“There are some very, very good players here, the quality is high. I’m always going to bank on myself, saying I believe I’ve got the capabilities of being one of the top defenders – but it’s still the early stages. I just know it’s not going to be easy. I’ve got to fight every day. I’m a new player, so I’ve got to make sure I work hard enough and still prove myself in order to crack the starting line-up.”

The action will resume late January in an away match against against Polish juggernaut Legia Warsaw, who have already accrued more than double the points that Korona Kielce has. That’s a big spotlight in which the 28-year-old hopes to make his club debut in, and quite a hefty first hurdle for his new chapter.

From there, it’s all about getting consistent minutes at a high level and putting himself back in the conversation for a national team nod. Zator was was the third CPL athlete to earn a call-up following the league’s inaugural season in 2019, though he didn’t get to debut in the ensuing match against the United States.

If he can impress in the Ekstraklasa, he’s hoping to join the likes of Joel Waterman and Lukas MacNaughton in conversations for a national team roster spot.

“I knew this is a big opportunity for me to showcase my abilities in a top division European club, and I think that might be enough to spark the interest of the national team to possibly get called up to another camp. Really, that’s just one of the goals in mind,” says Zator.

“I’ve had a taste of it back in 2019, and honestly I just want more, especially with the way the national team has progressed over the last couple of years, and obviously making it to the World Cup – it’s something that’s unbelievable, and I just want to be a part of it. So, I’ve got to do what I can to get back in the mix.”

The full episode of Footy First can be heard here.