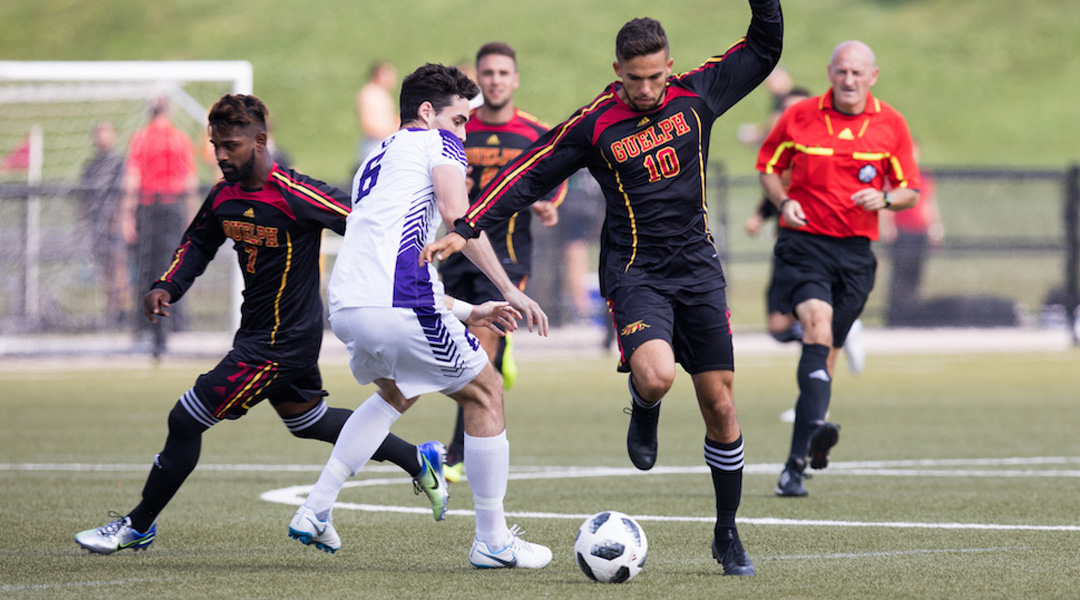 Earlier today we reported on Jace Kotsopoulos, the CPL-U SPORTS third overall draft pick who was just nominated for Male Athlete Of The Year award with U SPORTS. The Guelph Gryphons striker has been in prolific form across all four of his varsity seasons, scoring some 53 goals in 57 games. He’s certainly an exciting prospect for the Canadian Premier League, but with only 4 days to go ahead of Forge FC’s first-ever match he still has yet to sign with the team.

The Hamilton-based club had officially drafted him some 161 days ago, so the long delay in his signing prompted a fair question: is Jace Kotsopoulos even signing with Forge FC?

Speaking with Northern Tribune earlier today, Jace Kotsopoulos offered an update on his status with the club. He stated he was just sorting out the final details with Forge FC head coach Bobby Smyrniotis, and that he should be officially signed within the next few days. With time running down to the wire before the inaugural match, it’s unclear if Kotsopoulos could be eligible to make the Forge FC squad for the inaugural game on April 27.

The Burlington-born striker was predicted to be one of the top picks for the first-ever CPL-U SPORTS draft, so it wasn’t surprising to see him go in the first round. When asked why he picked the young forward, Smyrniotis stated he was impressed with how the youngster was able to score both inside and outside of the box. He was also earmarked for his goalscoring tenacity, forgoing the ideas of waiting for the ‘perfect goal’ and instead simply ensuring the job got done. As they say, a goal is a goal. For Kotsopoulos, he’s consistently scored them in abundance, pretty or not.

The news that Jace expects to sign for the Hamilton-based team should be well-received by Forge FC fans. Kotsopoulos would be fighting for a spot alongside the likes of Emery Welshman and Chris Nanco, former Sigma FC players who have both spent time in the USL. His most comparable competition is with Marcel Zajac, the 20-year-old striker who left the University of Akron to sign a multi-year deal with Forge FC.

Barring any glaring issues with the contract negotiations, fans should expect to see Kotsopoulos sign with the Hamilton-based side in the very near future. As the final few days of preseason wind down, clubs will be putting the finishing touches on their respective rosters. Pacific FC, with only 16 signings made so far, are expected to confirm the signing of trialist Shun Takano. Much like in Jace’s case, it seems like there’s a few depth signings that are going to come in very close to kickoff.

Fans can tune in to the inaugural match between Forge FC and York9 FC on CBC Sports, while those without access to the broadcast can watch an official free stream via OneSoccer. The stream won’t be region-locked, with the CPL allowing an international audience to join the 25,000-capacity crowd in witnessing Canadian soccer history.

As an outside bet, Kotsopoulos might even be part of it – though fans shouldn’t expect an immediate impact from the striker just yet. Paperwork goes at its own pace.