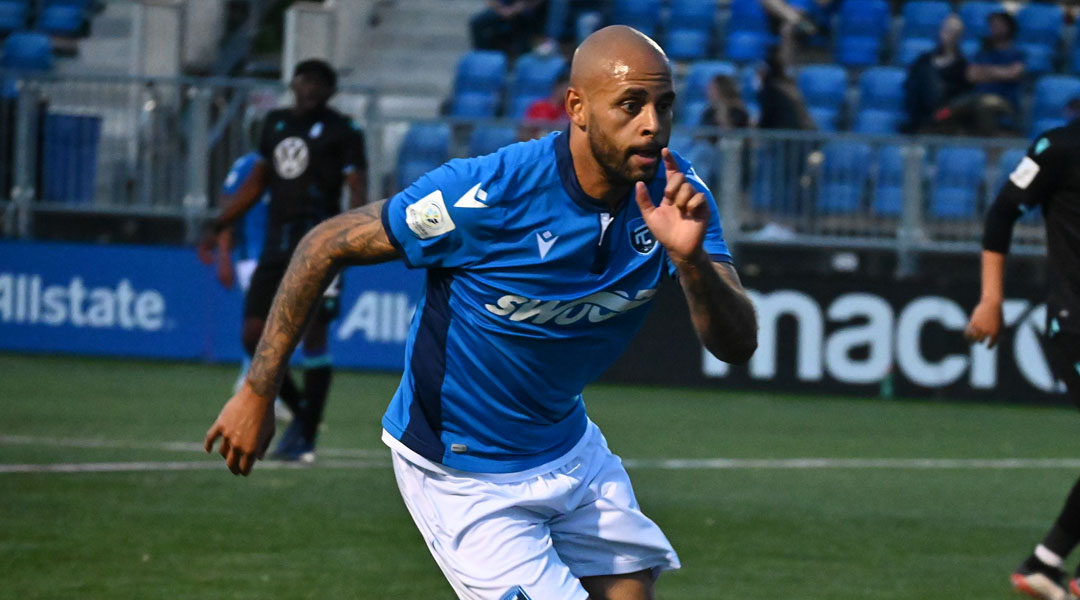 Veteran Canadian midfielder Kyle Porter has announced his retirement from professional soccer following a career that saw him feature in at least 265 matches throughout Germany, Canada, and the USA.

The 32-year-old midfielder most recently played professionally with FC Edmonton in 2021, and had suited up with League1 Ontario finalists Blue Devils FC in 2022. After a move back to professional heights with York United failed to materialize, the veteran athlete has now opted to formally step away from the pitch as a professional athlete.

“It comes with a heavy heart that I announce my retirement from professional football,” said Porter in a message yesterday. “This game has given me so much and I am forever grateful for everything it has done for me. Life lessons and experiences that I hold with me forever, friendships that will last a life time.”

Porter’s career began at the youth level with the Vancouver Whitecaps Residency with a loan to Energie Cottbus following suit, with the midfielder earning his way up to the German side’s reserve team. He’d make a handful appearances upon his return to the pre-MLS Whitecaps side before making a move to an NASL-era FC Edmonton. Impressing there, he eventually earned a trial with MLS side DC United.

He secured his move to MLS heights through them, featuring in 32 league matches before making a return to the NASL with the Atlanta Silverbacks. He’d then suit up for the Ottawa Fury prior to the club’s jump to USL, with Porter making his own move there through the Tampa Bay Rowdies. He then had short stints back with Ottawa and Tampa Bay consecutively after that.

Porter then arrived to the Canadian Premier League as York United’s first-ever player signing in 2018, with the versatile midfielder going on to make 37 appearances for the Nine Stripes across all competitions. He provided three goals and eight assists during the club’s York9 FC era, with his last goal coming in a thrilling derby win over Forge FC at The Island Games.

He then returned to FC Edmonton for the club’s penultimate CPL season, making twenty appearances across all competitions, the majority of which saw him come off the bench as a late game substitute under head coach Alan Koch. His next move saw him return closer to home with semi-professional League1 Ontario side Blue Devils FC, where he bagged five goals in 21 appearances and came one match away from a championship title.

Porter also made seven appearances for Canada between 2013 and 2015, making his debut against Denmark.

“The best part of this game is sharing moments with teammates, coaches, all those who make up the club and the supporters. The ups and downs that one goes through in a career is always part of the journey but it’s also how one builds character,” added Porter. “Moving on to my new journey, I take all of this with me confidently knowing I’m prepared for what is next.”

Porter proved to be a versatile player throughout a career that spanned nearly 300 appearances, featuring as a midfielder and winger on both sides of the pitch, but also featuring in the middle of the park, up top, and sometimes dropping back as a defender on both flanks, too. Having started his career in 2008, it’s been quite a journey for the Mississauga-born athlete.

Porter made it clear that he will remain involved in football, where he seems set to continue on with Blue Devils FC and help grow the game at the grassroots level.

“For so long I only identified as a footballer, and that is why it’s been so hard to let go. I know it’s not goodbye, because I will remain in this game until my last breath on this earth. I choose to continue to play locally in my community and inspire, being a mentor of the game. This game unites so many people and I want it to continue to grow in our country.”