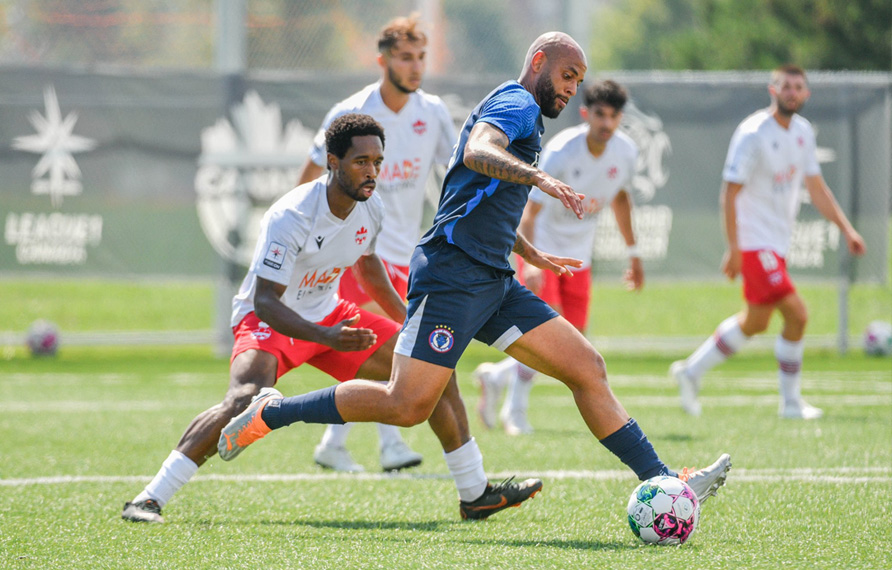 With the 2022 League1 Ontario season having finished with Vaughan Azzurri hoisting the trophy after an invincible season, the focus has already shifted to what comes next. No, we’re not talking about Vaughan’s eventual entry into the 2023 Canadian Championship, or if they can go undefeated in regular season action three years in a row – we’re talking about how this year’s points have started to shape 2024’s tiered league system set to come to League1 Ontario.

For the uninitiated, League1 Ontario will be changing into a three-tiered structure in 2024, with promotion and relegation officially coming to the pro-am league. It’ll have twelve teams in the top flight and ten in the second division, with the rest in a regionalized third division that will host new expansion clubs and reserve teams.

75% of points earned from this year go towards a cumulative league table that, after next season, will determined which division existing clubs will slot into. Here’s how that’s looking so far:

If the league table finished in the exact same shape next year, everyone below expansion side Scrosoppi FC would find themselves in the League1 Ontario Championshiop, the semi-professional league’s soon-to-be second division.

While the bulk of the teams here are expansion teams and clubs who have just recently returned from hiatus, there are certainly some surprising faces there, especially with 2019 League1 Ontario champion Master’s FA is on course for the second division. FC London’s previous worst finish was seventh overall, but this year saw the club finished dead last of 22 teams this year – and they were expected to be a top six team.

While points earned this year are worth 75% of the cumulative league-deciding table for 2024, next year’s points will be worth the full 100%. Given how many clubs between the eighth and fourteenth spot are within six points of one another, there’ll be a lot of sweaty palms ahead of the 2024 Plan.

League1 Canada President Dino Rossi had previously offered us his thoughts on why the league has opted for a two-year introductory platform ahead of the tiered rankings:

“There are a number of clubs on both the men’s and women’s side who didn’t get to have a full season in 2020, and last year was a compromise year,” he said of 2020 and 2021. “You have teams like St. Catherine’s, or Waterloo, or Guelph Union that took part in the summer series because they didn’t feel that they could commit to a whole year. This is for all intents and purposes their first year, and it felt unfair to make it a one-and-done and that’s how we do classification. At the same time, I feel like the year that leads into the system needs to be the one that’s for all the marbles. It’s worth a little bit more.”

It looks like there’ll be plenty coming down to the wire next year, which is also expected to see the men’s division get an entrant into the League1 Canada Inter-Provincial Championship, too.