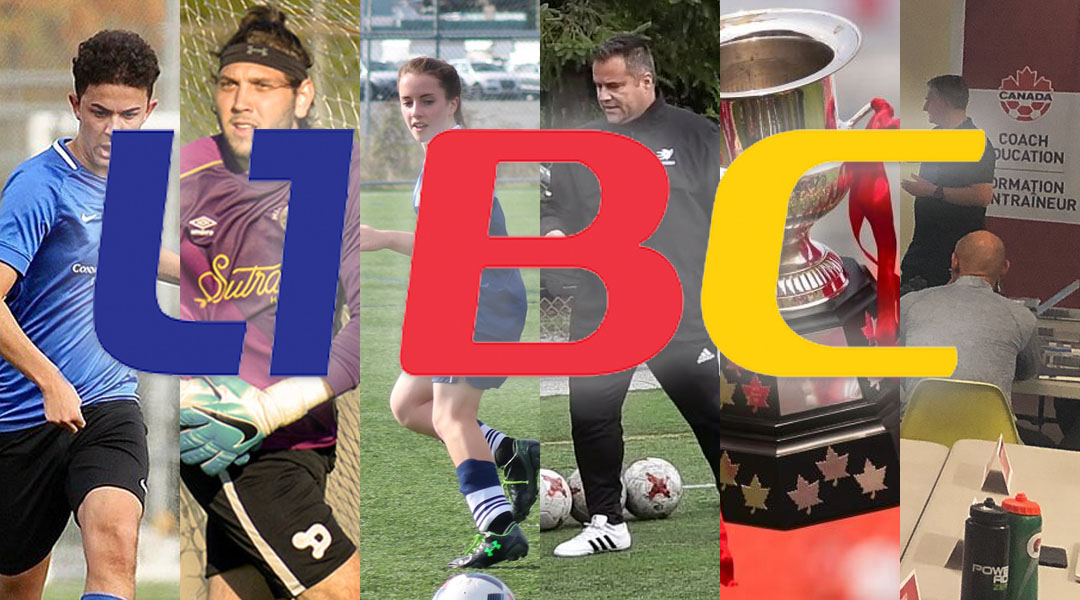 Following the long-awaited announcement of British Columbia’s own semi-professional league set to come next year, BC Soccer’s Peter Schaad hosted a new episode of the Cones and Pinnies podcast to reveal more details about League1 BC.

Schaad explained that the newly-announced league was designed to be an added layer in the provincial development structure that will help bridge the gap between youth football in BC and the professional level.

The fact that the league doesn’t have a logo or branding yet, of course, shows that it’s still early days yet. With lots yet still to come, here’s six big things we know about League 1 BC so far:

There Will Be Seven Teams

The inaugural League1 BC season is currently slated to have seven teams.

While BC Soccer had put out a call to existing organizations in 2019, it’s looking like the majority (if not all) of the founding seven clubs have been created in large part by BC Soccer. This tracks with a North Vancouver city council note from January which discusses a potential founding club in Altitude FC, with Faly Academy and a group of local investors pitching the club to the city.

Following the league’s announcement yesterday, Schaad noted that BC Soccer had invited investors to take on clubs that BC Soccer had ‘created in their respective communities’, with the official league announcement specifically mentioning Vancouver Island, the Lower Mainland, Fraser Valley, and the Interior for the locations of its founding clubs.

As one would expect, the league states that it aims to reach additional communities from around the province in the coming years as the league grows, while BC Soccer Director of Operations Gabriel Assis states that fans can expect to hear more about the founding seven teams (and their investors) in the coming weeks.

The inaugural campaign is set to kick off in May 2022, with the regular season following a home-and-away structure between the founding seven teams and the League1 BC Final taking place on British Columbia Day (August 1).

This largely tracks with what was previously seen, with Altitude FC’s city council application from January having earmarked a May-to-July season with matches taking place on weekends. It is unclear if the men’s and women’s divisions will follow the exact same season length and structure.

Assis revealed that the league has already looked into broadcast and streaming options, stating there was no reason for the league not to be in that space. While Schaad promises that ‘there will be cameras’, it’s not known what shape this League1 BC coverage will take. It’s worth noting that prior to the pandemic, OneSoccer was slated to ramp up coverage of League1 Ontario, but no media partners have been mentioned as of yet.

Assis couldn’t reveal too many details about the roster rules thus far, but he did state that there will be compensation available for a number of professional players, though there are limits in place as to how much salary expenditure clubs will be able to budget. While those numbers weren’t disclosed, it’s likely that the structure will generally align itself with what was shown in the aforementioned Altitude FC city council application ten months ago:

Clubs in league1 BC will be primarily aiming to help youth players from the ages of 18-22 who are knocking on the door of the adult game, along with university players who’s competitive schedule may not cover year-round competitive action and local athletes who may or may not have had professional experiences in the past. Of course, veteran athletes and a limited number of both professionals and foreign talent will also be in place to mentor these younger athletes, too.

While the full roster rules have yet to be revealed, the long-term rumours have indicated that there will be a maximum of six professionals per team with a salary cap of $5,000 per individual, with a minimum of six U-23 players on the field and a strong focus on domestic talent via a tight cap on foreign players. BC Soccer has yet to confirm these rules, however.

There Will Be Both Men’s And Women’s Divisions

Described as a non-negotiable aspect of League1 BC, the semi-professional league will be kicking off with both men’s and women’s divisions right from the get-go. While it wasn’t explicitly stated that all seven clubs will need to field teams in both divisions, this seems likely given BC Soccer’s emphasis on a universal standards-based approach – something which would set League1 BC apart from League1 Ontario.

It’s exciting. We have tangible proof now that validates how those opportunities can one day turn into an Olympic Gold Medal. There is an ecosystem taking shape, and the League 1s are at the base of that pyramid which positions those leagues as hothouses, feeders, and potentially the first point of commerce when it comes to buying and selling players.

In the Canadian soccer landscape, BC Soccer Director of Soccer Development Chris Cerroni states that BC Soccer must do what it can at the semi-professional level to help develop female athletes potentially all the way up to the professional game in North America and Europe. While he admits that it remains to be seen if a professional women’s league comes to Canada, he hopes to see other levels of play like League1 BC get up and running in the meantime.

BC Soccer has gone through a few iterations of technical standards requirements leading up to this week’s announcement, with League1 BC now deploying with a heavy emphasis on a standards-based approach that all of its clubs must adhere to.

League1 BC teams will also be required to allocate a full field as a training environment, with clubs adhering to a 4-to-1 training-to-game ratio throughout the season. Venue and matchday experiences will also have minimum standards, with Schaad stating that it’s all built around an authentic and commercially viable gameday experience: simply put, clubs won’t be playing a public park in the open.

“If we hold ourselves to those requirements in every aspect of a semi-professional soccer business,” says Schaad, “then we will hopefully unearth not just future players, coaches, and match officials, but also sports science people, administrators, marketers, and even up-and-coming soccer broadcasters.”

These standards are written into license holder agreements, which means that clubs within the league are legally bound to adhere to the standards set out by BC Soccer.

There Are Canadian Championship Goals

While it’s too early to say when League1 BC could see its champion gain a berth into the Canadian Championship, that’s something that BC Soccer has absolutely set its eyes on. In the years to come, says Cerroni, he’s hopeful to see League1 BC provide some upsets in the domestic cup.

I’d love to see these groups in the national competition at the cup level, nicking a result against a CPL club just as the CPL clubs have shown they can win games against the MLS level. I think that’s truly knocking on the door of the system that’s in place that is connected, and on a personal note I’d love to see players moving up that pathway and highlighting that their experience at this level, if they didn’t have it, they wouldn’t be where they are now.

Both League1 Ontario and the PLSQ presently get an entry into the annual domestic cup, with this year seeing AS Blainville provide a scare to Halifax Wanderers, who were nearly upset by League1 Ontario’s Vaughan Azzurri in 2019 after a 3-3 aggregate series in 2019.

With League1 BC now officially announced, Cerroni states that there are lots of moving parts fuelled by plenty of excitement behind the project, though there’s clearly a long way to go.

Schaad wasn’t afraid to describe ambitious dreams for the semi-professional division ten years down the line: he’d like to see attendances skirting four digits, with matches being televised or streamed, and some Canadian Championship upsets on the cards as some players progress through League1 BC into the professional game.

That’s certainly an ambitious goal, with Cerroni stating that it’s not unrealistic, though he says there might be some ceilings that will be hit for certain aspects of the league. At the end of the day, however, he says there’s potential for explosive growth in the years to come as League1 BC clubs develop roots within their local communities:

There has to be patience, and there has to be an understanding that we’re working towards a long-term plan. I think what we need to celebrate in the first year or six months is that we’re up and running, we have the platform, and we have the level of play. There’ll be learnings from everyone for the first year from BC Soccer to League Operations to the technical side and the clubs and how they deliver. In years 2-3, things can only get better as we start to build off of the experience.

With League1 BC set to help nurture the growth of the game for all involved, it’s an exciting time to be a football fan in British Columbia. The league will be governed by a steering group led by Gabriel Assis (with other members yet-to-be-named), with the license holders forming an advisory group alongside the formation of a technical group, all under a structural umbrella reporting to BC Soccer’s board of directors.

It’s worth noting that League1 BC isn’t the only new-league development that seems set to happen out west: there’s a long-rumoured second division that could involve the likes of the Victoria Highlanders or the TSS Rovers, and it would feature regional divisions on a national scale. Should that fall into place, there would be three tiers of domestic football out west: The Canadian Premier League, the unconfirmed second division, and League1 BC.

It feels like this is a missing piece to the puzzle that we’re trying to put in place, that I think BC Soccer has a part to play in. There’s other areas and other groups that are targeting other levels of the game as well that we don’t necessarily run or control.

With May 2022 now set as a launch date, there’s sure to plenty of League1 BC news pouring fourth in the coming months as teams unveil themselves and rosters are put into place – and with them comes important growth for football, both on the pitch and off, in British Columbia.