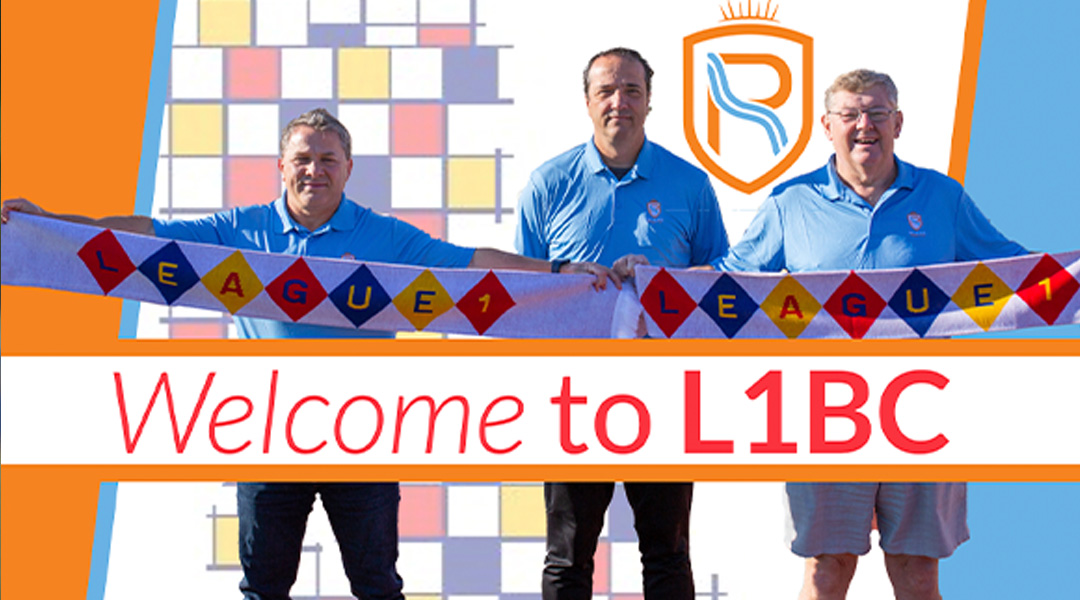 The third League1 BC team to be announced will call Kamloops home, bringing a higher level of competitive football to BC’s interior region.

Today, the newly-established semi-professional league has granted a league license to Rivers FC, a brand new team based out of Kamloops that will field both men’s and women’s teams for the inagural League1 BC season in May 2022.

The club will build its identity around the interior’s unique topography, with an obvious precedence going towards the north and south Thompson Rivers which meet in Kamloops. Fittingly, the club’s colours will be ‘Thompson Rivers Blue’ and ‘Okanagan Sunrise’.

Like the Rivers themselves, the club hopes to connect the region, while adopting some of the virtues that define both arms of the Thompson; strength, speed, at times beauty, and sometimes danger.

In public city counsel notes regarding to a new club in North Vancouver, it was stated that League1 BC will be helping to curate branding for local sides with a strong focus on local roots, and the above description certainly fits the bill.

The club has also released a teaser for what will presumably be its inaugural home kit, too:

Rivers FC also hopes to make a splash in surrounding markets, with League1 BC stating that it hopes to unite the regions of Ashcroft, Barriere, Chase, Cache Creek, Merritt, Monty Creak, Prithcard, Sorrento, and others, in a similar vein as York United with the York Region.

Thompson Rivers Wolfpack head coach John Antulov has been named the technical director for the newly-minted side, and he states he’s delighted to be involved with the project.

I am delighted to be involved with Rivers FC. It is vital to have a semi-pro circuit in BC, especially with a franchise in the interior. This is a crucial piece in the development pathway for players, coaches, referees and staff who want to go further in the game and play professionally, as well as with our Canadian national teams. In the interior specifically, it will be that missing piece that will keep players in the game competing at a high level.

The brand new team has also named Nicholas Rinaldi as its inaugural Club President, with the head of Rinaldi Investment Group having had a longstanding history with community sports in the Kamloops area. Former Kamloops Youth Soccer Association Executive Director Keith Liddiard will serve as executive director for the team, which will be run by a non-profit board of directors. Liddiard estimates the team will cost about $150,000 per year to operate, with travel being one of its major expenses.

Wolfpack women’s coach Mark Pennington told CFJC Today that he expects several of the university’s own talent pool to fill roster spots on the squad in the U SPORTS offseason, with the squad likely comprised of both youth players and alumni. In the early days of Rivers FC, fans can expect the fledgling side to lean heavily on its university affiliation.

It was exactly one month ago when League1 BC was officially announced, with the semi-professional league expected to announce a total of seven teams prior to its May 2022 kickoff date.

The semi-professional league has already announced the additions of the Vancouver Whitecaps and TSS Rovers as license holders, with Rivers FC now arriving as the first brand new team that doesn’t predate the league itself.

While the league has released an initial wave of details regarding its standards, schedule, and the expected number of teams for the inaugural campaign, the full gamut of details have yet to pour forth.

For today, we’ll leave the pouring forth to Rivers FC.