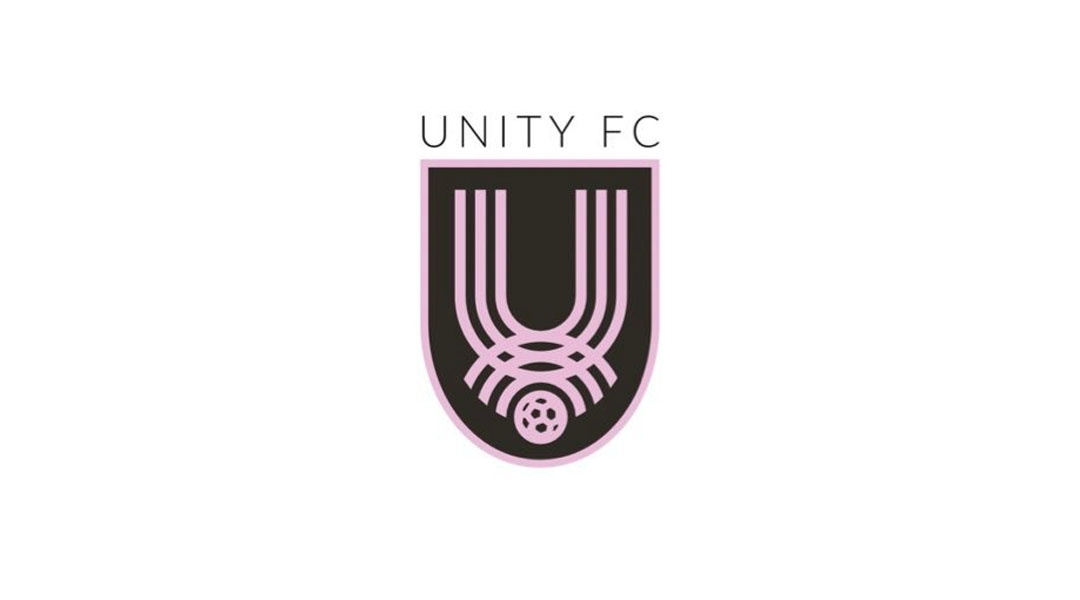 Football is coming to Langley through the fifth of seven announced inaugural League1 BC sides.

Today, the semi-professional league revealed that a brand new club called Unity FC will join the league for its launch next May.

A sharp black-and-pink colour combo (described as Trinity Dawn and Midnight Black) is prominent on the newly-revealed club logo, which features three distinct lines that are a nod to unifying transportation gateways of Golden Ears Bridge, Highway 1, and the Fraser Highway. These three lines form the shape of the letter U, with a reflection below it alluding to the Fraser River itself.

I am extremely excited about the prospect of this league and its ability to develop the next level of talent needed to sustain the growth and success of soccer in Canada. I have seen first-hand how a league like this one can be the step a player needs in their personal development. No longer do players have to go to the other side of the country or travel to the US system.

With League1 BC set to focus on the development of university-age domestic athletes, the club’s ties with the Trinity Western Spartans – who produced CF Montreal’s Joel Waterman – is sure to play a big factor in the club roster, especially given that three university coaches are attached to the side.

We are confident the partnership with Trinity Western University associated with the professionalism of the people involved with the club and the support from the local community will create a remarkable organization to proudly represent the region.

It appears the club itself is still working on a digital presence, with a brand new Twitter account having yet to make its first tweet. Similarly, the club does not have a website as of yet – though it’s early days for the new League1 BC side.

The newly-founded league revealed its first license holders to be the Vancouver Whitecaps and TSS Rovers, with brand-new sides Rivers FC and Altitude FC coming ahead of tomorrow’s announcement.

The league is expected to launch a club based on Vancouver Isle, though it remains to be seen what will come next. With two more sides left to go, the inaugural League1 BC clubs are now almost fully unveiled.