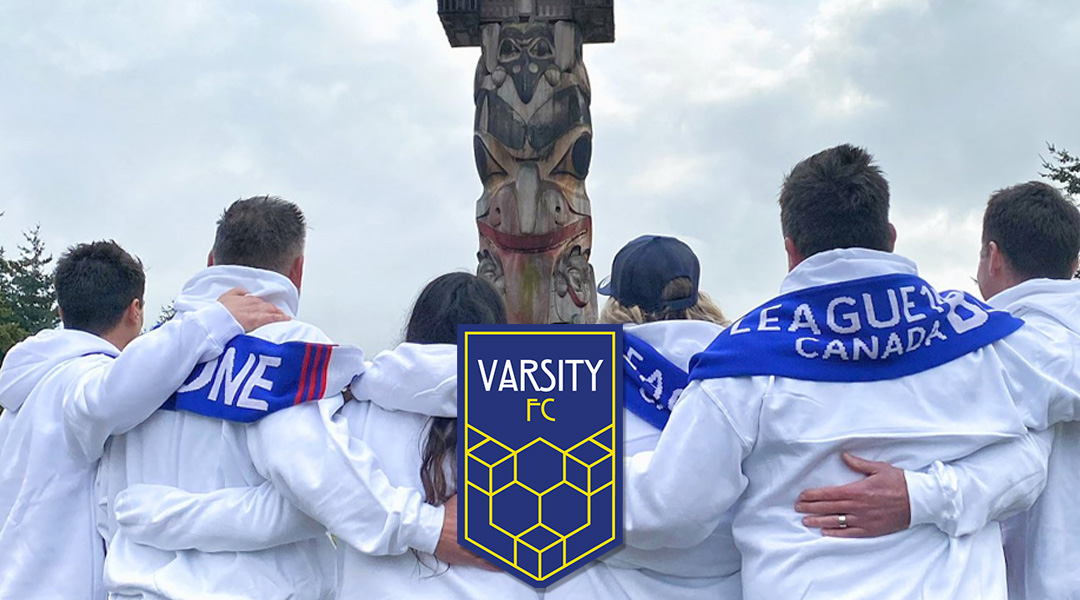 We reported last week that League1 BC side Varsity FC had been purchased by Hope and Health For Life Society, a non-profit which aims to increase access to sport for development and social impact opportunities with a focus on Indigenous children and youth.

While former owner UBC Athletics will still remain an active partner to the club, it looks like one of the first big changes to come under new ownership will be a club rebrand: the Varsity FC Twitter account has recently been renamed to ‘team and name under transformation’.

Hope and Health will still operate the League1 BC club under its pre-existing licensing agreement with BC Soccer, with the new owners also having confirmed that the club will still call Thunderbird Stadium home for 2023.

It’s identity beyond that, however, looks to be set for a total overhaul.

The club says it will update its identity in the spirit of Nautsa’ mawt (one mind, one heart), with the team’s co-founders, advisors, coaches, and several players recently gathering ahead of the rebrand.

The Naut’sa mawt tribal council serves eleven different Coast Salish member nations situated along Vancouver Island and the BC’s coastline, with the League1 BC club’s home ground within this territory.

The fledgling club’s first season was largely successful, with both the men’s and women’s teams finishing top of their respective regular season tables. The women’s team also representing League1 BC at the first-ever League1 Canada Women’s Inter-Provincial Championship.

“We thank UBC Athletics for the support provided to all players, coaches, and fans in 2022 and we look forward to welcoming the new ownership group into the League1 BC family,” said BC Soccer Director of Operations Gabriel Assis during the club’s sale last week. “We are pleased to accept an organization that is committed to the vision of the league and our vision to support all reconciliation efforts for Indigenous Communities in BC.”

It’s expected that the new rebrand for Varsity FC will come in the near future. The 2023 League1 BC season will also see the introduction of Harbourside FC in Nanaimo.