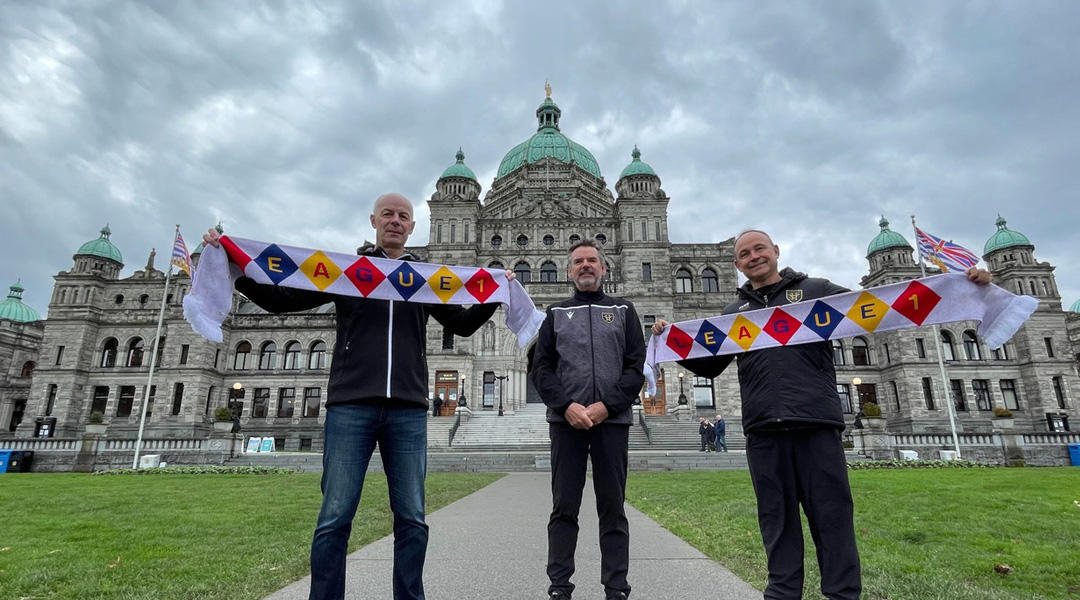 As has been long expected, the Victoria Highlanders have now completed their shift from the USL2 to League1 BC.

The Vancouver Island-based side becomes the sixth of seven inaugural club announcements for the semi-professional BC soccer league, and the first to represent the Isle.

The side also announced an internal restructuring that sees the club combine forces with Vancouver Island FC, which formerly played in the Women’s Premier Soccer League.

This is a perfect fit. Two organizations coming together to offer opportunities for island players. Our vision with VIFC when we entered the WPSL was to provide a playing environment for top female players. With that, we also wanted young female players to see what the possibilities were when they came to watch the team play. With women and men together, we are able to offer consistent structures and fan experiences as a complete Highlanders team playing in League1 BC.

With both sides now unified under a League1 BC license as the Victoria Highlanders, the club will field both a men’s and women’s team when the 2022 League1 BC season kicks off next May.

Former head coach Thomas Niendorf is now listed as the club’s managing director, describing the switch to League 1 BC as a fantastic opportunity for the side:

With the growth of soccer in Canada, the time was right for the Highlanders to join the Canadian soccer pyramid and continue to assist in the growth of soccer on Vancouver Island and British Columbia. We have high expectations for both programs to be competitive from the onset and are looking forward to bringing this level of soccer back to the community.

The Isle-based side is still in the process of finalizing its home venue, with Royal Athletic Park and the University of Victoria’s Centennial Stadium both listed as options.

The club was founded in 2008, beginning play in the PDL a year afterwards. It has helped several current Canadian Premier League players along their development pathways, with athletes like Cory Bent, Josh Heard, Jamar Dixon, Brett Levis, Peter Schaale, and Nolan Wirth (among others) having previously played for the side.

The side’s most successful year came in 2013, when it finished top of the PDL’s Northwest division and reached the playoff semi-final stage.

The club will retain its traditional black-and-gold branding, with BC Soccer’s Gabriel Assis describing the Highlanders as a nationally recognize organization with a tremendous history in the province.

The team had once been rumoured to be considering joining the national scale second division, but sources told Northern Tribune that it had pulled out of such a venture this March. That national second division now appears to be downscaling to a Prairie-based third division.

With five other license holders already announced (the Vancouver Whitecaps, TSS Rovers, Rivers FC, Altitude FC, and Unity FC), there is only one more expected club announcement ahead of the inaugural League1 BC season.